The Pearl of Tiger Bay 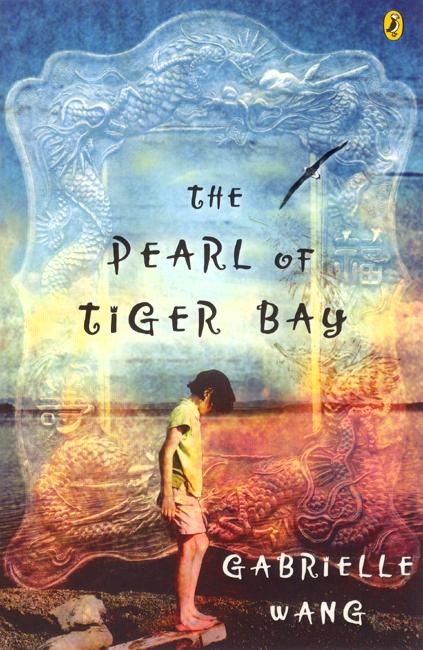 Light, fast paced and cheerful in tone, this is a delightful story in which the kids of the town, under the leadership of Annie and with a touch of Chinese magic, solve the mysteries of the past and foil the town bully

Quite simply, The Pearl of Tiger Bay is a treat.

This book is suitable for most people who like a variety of mystery, adventure, courage, friendship and teamwork in their stories. The book embraces you that you can’t take your eyes off it. To understand this book properly you must look into your heart, soul and let your spirit soar

Suddenly, Annie felt a cold flutter touch the back of her neck. Someone was watching her, she was sure of it. She glanced up at the limestone cliff behind her. It was then she noticed a creepy old house with blank staring eyes, its outline barely visible against the thin cover of clouds.

When Annie moves with her family to the seaside town of Tiger Bay, she finds a place full of secrets, mystery and a strange sadness. Most mysterious of all is Madame Olenka, who lives in the Pearl, a grand dilapidated hotel on the cliff above the township, and has not spoken to anyone in thirty years. 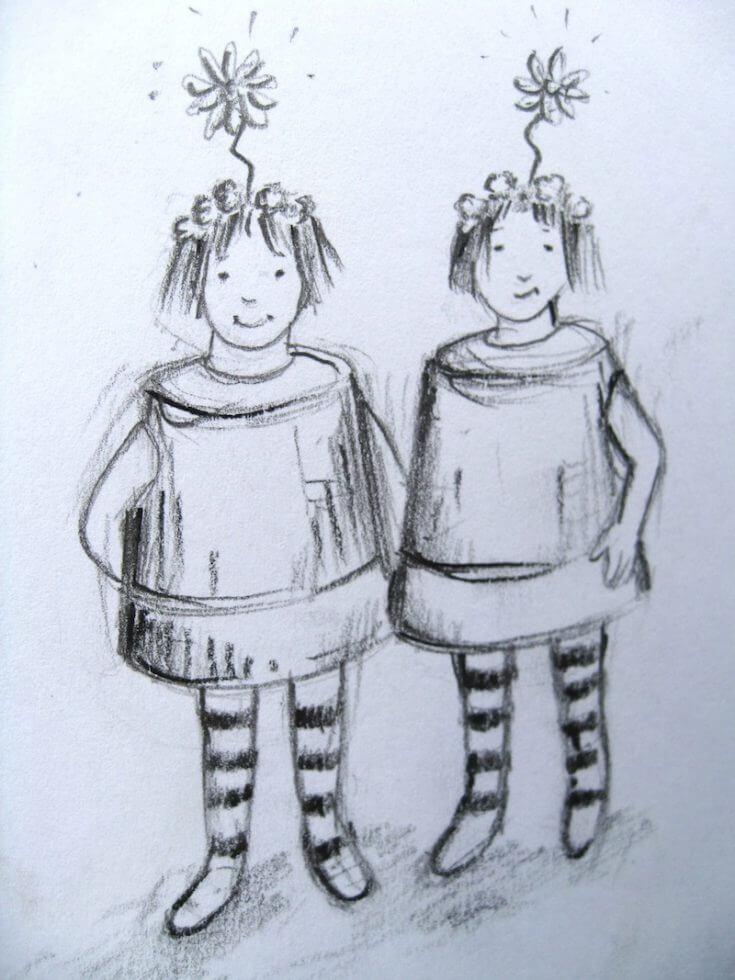 “Light, fast paced and cheerful in tone, this is a delightful story in which the kids of the town, under the leadership of Annie and with a touch of Chinese magic, solve the mysteries of the past and foil the town bully. There are echoes of Hazel Green in Annie’s directness and in the multinational cast of characters. Jin’s Chinese grandmother in particular, is a strong element in the story. With charming little b&w illustrations by the author, and some humorous episodes, this is a warm and entertaining story for mid to upper primary readers.”~ Magpies

“On the whole, The Pearl of Tiger Bay is a gentle, old-fashioned story. Nobody swears. Nobody gets hurt, really, though there is the back story of a drowned child. Even the not-so-nice boy, with the unlikely but appropriate name of Doo Doo, is won over eventually. You can safely give it to your eight-year-old, who will probably also enjoy the fact that adults in the novel are mostly in the background, except those needed to play a role. It’s not that they aren’t important, but the children do all the problem solving, just as they do in all those novels about five children and a dog cracking the mystery baffling local police. Annie is, perhaps, too good to be true, turning a dull little town around and giving the local kids something to do five minutes after she arrives, but hey, it’s all part of the kind of fantasy children enjoy. And it’s a nice break from the real-life dramas that have taken over so much children’s and YA fiction in recent years.”~ January Magazine

“Quite simply, The Pearl of Tiger Bay is a treat. It’s easy to read, yet the story is involved enough to sustain older, less confident readers. Annie’s friendship with Jin and his family offers subtle insights into Chinese culture. While this cultural element, along with issues of friendship, loss, isolation and community spirit, make the book ideal for class study, primarily The Pearl of Tiger Bay is a wonderful, entertaining read to recommend readily for 7 – 11 year-olds.”~ Australian Book Seller and Publisher

“Young people in the 9-12 year range will love The Pearl of Tiger Bay. Annie is a strong character who will be inspirational to young girls, especially those facing a move to a new home. Incidental illustrations by the author break up the text nicely, making it an easy read.”~ Reading Time

“The part that I like the best is when Annie and the kids performed the most beautiful play with Madame Olenka. I really wanted to know how it would end. The action in this book goes in lots of directions – which have nothing to do with the Pearl. The Pearl is not a precious piece of jewellery, but a hotel on the coastal area of a place called Tiger Bay. It’s what happens to Annie and her friends to save Tiger Bay. Annie has been taken away from the city to live there. The first person she meets is the mayor who tells her about a girl who died near the rocks at Tiger Bay and is considered as a ghost girl. It is up to Annie and her new friend Jin to help Madame Olenka, who lives at the Pearl and to find her own true self. I enjoyed reading about Annie and how she created a Theatre of Little Stars in her quest to save the Pearl from demolition. Does she succeed? Who is the ghost girl? These were questions I kept asking myself as I read. This book is suitable for most people who like a variety of mystery, adventure, courage, friendship and teamwork in their stories. The book embraces you that you can’t take your eyes off it. To understand this book properly you must look into your heart, soul and let your spirit soar.”~ Amber, Year 6

“I really liked the The Garden of Empress Cassia. You are a very talented writer (as you would know already judging by all the terrific awards you have). I am in Grade Six and I have a fantastic school librarian who recommended your books to me. I have also read The Pearl of Tiger Bay which is my official favourite book in the world.”~ Ebony, Year 6 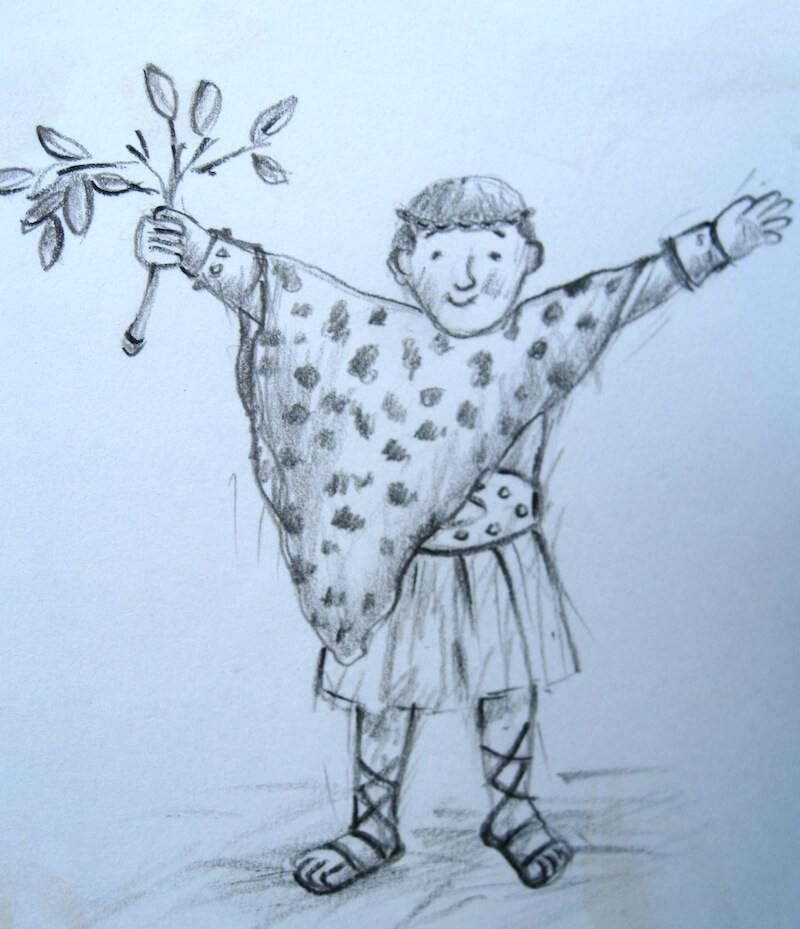 Background
There are two elderly characters in The Pearl of Tiger Bay. One is Por Por, Jin’s ghostbusting grandma and the other is Madam Olenka, a strange old lady who lives in a dilapidated hotel that overlooks the town. The Pearl used to be a world famous hotel in its heyday, but when Madam Olenka lost her little girl thirty years ago, she shut the place down and locked herself inside, refusing to speak to anyone. With the closure of The Pearl, the little town of Tiger Bay seemed to die too.

The inspiration behind this book came from the time when I snuck into a spooky old mansion with my best friend Wendy when I was nine years old.

A Ghost in My Suitcase is a prequel to The Pearl of Tiger Bay.

The photo you see below was taken at the Dromkeen Literary Lunch where I was invited to speak. Here I am with actors from No Mates Theatre Group. They dressed up as characters from The Pearl of Tiger Bay. Anotoly Sawenko is The Great Mironov, David Peake is Doo Doo, and Nicole Smith is Madame Olenka. 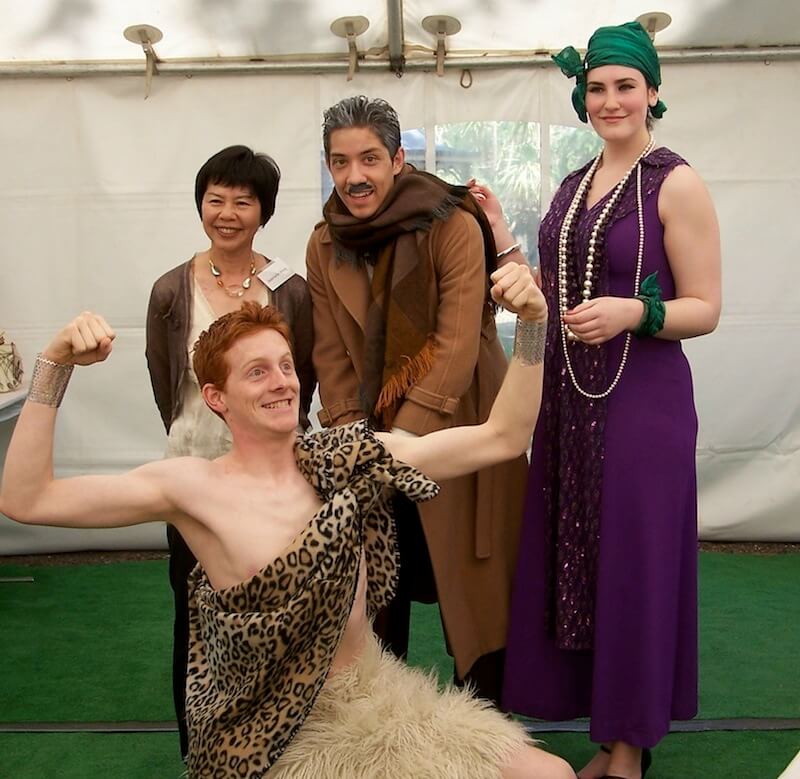