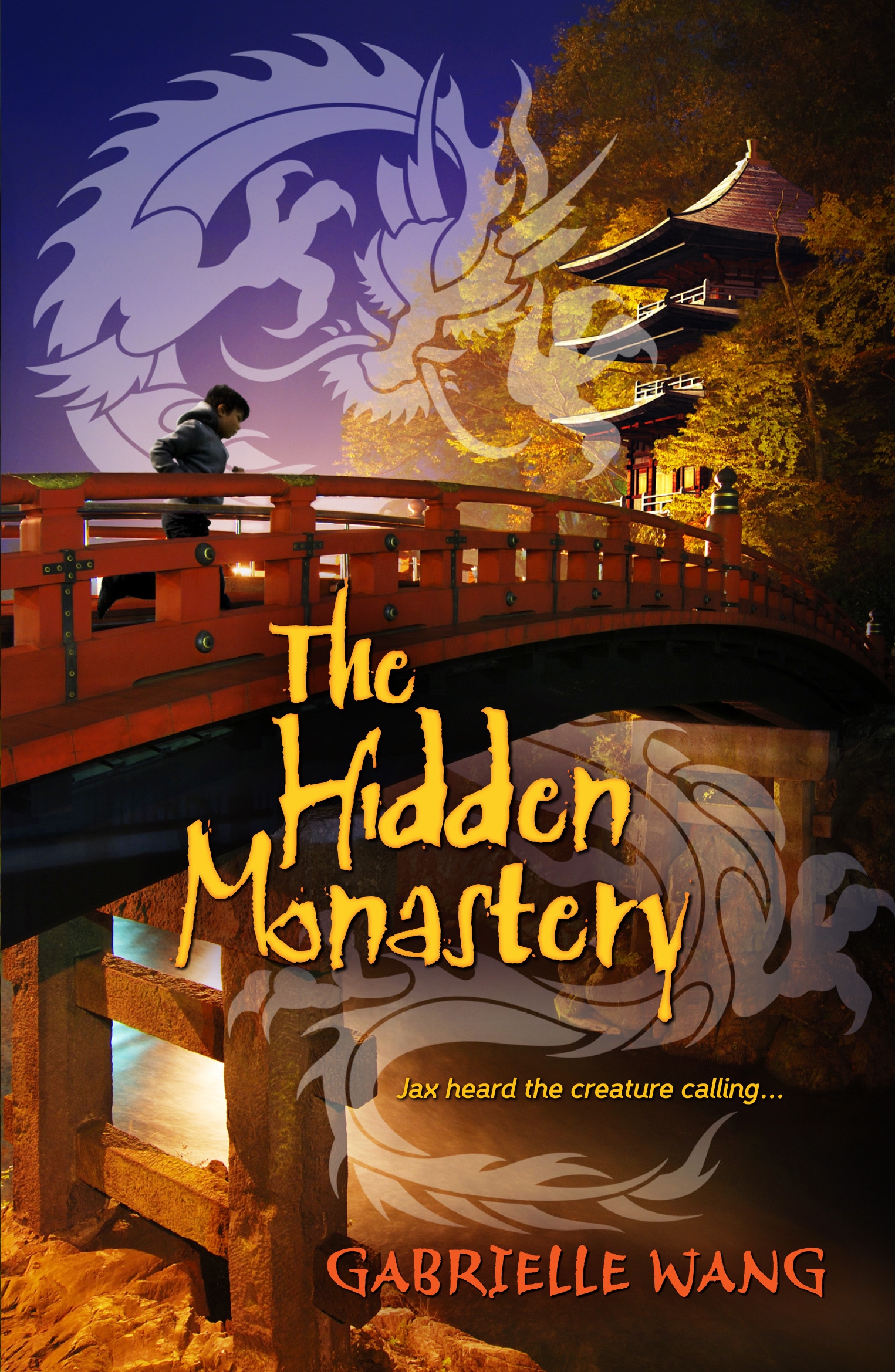 This is a heart-warming adventure that’s beautifully crafted and explores many themes: friendship, the need to belong, and the interconnectedness of people with nature.

Beautifully written and with lyrical descriptive passages, this story combines real, everyday problems of an immigrant child with intriguing ancient Chinese spirits and forces of nature

An outstanding book of its kind.

The Abbot said, ‘Peng is so powerful he can fill up the whole sky, and yet shrink so small he can sit on a blade of grass without it bending under his weight.’
‘No creature on earth can do that!’ said Jax.
‘But Peng is not from this world,’ the Abbot replied.

From the moment Peng fell from the stars as a tiny young creature, he and Jax have been connected. But it is not until twelve years later, when Jax stumbles across a mysterious monastery hidden deep in an ancient rainforest park, that he begins to discover his destiny, and what it means to be a Peng Master.

“Wang is one of the most intriguing new voices in Australian children’s fiction. A Chinese monastery in a Queensland rainforest and a boy destined to be a Peng master. Action-packed Aussie magical realism.”~ Kirsty Murray for the Australian

“My grandaughter, who is 10 years of age, borrowed a book from her school library, she read it and thought I might also like it, the book being The Garden of Empress Cassia, which I read and enjoyed very much, my grandaughter and I both paint, so this book had special meaning to us. My grandaughter then borrowed The Pearl of Tiger Bay, which we both enjoyed, and then The Hidden Monastery. What an incredible book, with such a powerful story. Even though Gabrielle’s books are primarily for children, I found the The Hidden Monastery, to have a special message. No matter what age, we need to look within, to find courage and strength, as did the character in the book. I have purchased all three we have read, and they are now circulating amongst my friends, my age, which is 56 years. I would recommend Gabrielle Wang’s books without reservation to anyone of any age. Many thanks Gabrielle, and I look very much forward to your next book.”~ Elizabeth

“Jax is a sensitive 12-year-old boy with a poor sense of self. But when he stumbles upon the protection of the Whispering Cloud Monastery, he finds friends and teachers that help him to explore and develop his hidden talents, shed his fears and ultimately fulfill his destiny. This is a heart-warming adventure that’s beautifully crafted and explores many themes: friendship, the need to belong, and the interconnectedness of people with nature.”~ Athina Clarke, Readings

“Gabrielle Wang’s enticing fantasy is richly inter-woven with intriguing Chinese images and sensibilities. Beautifully written and with lyrical descriptive passages, this story combines real, everyday problems of an immigrant child with intriguing ancient Chinese spirits and forces of nature. With plenty of action mixed with the magic, this book should entice boy readers as well as girls.”~ Chloe Mauger Magpies

“The very visual text places the reader right at the centre of the action. There are far more elements in the story than can be shown here, the forces of nature, Jax’s family life, the difficulties faced by migrants, street thugs, all of which are pulled together in a taut fabric.
An outstanding book of its kind.”~JZ Reading Time

“An unusual and thoughtful fantasy novel set in Australia and rooted in Chinese mythology and culture about two children Jax and Yu Yu and their various encounters with a mysterious being called Peng.”~NSW The School Magazine

“The Hidden Monastery was written by Gabrielle Wang. In The Hidden Monastery there is a mythological creature called Peng (pronounced Pong). The main characters are Jax , YuYu, Buzzy and The Abbot. Jax goes on a journey learning about himself. He learns to be brave and strong. The Abbot teaches him to control the power of his mind and to believe in himself. YuYu his friend was there to support him throughout the journey. It was extremely difficult to put his book down. The writing is very descriptive and easy to paint the scenes in your mind. It was like I was on the journey with Jax. There are many good lessons in this book about practicing and believing. I strongly recommend this book for ages 7+. I look forward to reading more books by Gabrielle Wang.”~ Tayger Art Tree 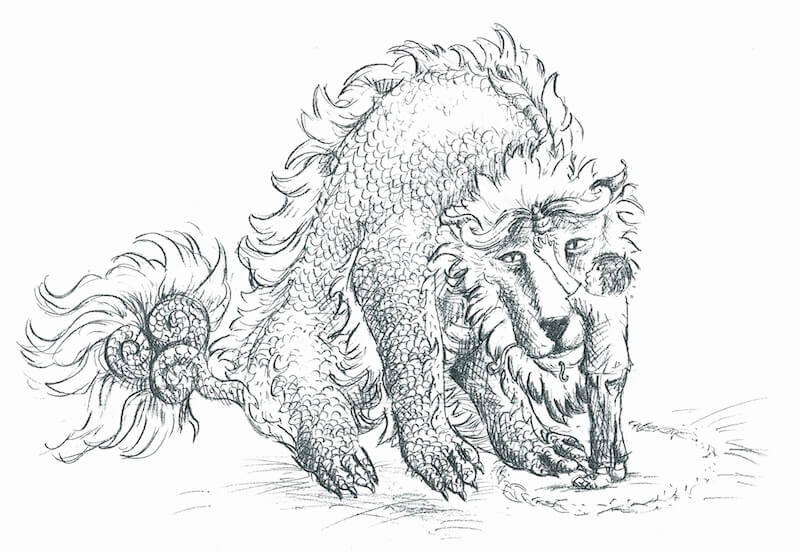 Ideas for stories come in many forms and at anytime. The Garden of Empress Cassia came to me in a dream. The Pearl of Tiger Bay was inspired by a childhood memory. The Hidden Monastery appeared as an image in my mind. The vision was of a boy with a birthmark in the shape of a creature on the palm of his hand. As the boy blew on the mark, the creature came alive, stood up, and danced on his palm.

I travelled to the Daintree rainforest in Queensland to do my research and to China to visit monasteries there.

Here is one of my diary entries while travelling in China:
Dec 2005
As we climbed up the many steps to the top of Putuoshan, Buddhist chanting came out of loudspeakers disguised as rocks. Tourists were dressing in opera costumes to have their photos taken. On the eaves of buildings were qilins, creatures with wings on their hind legs and shoulders. One statue was an elephant lifting its trunk. There were also fantastic dragons with bristling tails that circled back to meet the head – almost as though the dragon was eating its own tail. Monks and nuns were everywhere. That night there was a full moon. I stood in front of the monstrous knocker on the monastery door and imagined what it would be like for a boy to approach the doors of a monastery in the middle of the night. So dark and spooky.

Standing in front of an ancient pagoda I gazed up at the moon. It wasn’t hard to imagine being another person admiring the same moon in exactly the same thing spot one thousand years ago. 1000 year old gingko trees, one on each side of the door. Massive. How can anything live that long? What have they seen? If they could talk what would they say?

When I was a child, I saw a movie on TV called 20,000 Leagues Under the Sea, a story by Jules Verne. Ever since then I’ve been fascinated by deep sea creatures. It was only a matter of time before I would write about one.

While doing research for The Hidden Monastery on the internet, I came across an article about Bloop, the nickname given to a mysterious recording that was picked up by US navy spy equipment in 1997, and again in 2002. This equipment was a relic from the Cold War between USA and Russia, but when Russia was no longer deemed a threat, the equipment was given over to science. The Bloop, the scientists say, was more powerful than any calls made by any known creature on earth. This background information was perfect for my creature, Peng.

Around 256BC in China, there lived a philosopher called Zhuangzi. His philosophy comes in the form of stories, and one of these tales tells of a creature that starts life as a giant fish, then changes into a huge bird called Peng. This creature is so powerful he can stir up the water for three thousand miles around. And is so big his wings cover the sky like clouds. Zhuangzi’s creature greatly inspired the Peng of my story .