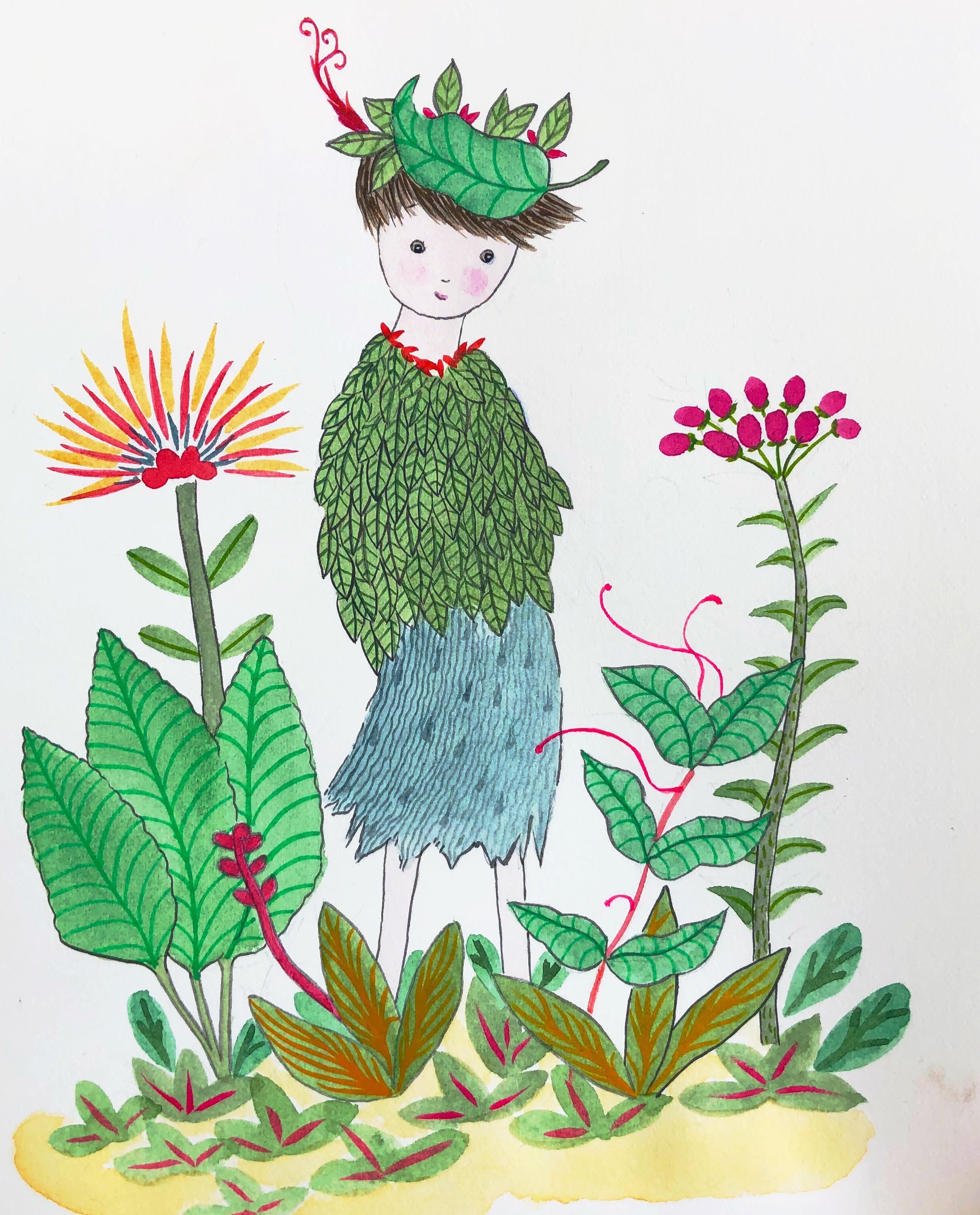 Travelling is an essential part of being a writer and illustrator.

There is travelling for research which I do often. For example while researching the bombing of Darwin during World War Two for the Our Australian Girl Pearlie series, I spent a week there feeling it, smelling it, getting an idea of the lay of the land and its people.

Then there is travelling to a new place to gather ideas. I may not have a project in mind but by being away the sparks certainly fly. Everything is new, the brain is open to ideas because there is none of the usual daily routine that tends to numb the mind.

The other thing I love about travelling is that I get a lot of work done. No washing, cooking, walking the dog etc. No housework!

On my recent trip to Hawaii I nutted out the main character for a picture book that I’m working on which would have taken me much longer if I had been at home.

Apart from the excitement of experiencing in person the erupting Kilauea Volcano on the Big Island, it was great to see the landscape on other islands as well. Each one has its own personality. The Hawaiians attribute the eruption to Pele, Goddess of Fire and Volcanoes. They honour Pele and even those whose homes have been destroyed by the lava flow, accept it as Pele’s will. I love that about the Hawaiian culture which is so closely tied with honouring Nature.

As my new middle grade novel, Ting Ting the Ghosthunter has just gone to press, (the publication day is September 2), I was able to only think about illustrating. And I couldn’t imagine a more idyllic place than Hawaii to paint. Picture this: sketching in a comfy cane armchair on the verandah of a plantation style cottage with cats and wild chickens to keep you company, no flies, mosquitoes, snakes or spiders, just a few clucking geckoes and the music of the waves in the background. 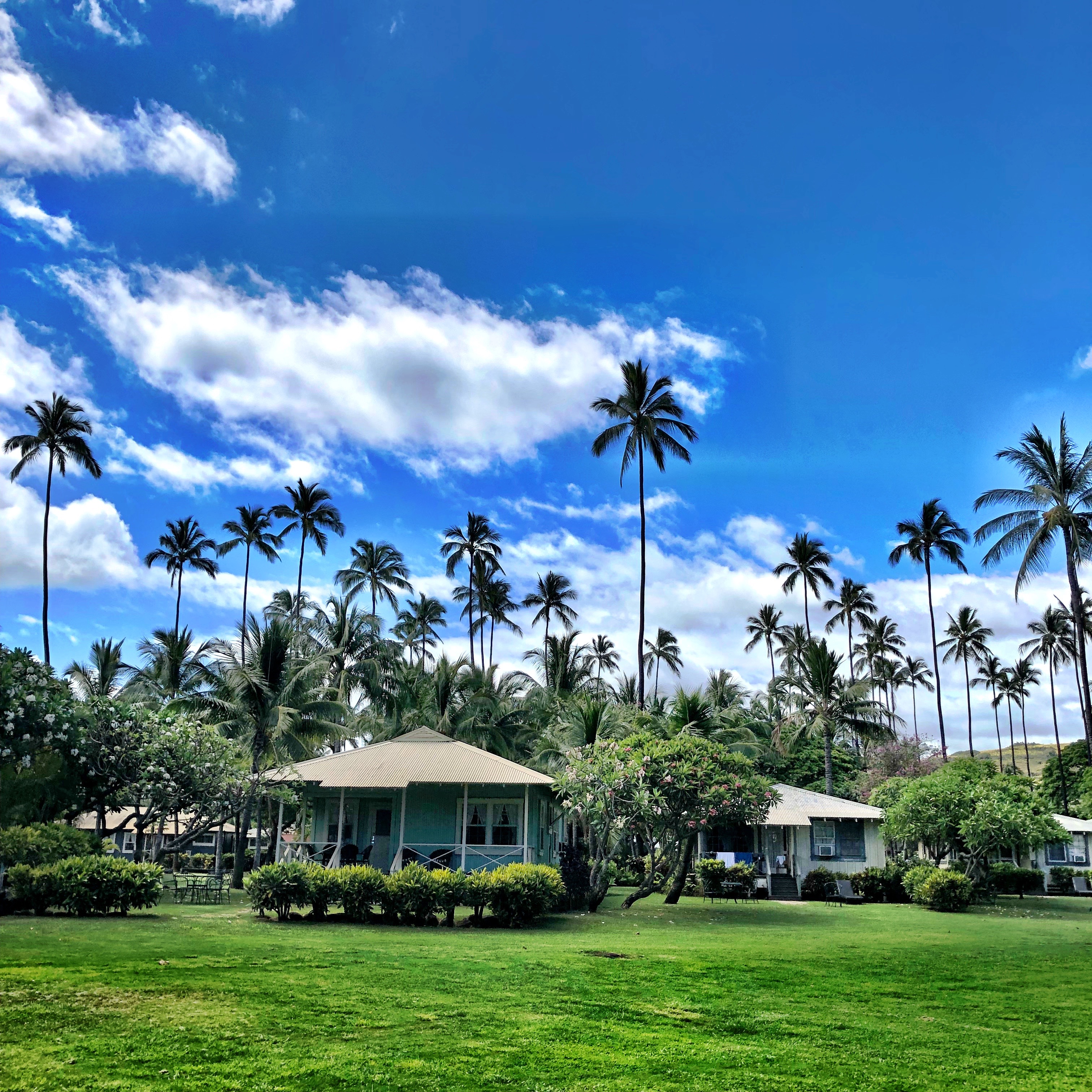 Waimea plantation cottages was the perfect place to relax and just paint and think. 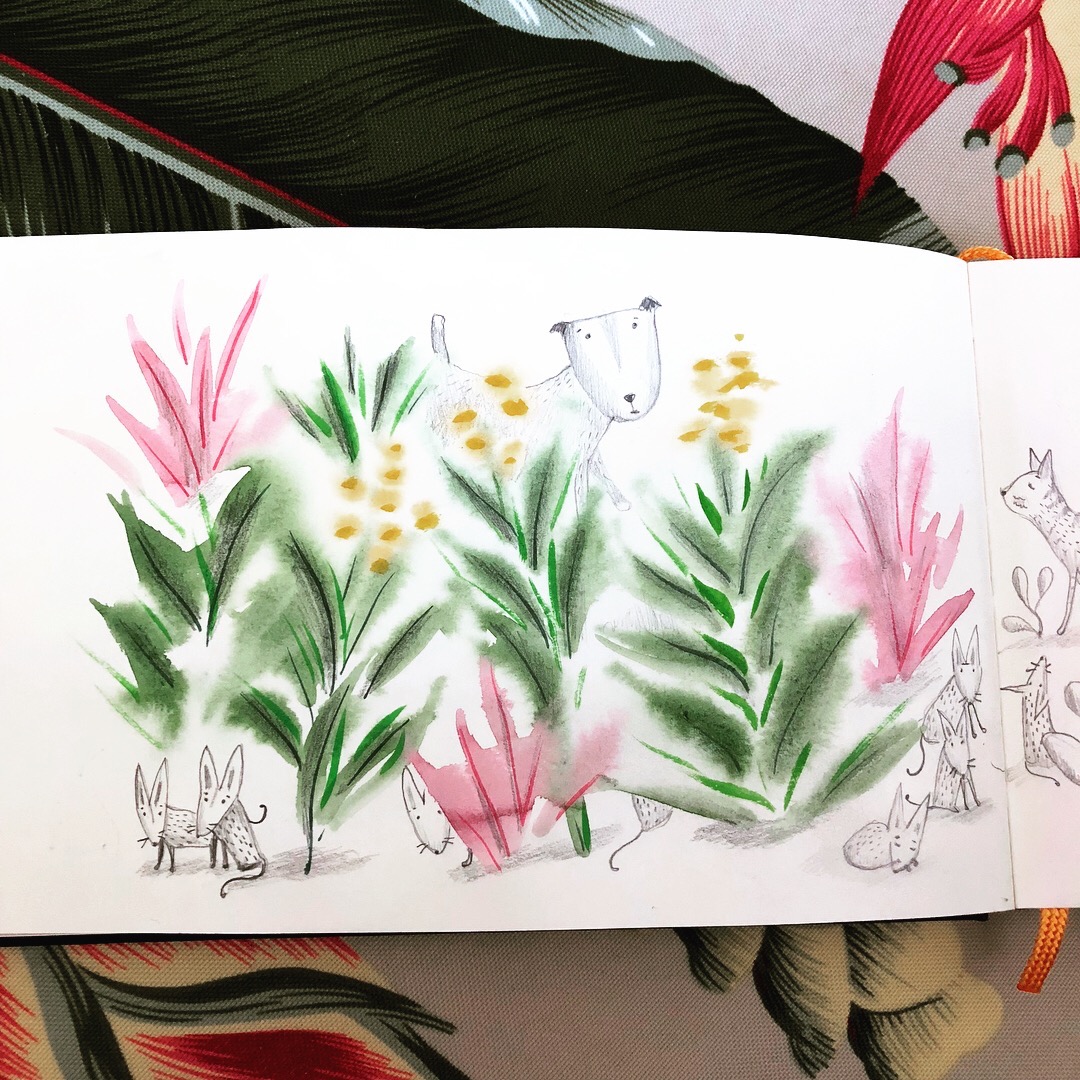 Sketchbook painting of rats in the ginger 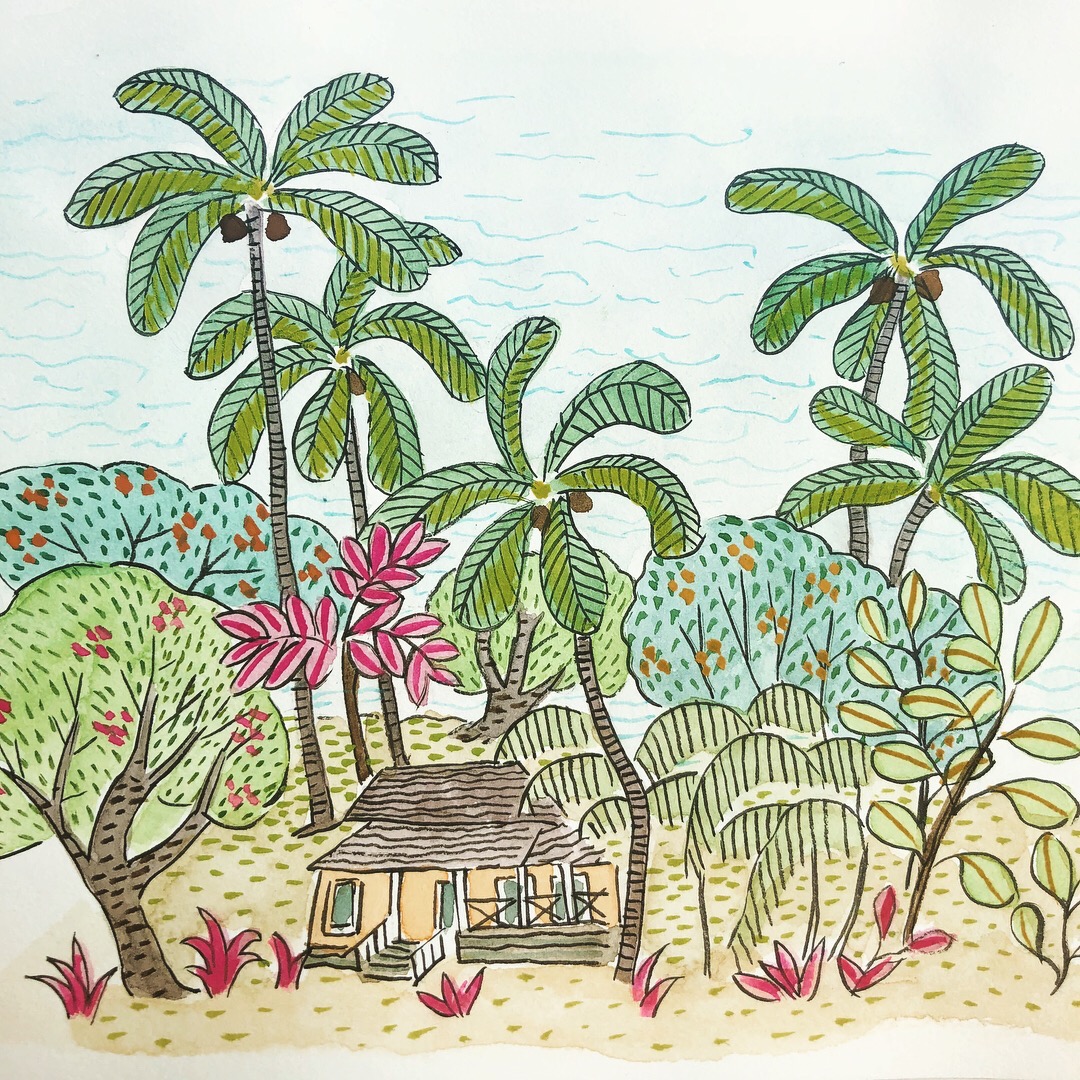 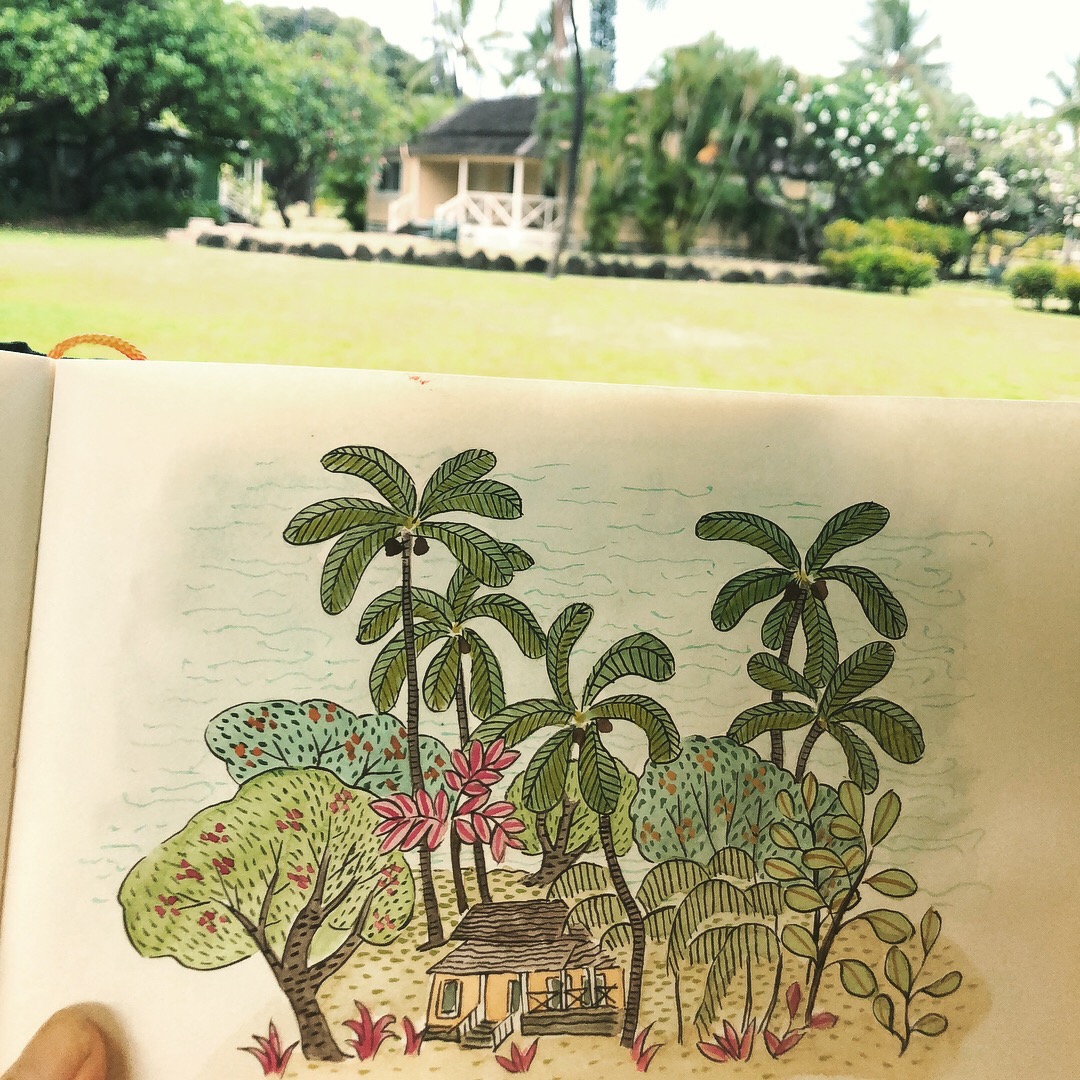 Painting in my sketchbook from life. 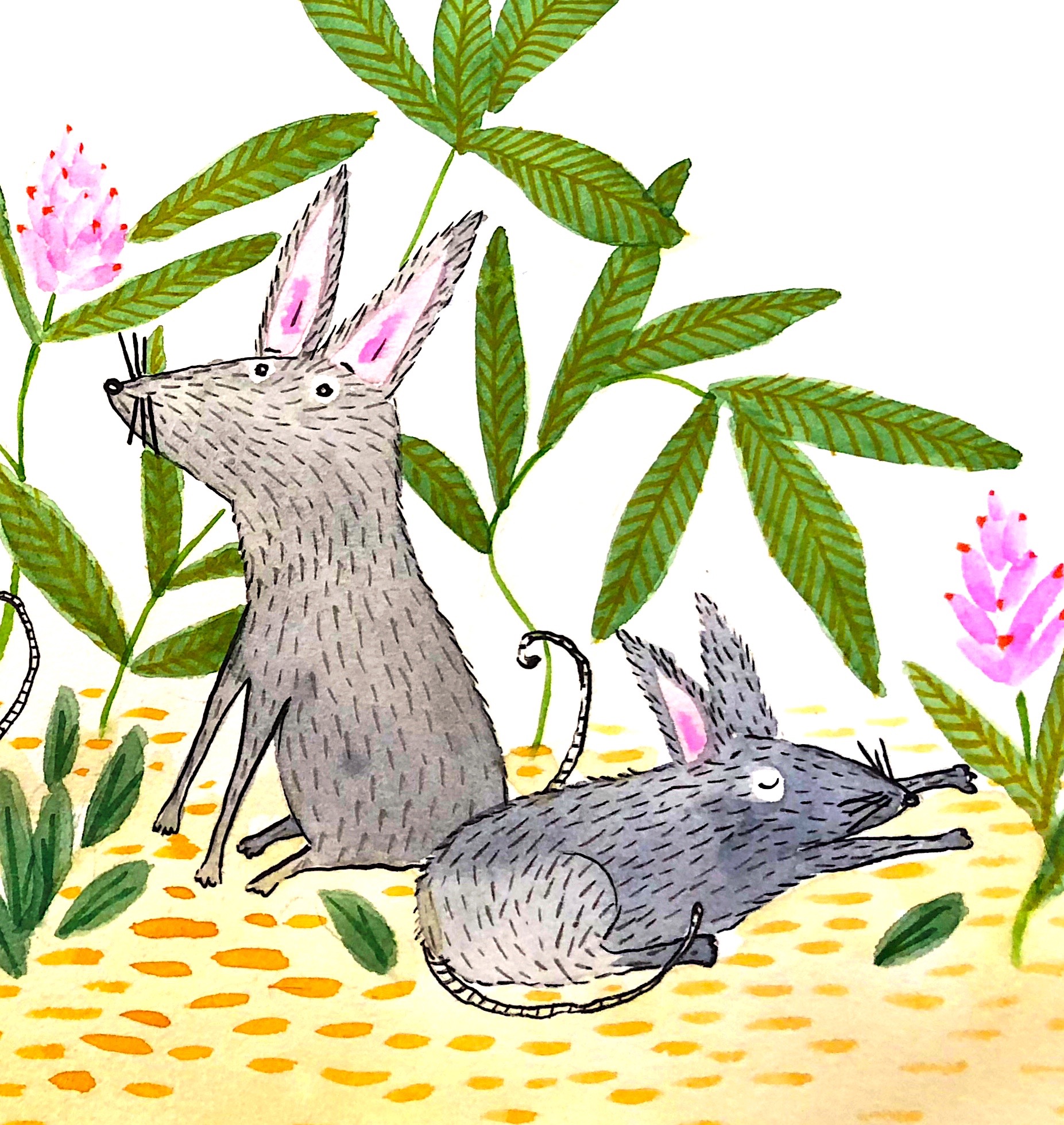 More rats in the ginger using a different style. 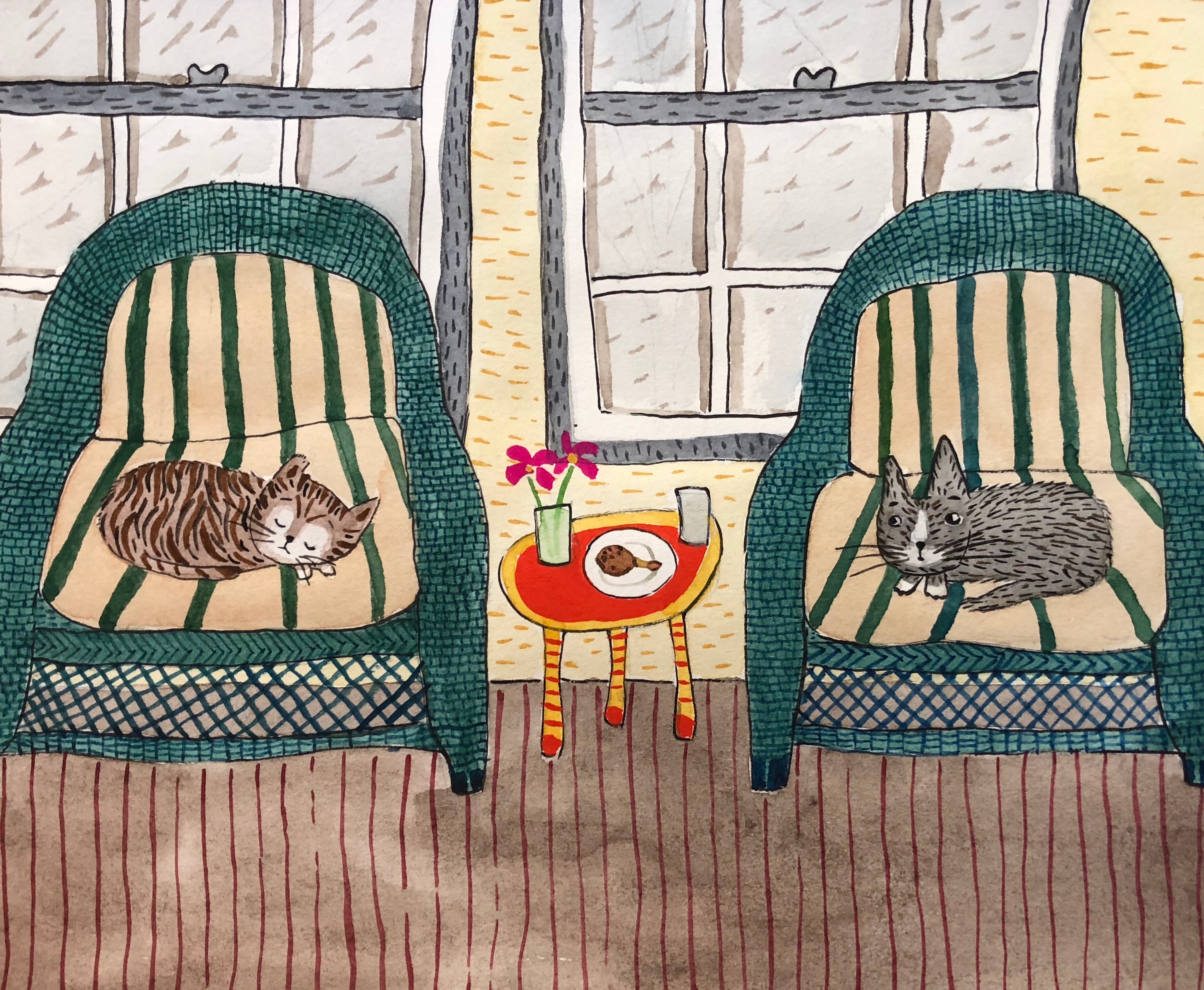 The cats that came to visit. 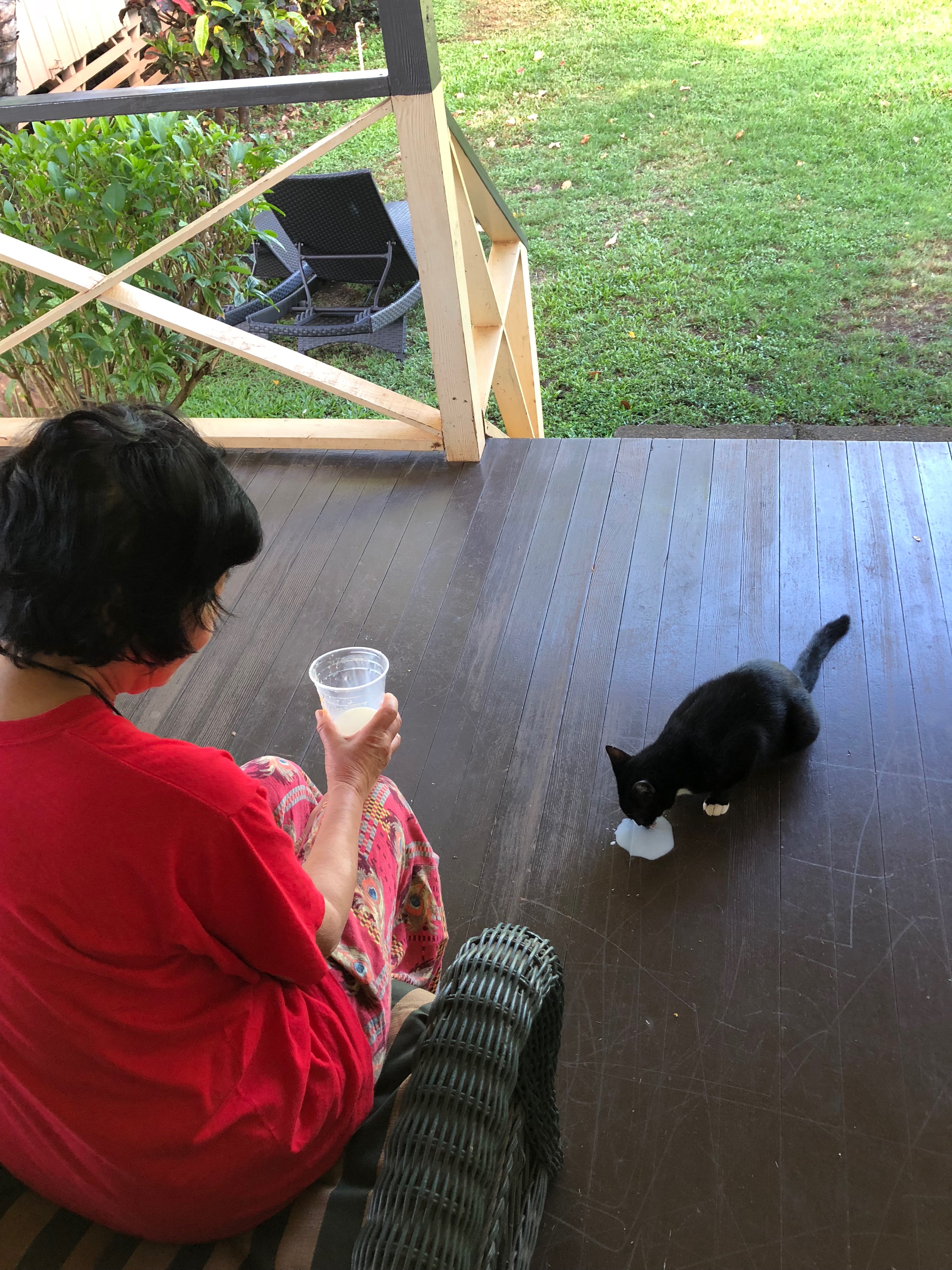 I couldn’t resist giving them a bit of milk even though they were well-fed. 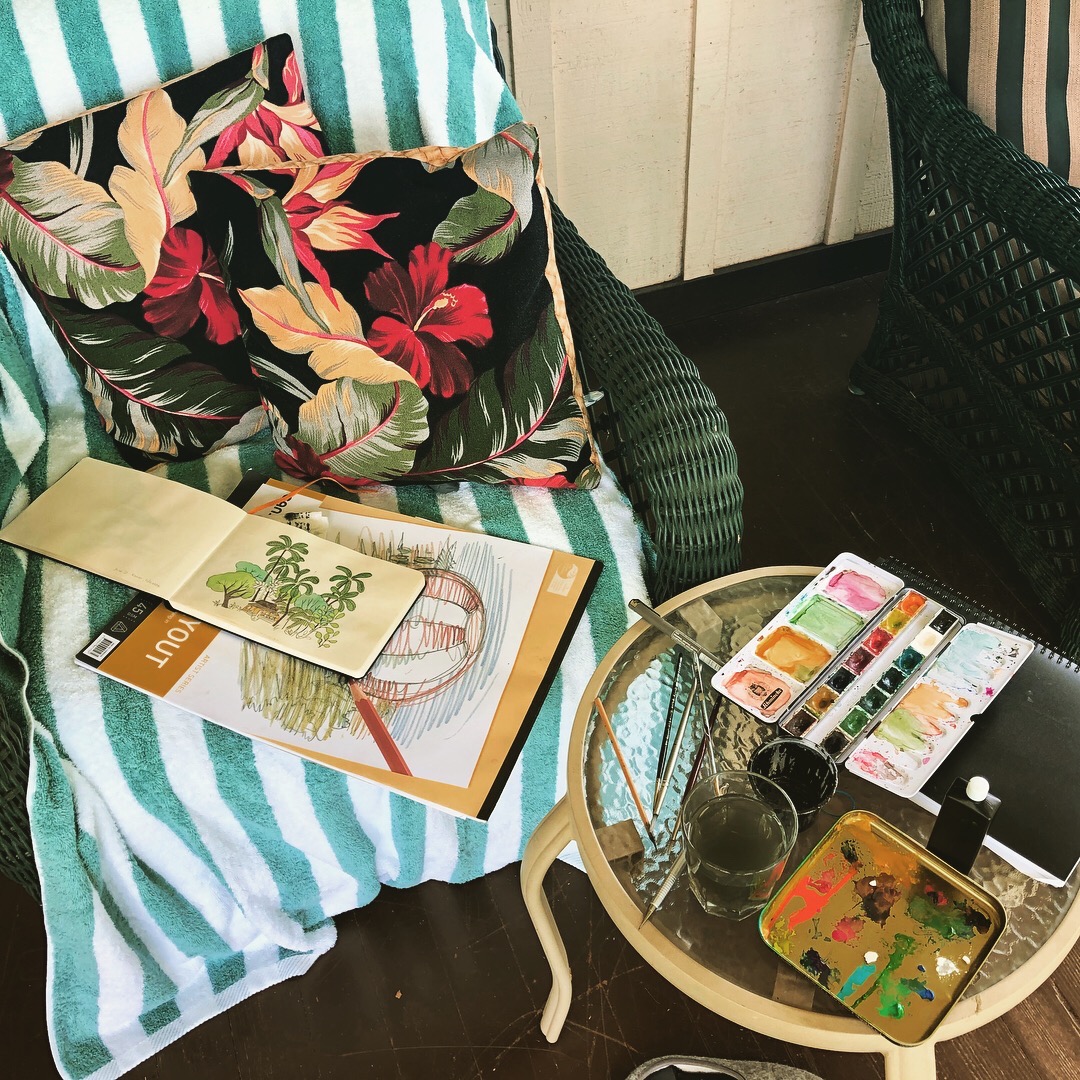 My comfy illustrating armchair on the verandah.

Painting on the Big Island at a table on the balcony overlooking a beautiful bay with palm trees swaying gently. 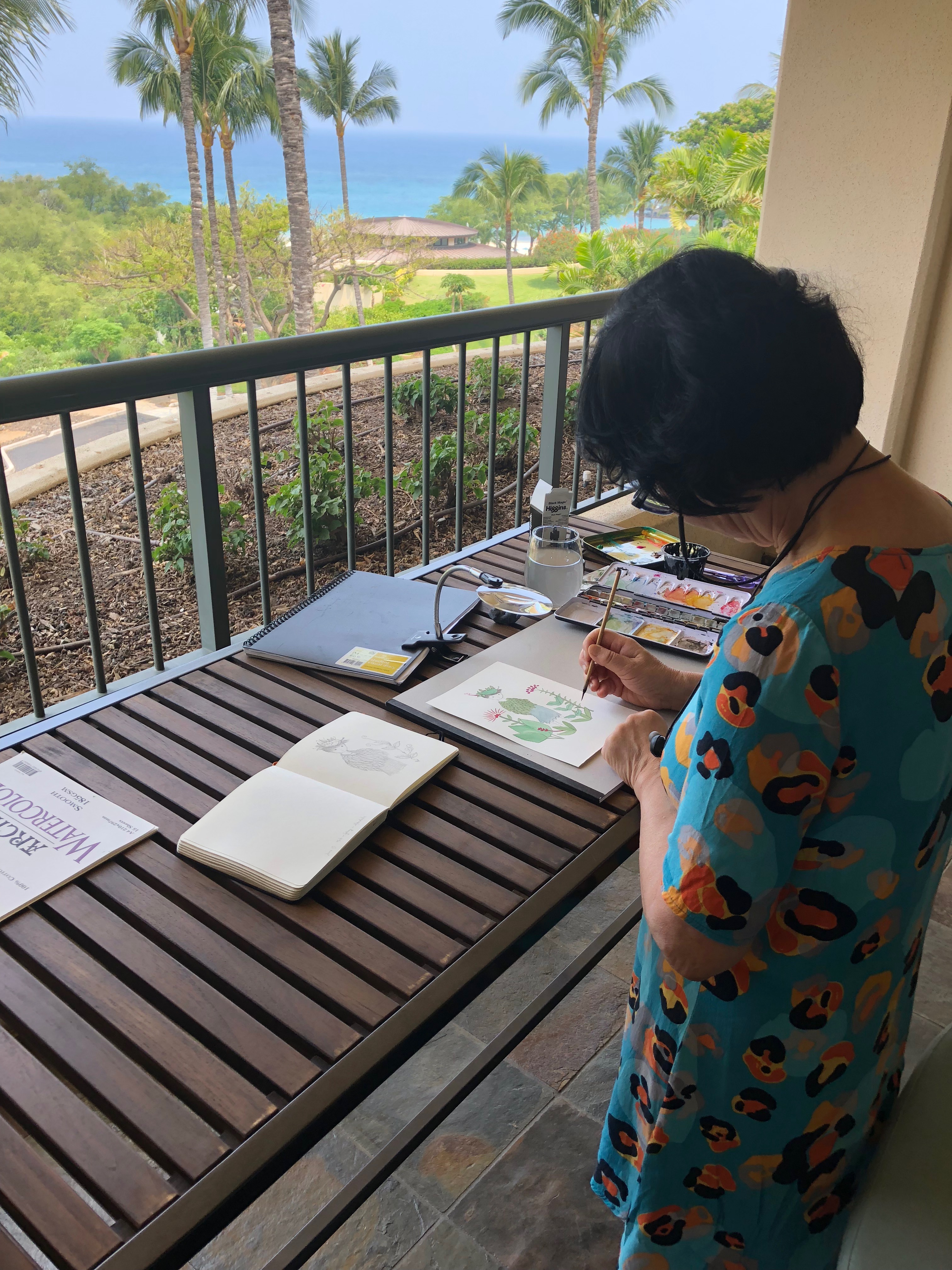 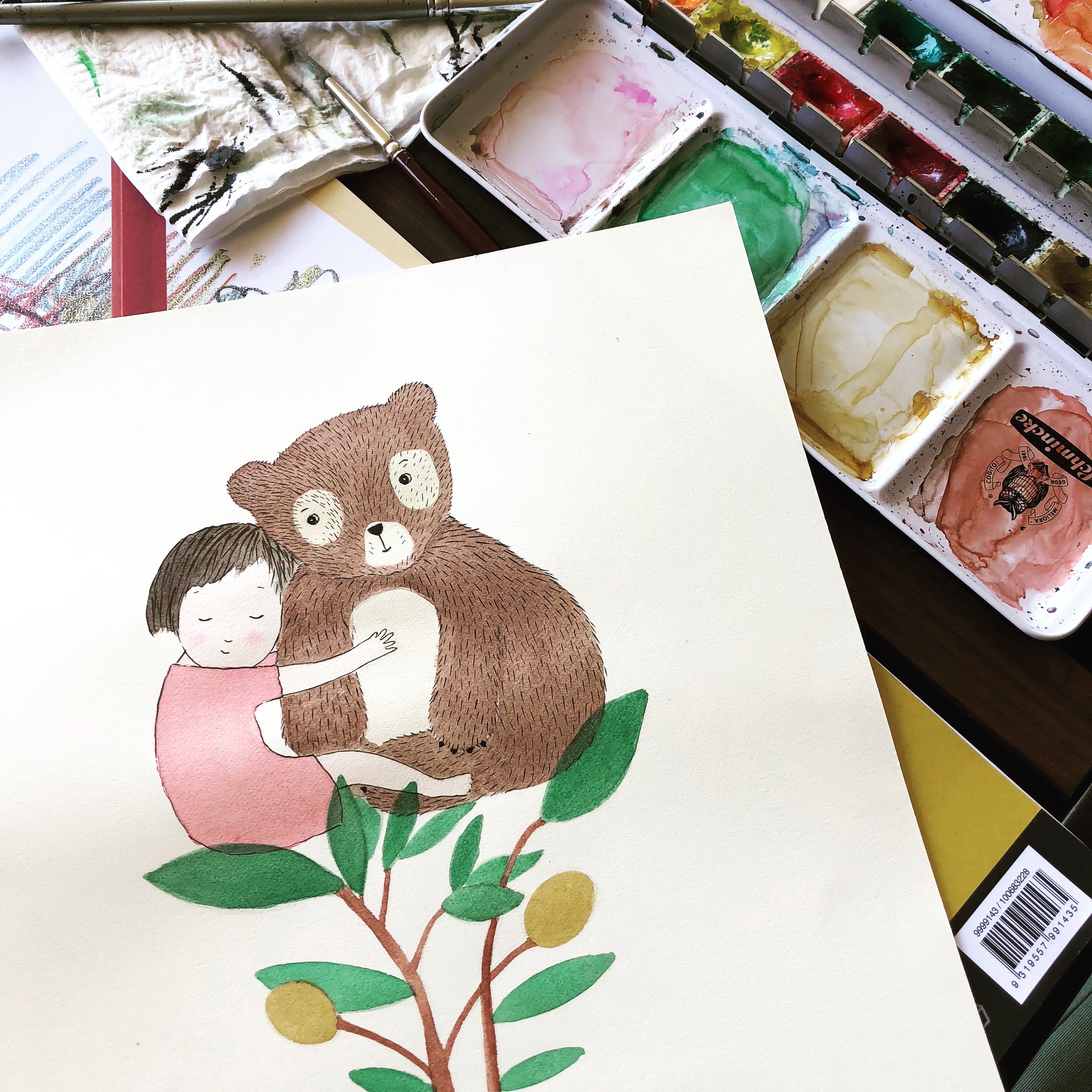 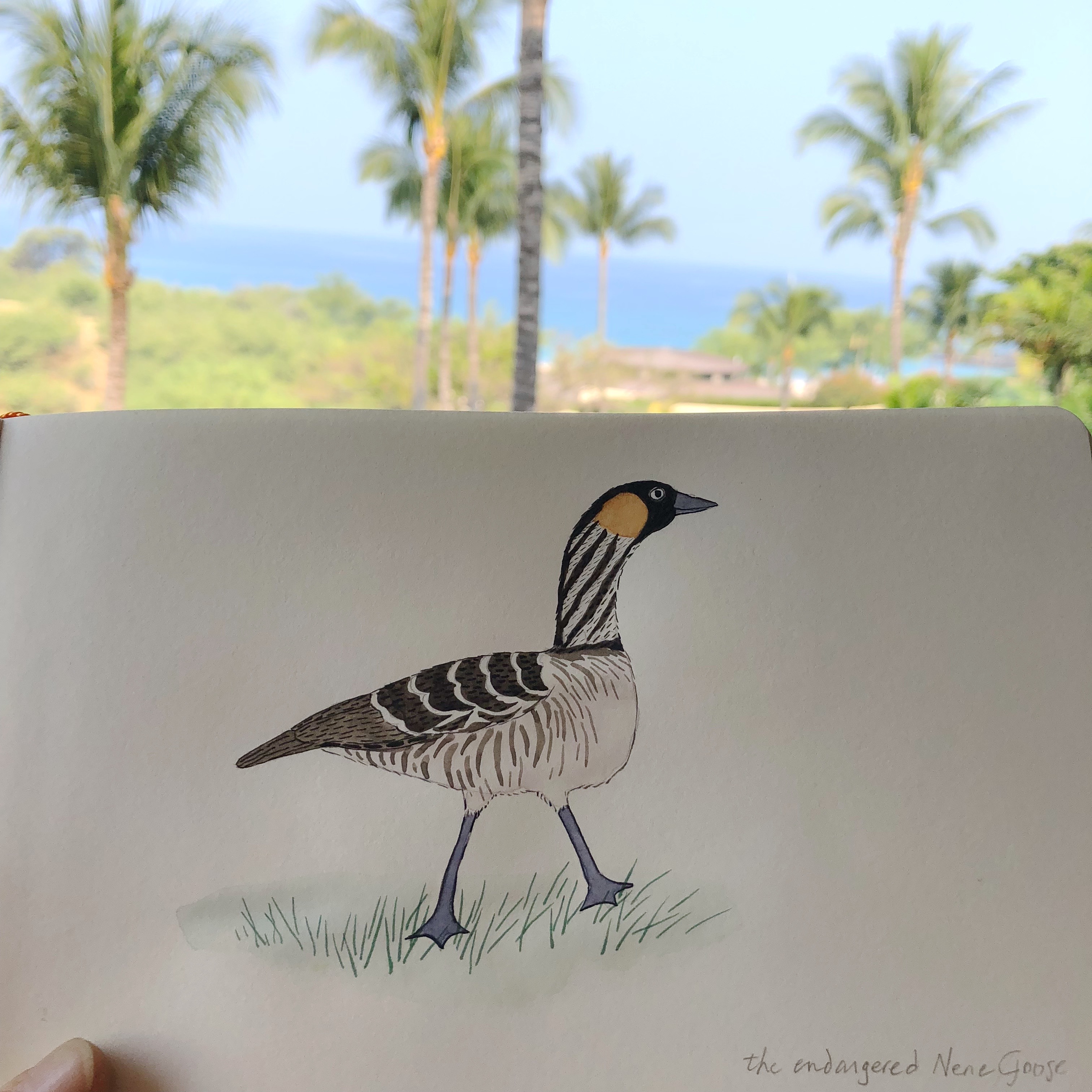 This is the endangered Nene Goose whose numbers have been devastated by the introduction of rats and then mongoose to control the rats in the sugar plantations. The only problem was rats and mongoose are active at different times of the day. 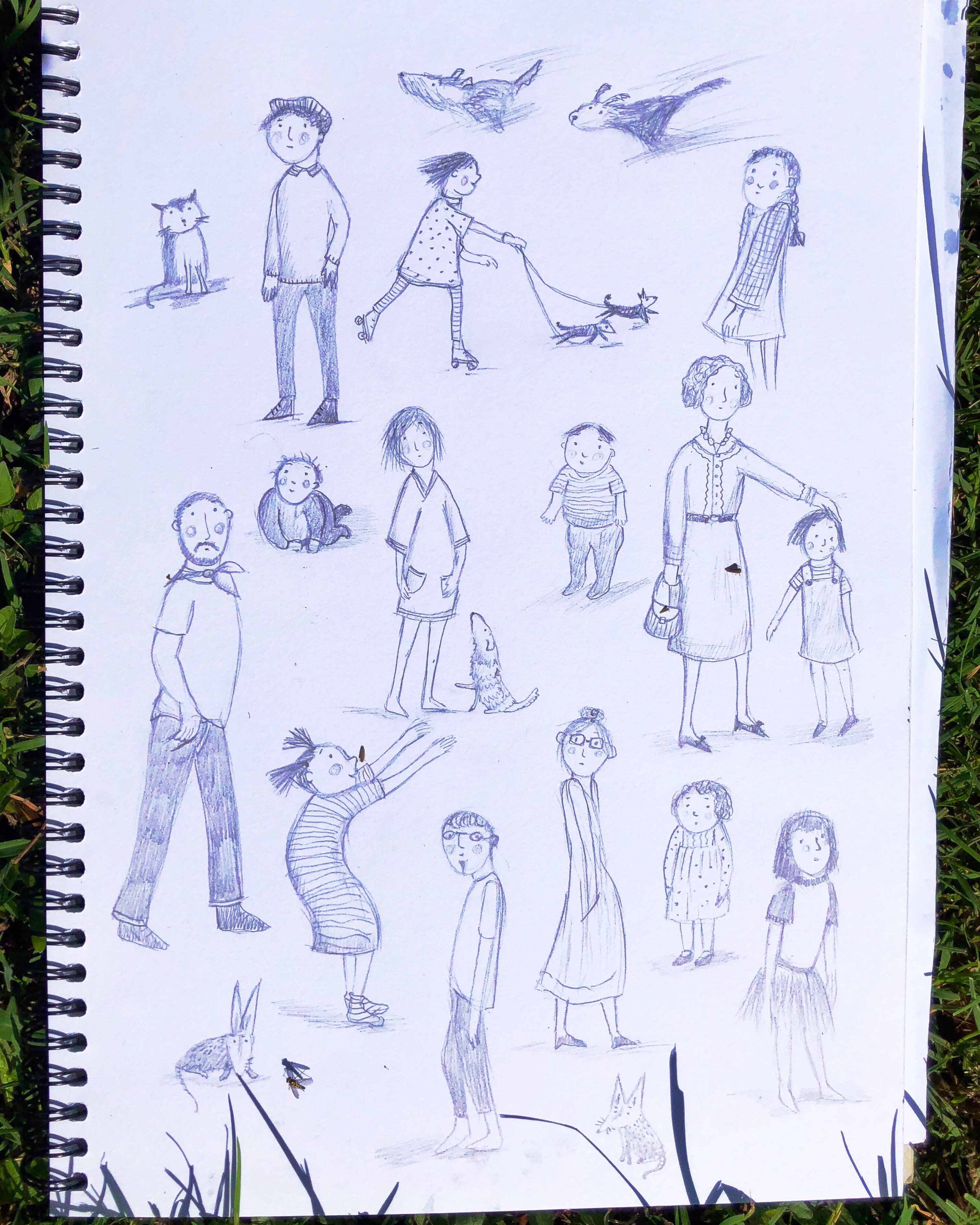 Drinking a Margarita in the bar and sketching the people walking by.

I don’t know about you, but when the mind is at rest as it is while travelling, breakthroughs can occur. And so it was for me while walking the beach in Waimea. I realised I need to think about character, the character of a single line, the character of inanimate objects like buildings and cars. Of course trees already have their own personality which is something I learned when I studied Chinese painting. It reminds me to take care with every mark I make when I paint.

One of the highlights of our trip was seeing Kilauea and its eruptions. We stayed in the tiny township of Volcano which is only 3 miles from the summit of Kilauea. There were 30 earthquakes an hour when we were there which increased to 40 after we left. Most of them we couldn’t feel. It was when they were of 5.3 magnitude that we felt a “little” nervous. 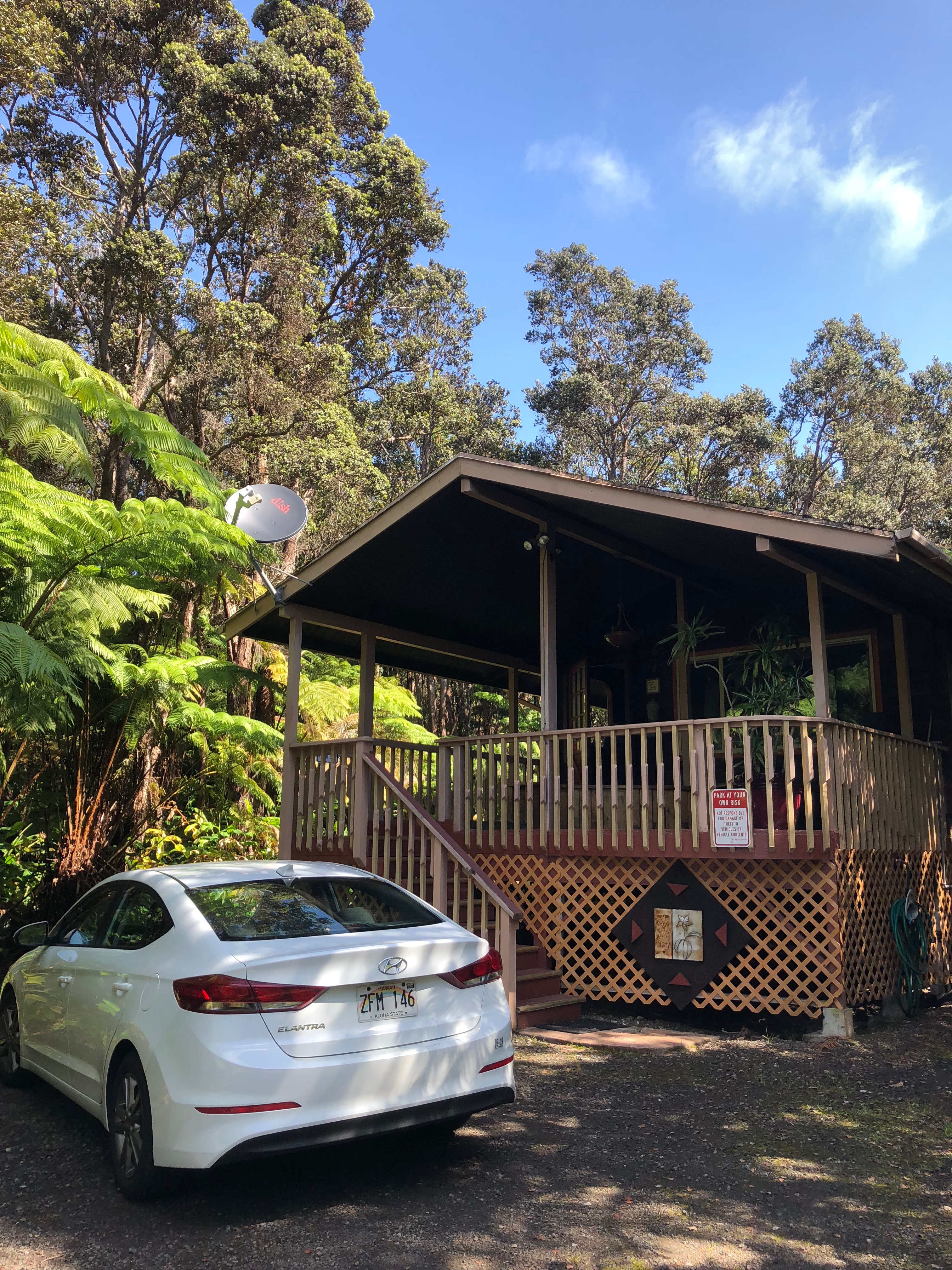 Our cottage in Volcano. Funnily enough the skies were clear on the volcano side of the island. The winds had blown all the smoke across to the west side. 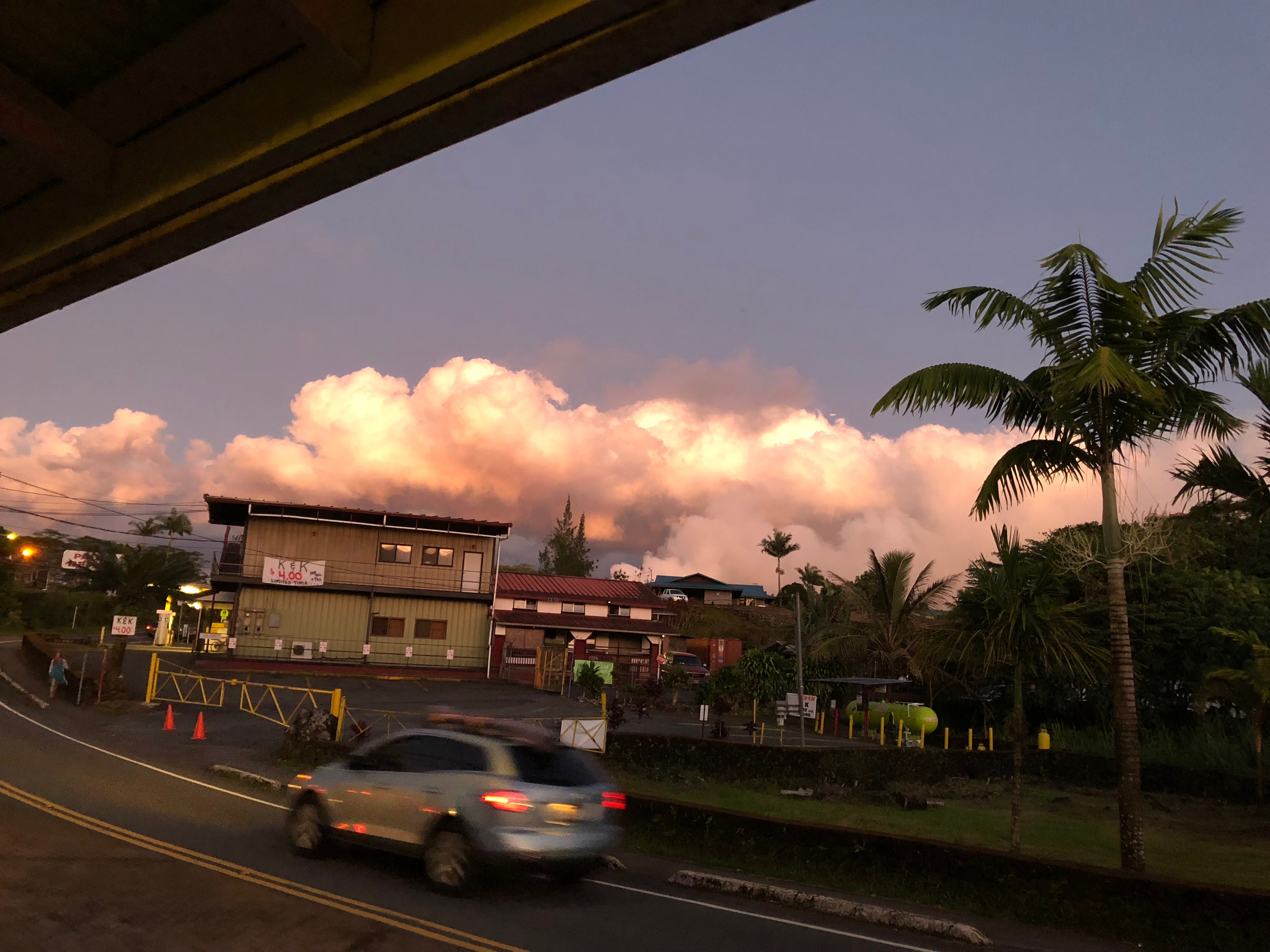 It was surreal eating on the verandah of Kaleo’s Bar and Grill and listening to live jazz as we watched the plumes of steam from the lava as it made its way to the sea only 2 miles away. 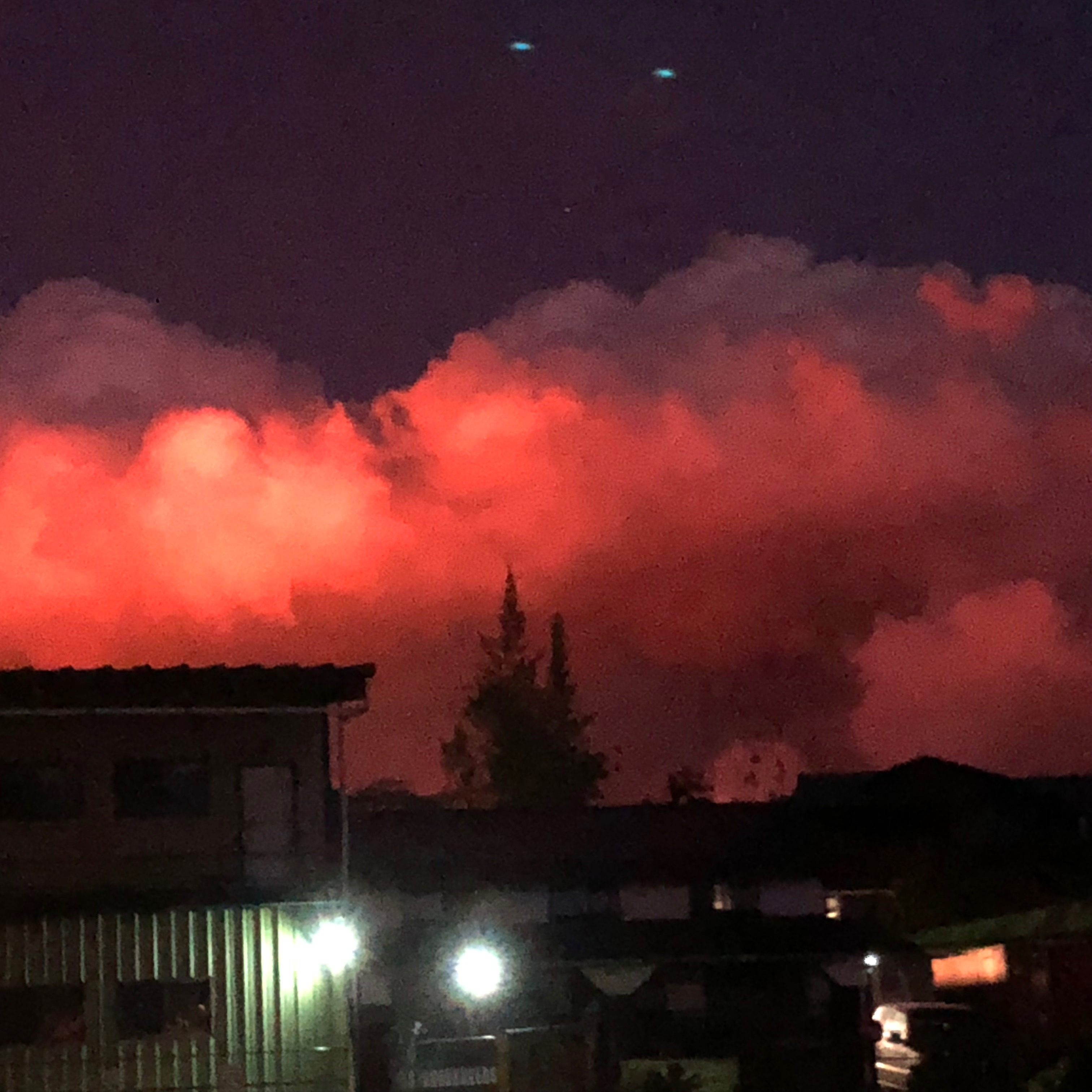 Then as dusk came, the sky grew redder and redder, the lava reflecting off the clouds.

That was one of the highlights of our trip. I won’t be surprised if, in the future, a volcano will appear in one of my novels.

I will finish this post with my favourite photo.

A loan surfer waiting for a wave while a purple dragon cloud floats in the sky. 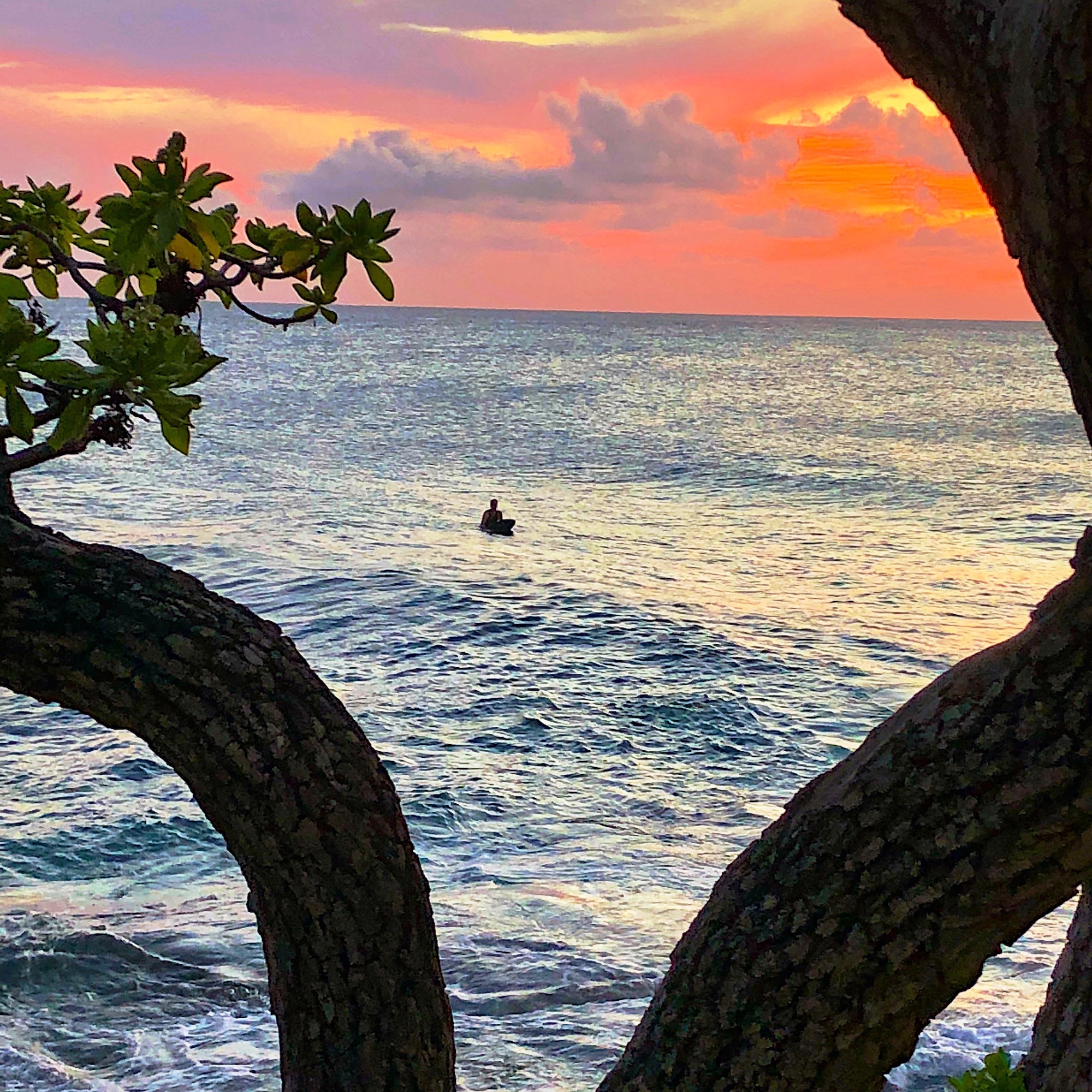 And a picture of Hero on our first walk together since I’ve been home. 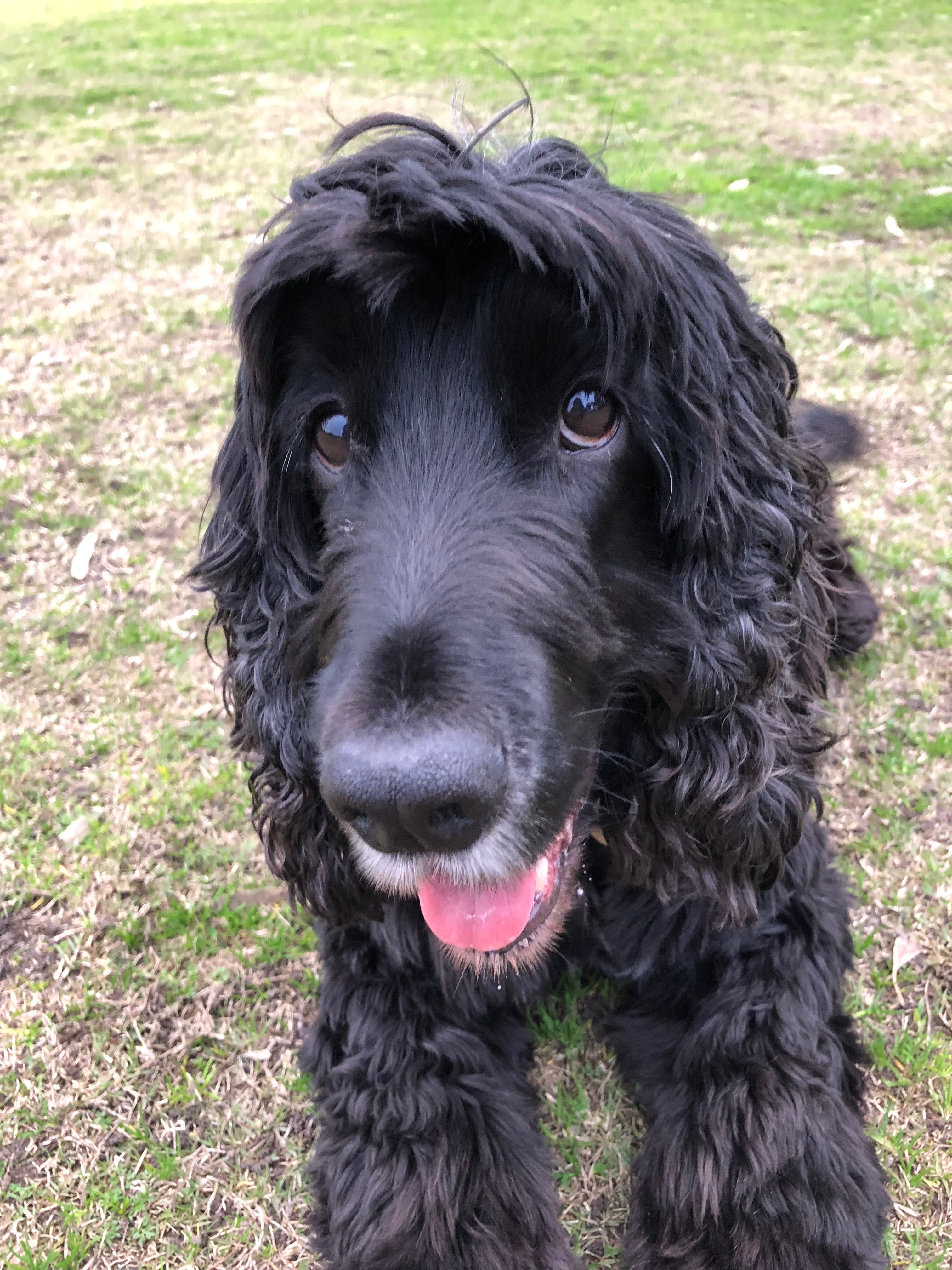 2 thoughts on “Work and Travel”