The first half of this year is filled with exciting happenings and much travel.

At the end of January, I’ll be travelling down the coast to beautiful Port Fairy to give Chinese painting, writing and illustrating workshops to kids and adults at Blarney Books and Art. Details for these events are on the Events page.

In February I will be appearing at the Perth Writers Festival. I’ll be in-conversation with artistic director, Matt Edgerton and stage designer, Zoe Atkinson from Barking Gecko Theatre Company who are adapting my novel,  A Ghost in My Suitcase for the stage. I’m so excited about the play. I will be announcing details about the premiere later in the year. This is a free event. It would be lovely to see you there!

I’ll also be appearing as part of the Schools Program talking about ghosts and magic and China. Details for both Perth Festival events are on the Events page

March I will be exhibiting original illustrations as part of the monthly window exhibitions held at Di Mase architects in North Fitzroy. Each month a new creator is featured which helps promote local artists.

Two and a half years ago I would not have had the confidence in my art to do this. Or to design my own book covers which I did for The Beast of Hushing Wood, and now for my forthcoming novel Ting Ting the Ghost Hunter. I also illustrated a new cover for A Ghost in My Suitcase. But as they say, practice is the key. I get so much joy from painting and find it a lovely balance to my writing. My days consist of writing in the mornings and making art in the afternoons. How perfect is that! I am very lucky. And now, since renovating our house I have a beautiful new studio.

All artwork in the mini exhibition will be for sale. 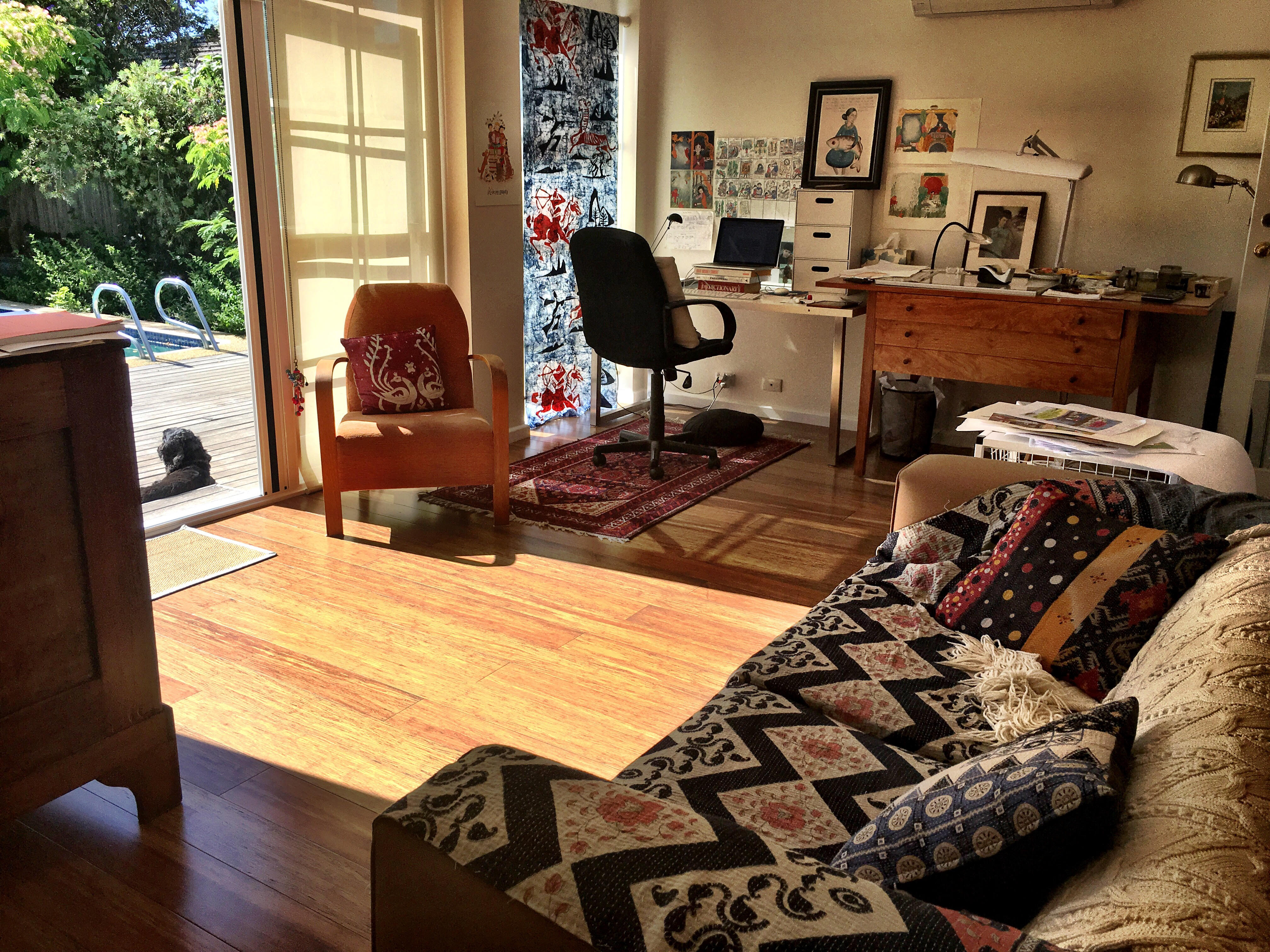 Following the exhibition opening I’m off to the Bologna Children’s Book Fair. It’s the biggest fair for children’s books in the world. I’ve always wanted to go so now I’m all booked. I’ll also be attending Madrelingua, a language school in Bologna to brush up on my Italian. I’ve been learning for about 10 years with little progress. I’m not a natural at languages. But the trip has made me dust off my Italian books and to practice on Duolingo every day. I am improving, but the way to really learn a language is to live in that country. That’s how I learnt Chinese. I spent five years part time majoring in Chinese at Melbourne University, but it wasn’t until I went to live in Taiwan and China that I became semi fluent.

The month of June brings a holiday in the Hawaiian Islands visiting rainforests and volcanoes and enjoying the warmth of the tropics. I went to Hawaii in my late teens and fell in love with the place. It wasn’t only the rainforests and the mountains that look like elephant legs and the surf that resonated, it was the first place where I felt as though I belonged. Because it’s a melting pot of races, I didn’t stand out like I did in the very white Australia of my youth.

This month I will also send my new novel Ting Ting the Ghost Hunter into the world. This is the sequel to A Ghost in My Suitcase. There will be a launch in Melbourne and perhaps one in Brisbane. If you would like an invitation please email me gabrielle@gabriellewang.com

In July I’ll be travelling up to Brisbane to give a writing and illustrating workshop for kids at Riverbend Books, and to talk to librarians about Ting Ting the Ghost hunter. I’ll also be visiting schools around Brisbane so if you are a teacher and you would like me to visit your school please contact Speakers Ink. Link on Events page.

Well, that’s the first half the year taken care of.

May 2018 bring you love and light and rainbows. And may you dream of tigers. 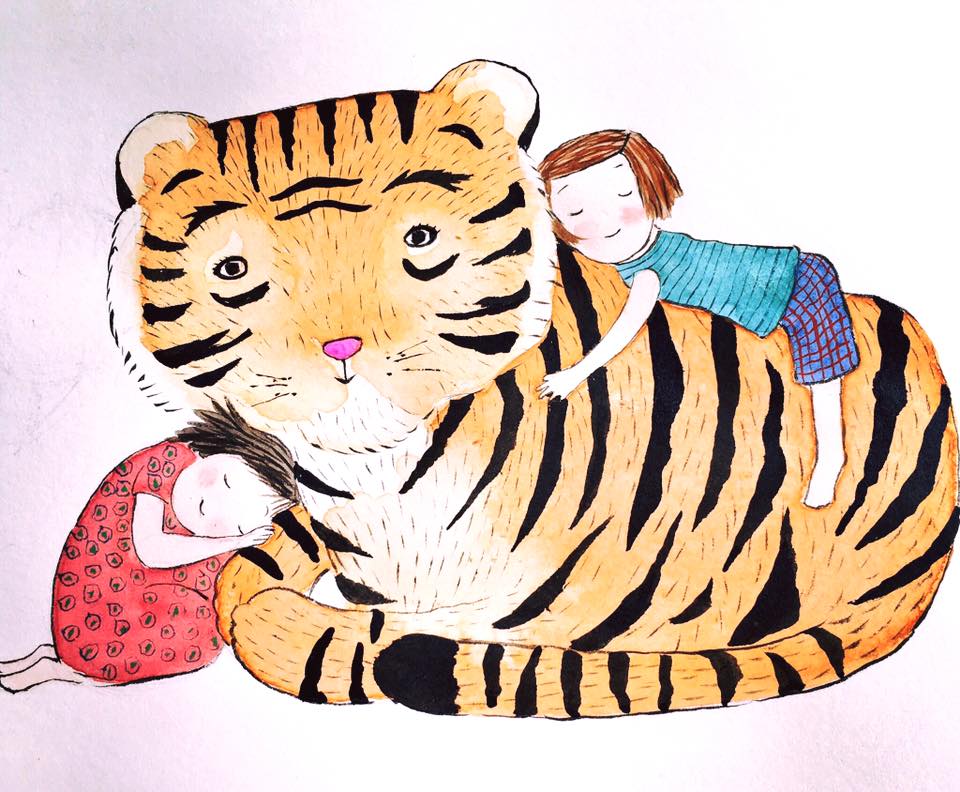