How did you got your first book published?

I made a decision to write seriously –  for publication – at the beginning of 1986. I experimented with all sorts of things that year, including Mills & Boon, arrogantly  supposing that they would be easy. After all, I’d read a chapter of one when I was babysitting, several years earlier  After the rejection of my first  3 sample chapters, I did deign to read five complete romances, but still found it difficult to stick to their formula without irony, and their next rejection letter told me that I did not have  ‘the magic required for a Mills & Boon romance.” So I decided to stick to writing things I want to write – a resolve that has stood me in good stead.

In November that year I saw an Ashton Scholastic competition for a picture book text. I’d never realised that one could write a picture book text without doing, or organising, the art. My children were still picture book age, and I also used them at work, so as well as loving the genre, I was used to the rhythm and form. I wrote Amanda’s Dinosaur which shared first place and was published in 1988, after I’d rewritten the ending. I think it stayed in print till about 2005, here and in the USA and Canada.

However my Scholastic editor left shortly after taking Amanda’s Dinosaur, and I had about 18 months of rejection letters after that, as well as having a reading scheme accept about 10 books – and return them all when the managing editor was replaced. (In the end they requested and published three of the ten, but it was a very unpleasant experience.) Then I sent The Tin Can Puppy to HarperCollins, where it was read and accepted by my first Scholastic editor!  I published eight books with them, including two CBC shortlisted titles: Leaving it to You, and Ark in the Park, which won in 1995.

Did you have a mentor?

The good part about the disastrous reading scheme was that I worked with a couple of excellent editors, who were extremely supportive as well as knowledgeable – I often felt it was a wonderful apprenticeship, and my grief over their being fired was even worse than having the books rejected.

I’ve been writing full time since 1991, and although that decision was forced on me because of catastrophic injuries from a car accident (the one on which I based Peeling the Onion) I was lucky that it was also the first year I’d made something approaching an income from my part time writing. I was also  lucky that I’d started a new book the morning of the accident, so I had something to work on for the first two difficult years of recovery. Now I can’t imagine working outside as well as writing.

What is your writing routine?

I usually read my emails before breakfast, at about 7 am, and answer anything urgent from the east coast of the US or Canada before people leave offices for the night. I do a couple more after breakfast, check twitter & facebook, then walk the dog. Then I finish tidying up urgent emails, drag readers’ letters into a folder for the end of the week, have a stretch/put on a load of washing etc, and then start writing properly. I have quick break for lunch and write till about 4, when I walk the dog again, then work till 6.

Unless I have a deadline for line edits or proof reading, I don’t work in the evening – my creative juices are done for the day! On the weekends I answer readers letters and do admin tasks (that’s a new addition – I’ve been very bad at allocating time for the business side of writing.) 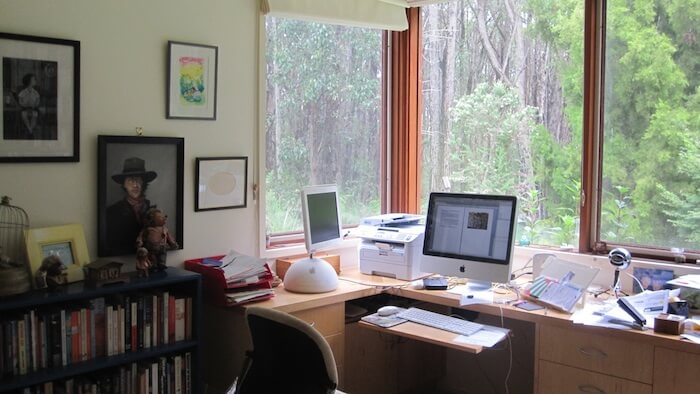 After many years of writing on odd desks in odd spaces, I now have a purpose-built desk and office  and I absolutely love them. They don’t improve my writing efficiency, but they make me happy.

What are your recent publications?

LOST! A Dog Called Bear was published in the US in July. It is the first of  six books in the Rainbow Street Animal Shelter series; MISSING! A Cat Called Buster will be out in November. In Australia, all six stories will be published in one volume: Rainbow Street Pets, next June. 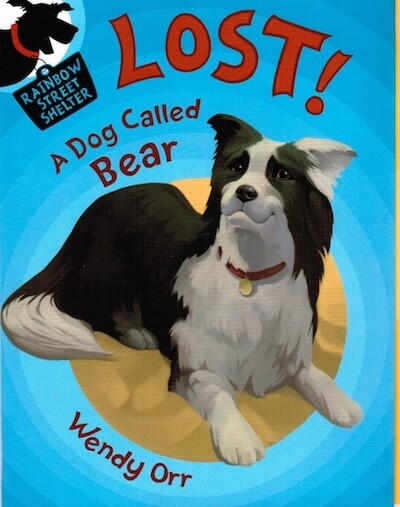 Thank you for visiting my blog, Wendy!

3 thoughts on “Wendy Orr on How Writers Work”