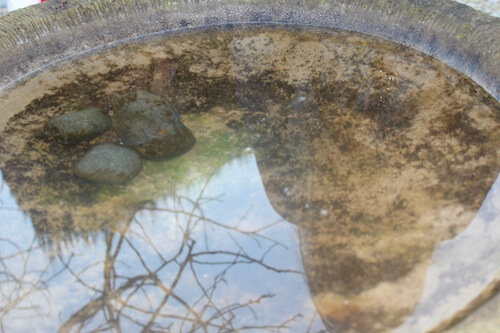 I have a book called Common Knowledge published in 1975, edited by the psychologist Dr. Robert E Ornstein.

In the forward Ornstein writes about the San Francisco Chronicle which, in 1965, began to –

‘print stories which continually upset our “idea of the world” as a stable neat place. These were stories on weird, improbable happenings, which do go on in our everyday life, but which get unreported, selected out. The time a can of foot powder was elected mayor. The time a woman fell out of a window, intent on suicide, and killed her husband. These stories have a cumulative effect. They strengthen patterns of vision, which enables us to see the improbable, the unusual, the “paranormal” as they occur before our eyes. They shake us out of our fixed, arrogant assumptions about what can happen in life. We begin to realise that these stories are closer to the truth of living than the styilised reportage which we normally think of as the “news”. The “news” is usually thought of as what is changed, what is “NEW”. These stories are not “what is new” but what is.’

The stories were printed in the Chronicle between 1967-1974. Every now and then I open the book and read one, or two, or three articles. They are addictive. And each one has the potential to become a novel. As writers we need to break the way we see things, not be brainwashed into a certain way of thinking. We need to see the world with fresh eyes.

When I was writing Little Paradise there were many times I wanted to include an anecdote that was told to me by a family member or friend. But first I would have to stop and think to myself – Will my readers believe this? Will the reviewers call it too much of a coincidence? Too unbelievable?

The Ashes of a Hoarded Fortune

Every night for more than 40 years, Albert Shroeder went out to his chicken coop and stashed his egg money in old paint cans. ‘We thought Albert went out to take care of the hens,’ his sister Violet said yesterday. Shroeder died at 84 a few weeks ago and his three sisters hired men to burn the chicken yard yesterday morning. The sisters and the workmen frantically tried to douse the flames when burning banknotes began to go up with the smoke. They salvaged $11. Police said ashes showed that Shroeder had put thousands of dollars in the cans. United Press

And here’s one that would NOT make a good novel….or would it.

Michael Blade,13, wanted to see Iceland, so he stowed away on a fishing trawler. Seventeen hours later the trawler moved to the next dock for repairs. Michael went home. Associated Press

A Diamond From Out of the Blue

A Soviet woman geologist, Agafya Balayeva, shot a diamond out of the sky on a Siberian hunting trip. The stone weighing almost 100 miligrams, was in a partridge she shot. Reuters