The Museum of Modern Art was my first stop today. In one of the rooms filled with paintings by Chagall, Kandinsky and Rousseau I heard a beautiful voice. It was soft but in perfect pitch and seemed to echo around the room. When I looked I saw it was the guard. As I was leaving I told him how beautiful his voice was and how it made me feel. He thanked me. ‘Some people are offended by my humming so I hum as softly as I can and try and send it out so that nobody will know where it’s coming from.’ I told him it sounded like it was coming from Heaven. He seemed pleased. ‘I sing pure gospel songs,’ he replied. 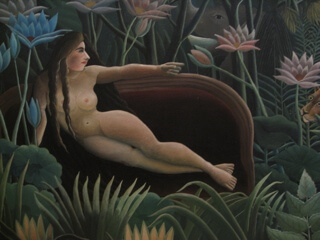 6 thoughts on “Sounds of New York”