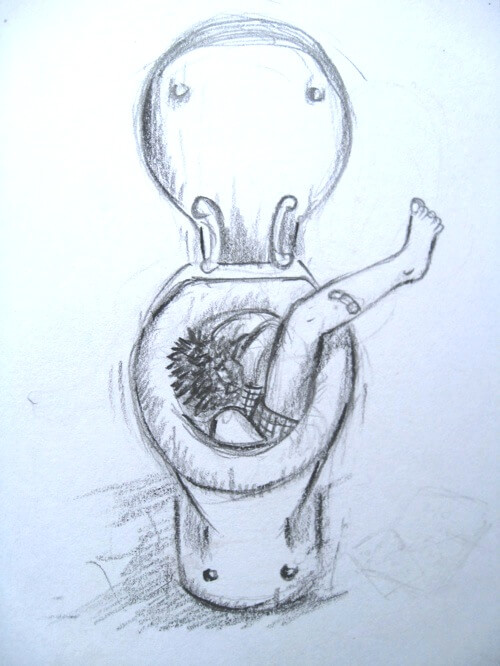 Are you a perfectionist? Do you ruminate over every sentence, every paragraph? Are you all blocked up?

I used to be one of these people. Its kind of like being constipated with words. I couldnt go on until I had written and rewritten a paragraph at least five times and then, when I returned to my novel the next day, I would go over what Id written the day before. The progress was slow and painstaking. I wrote six novels using this method because I couldn’t do it any other way. Being a perfectionist is a fine attribute to have when going through subsequent drafts. But definitely not at first draft stage.

It took me an urgent deadline to learn this. I’m a slow learner, you see. I know there are many ways to write and you have to find what works for you, but I enjoyed this new-found process so much I will never go back to my old constipated ways.

If you’d asked me last year if I could write four junior novels in two and a half months, I would have said, yeah sure, and whales will rule the world. But its amazing what you can achieve with a deadline breathing down your neck.

I wrote 1000 words a day, with one day off for Christmas. I was surprised at how easy this was. I got into a rhythm. Using the ‘shitty first draft’ method I could write 1000 words in a few hours. And another thing was new to me too. In the past I had always written organically, feeling my way through the story. With these four novels, I had an outline to follow. I found the best way to stop me rereading what I had written and thereby go back to my bad old ways, was to write the first paragraph of the next chapter. This was enough to get me back into the story and off I would go again.

Normally I would have been far too embarrassed to show anyone this ‘shitty first draft’ but I decided that before beginning second draft, I needed to get feedback from Penguin. So now I have their fantastic notes in hand and tomorrow I am off to Lorne to do a rewrite.

As with all studies where there are deeper levels, only when the mind is open and receptive can one take the next step forward.

3 thoughts on “PERFECTION AND THE FIRST DRAFT”