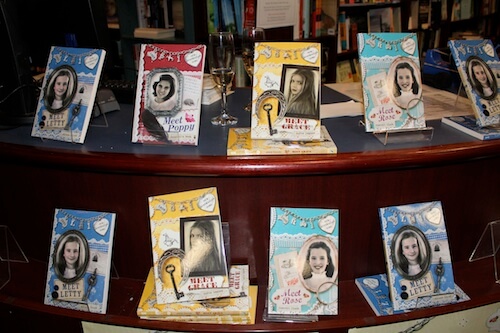 Yesterday was the official launch of the OAG series held at Readings Hawthorn in Melbourne.It was a great afternoon with true Australian party food like lamingtons, sausage rolls, fairy bread and Vegemite sandwiches. Brigitte Duclos launched the series.

Followed by Janie Godwin, the series publisher at Penguin. 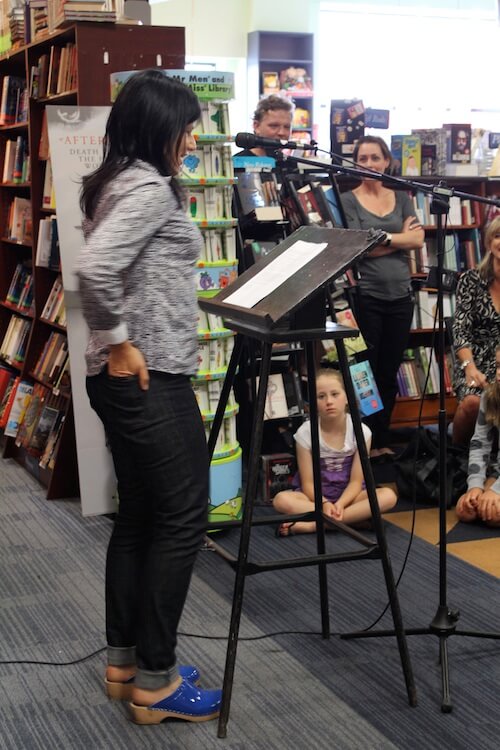 And then Davina Bell who is series editor. 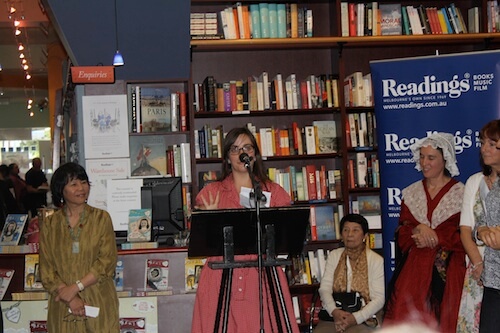 Here are some of the beautiful cover girls being presented gifts. 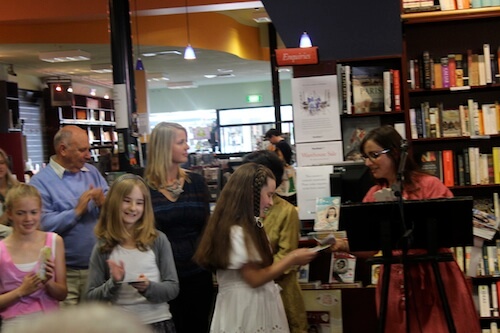 And now it is our turn to speak. First up is Sofie Laguna who wrote the Grace books set  in 1808. 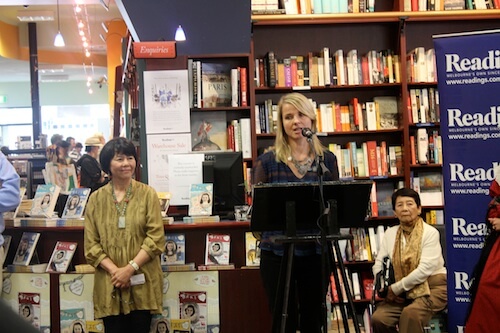 Then Alison Lloyd who wrote the Letty books set in 1841. 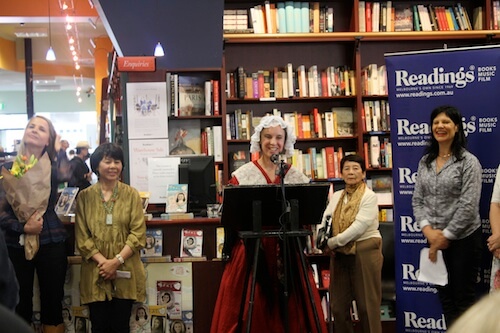 Now it’s my turn to speak about Poppy. Her story takes place in 1864. This is what I said:

‘In the Poppy series, Ive tried to make Poppy stand for the courage and resilience of the many ethnic groups that make up Australia. I belong to only one of these groups so I was truly grateful for the help of Koorie elder, Uncle John Sandy Atkinson, Maxine Briggs, Koorie Liason officer at the State Library of Victoria and Koorie Heritage Trust Librarian Judy Williams. Without the advice of these three people, the Poppy books could not have been written.

I would also like to thank Yullarah. She has been an inspiration to me as I write these stories. Thank you also to her mum Megan, for coming all the way from Shepparton to celebrate the launch with us today.

When I was at school I wasnt particularly interested in history. I found history books rather boring. What makes history interesting are peoples individual stories, personal stories like the stories in this Our Australian Girl series.’ 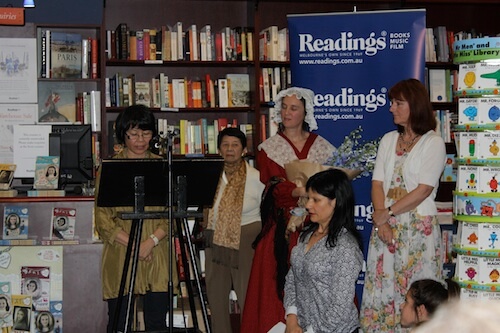 Here, Davina is introducing my beautiful cover girl Yullarah, who travelled all the way from Shepparton with her family especially for the launch. Thank you, Yullarah. 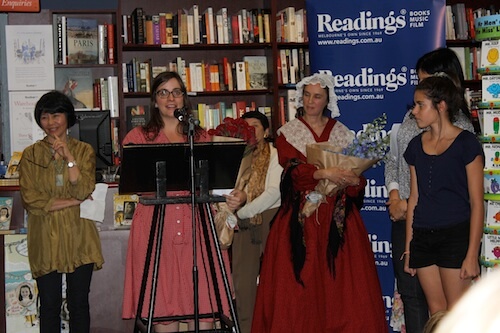 And here is Sherryl Clark speaking about Rose, a Federation girl from 1900. 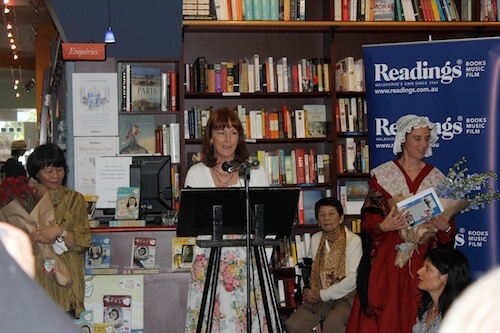 Then it was time for the book signing. 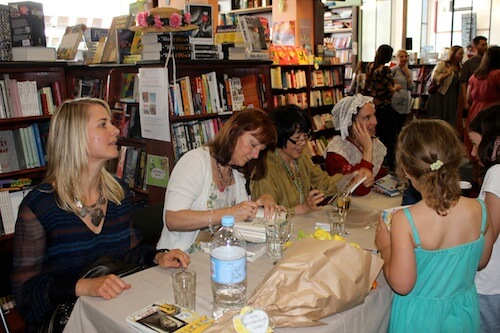 And after the signing a chance to take some more photos. Here’s one with Yullarah. 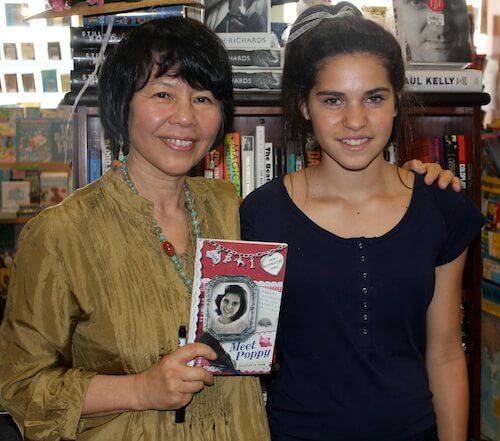 Yullarah and my daughter, Lei Lei. Thanks Lei, for taking the photos. 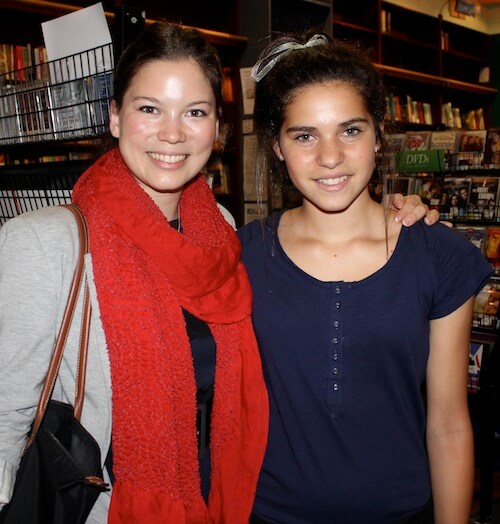 Me with Maxine Briggs, and Yullarah’s family. 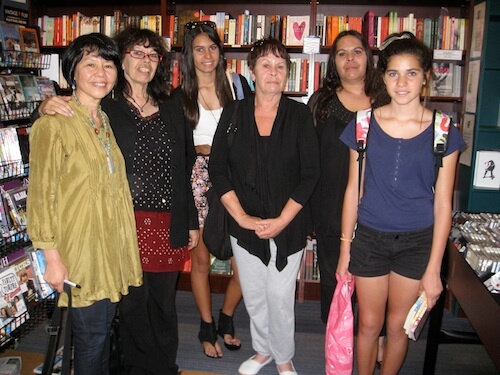 10 thoughts on “Our Australian Girl Launch”