I wrote my first novel, Rhino Chasers, while I was studying Professional Writing and Editing at RMIT. Three separate novel classes helped me hone the draft.

While studying, I applied for (and got) a writing mentorship through the Victorian Writers Centre and worked with prolific YA writer Jenny Pausacker. Wed meet at her house in North Fitzroy which epitomised to me at the time what a writers house should look like. The doorframes were out of square, the walls were lined with books. She would rise in the mid afternoon and sit in a darkened room and write. I was enthralled.

I began Rhino Chasers in the latter half of 1999 and it was published in 2002. Eva Mills, who I was studying with at RMIT, was working as an editor at Allen & Unwin. I showed her some early stuff and she said when I had finished to let her have a look. In 2001, Allen & Unwin accepted the manuscript. I used the advance money for a two-month research trip to Indonesia after which I wrote Indo Dreaming.

When I first had a go at writing a novel, I knew nothing about structure or even layout. I copied the format from the novels I was reading  indents, chapter layouts, etc. That novel (or 30,000 words of it) was axed after my first semester at RMIT (I am glad to say!).

Writing Rhino Chasers was exhilarating and fun. I never knew what the characters would do next. They, of course had to act within their character traits (or sometimes not) but it was all experimental for me. I will never be able to write with that naivety again.

What is your daily writing routine?

I dont really have a daily routine. I will write all day if I get a chance. Sometimes I wont get to write (my novel) for weeks. But I am always scribbling ideas in my journal. I think the best thing I ever did for my writing was to work long hours in boring factory jobs. That taught me patience and persistence  traits which serve the novelist well. 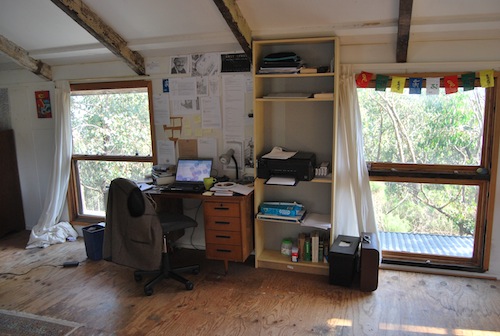 My writing room overlooks the beautiful bushland of Cottles Bridge. I live at Dunmoochin Artists Colony on the far outskirts of Melbourne, below the Kinglake Ranges. At night, possums skittle across the roof. By day, pardalotes nest in the eaves. I write notes on my windows with whiteboard markers and pin photos, maps and skerricks of info all over my walls.

What is your latest book?

My latest book is The Ink Bridge. 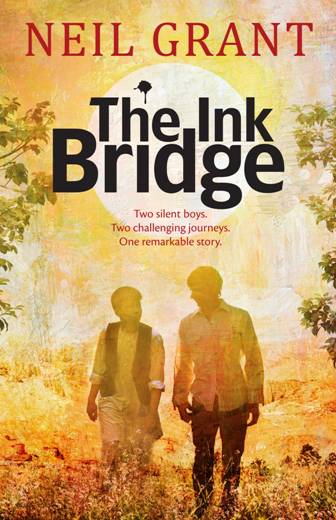 Omed is a boy from Afghanistan. After making an enemy of the Taliban on the day the Buddhas of Bamiyan are destroyed, he undertakes a perilous journey to seek asylum in Australia.

Hector is a grieving Australian boy who has given up on school and retreated into silence.

Their paths meet at a candle factory where they both find work. But secrets fester behind the monotonous routine  secrets with terrible consequences. And, ultimately, it is up to Hector to see how the story ends.

I started writing it in 2003 and after all these years and a trip to Afghanistan, it is finally ready to be introduced to the world.