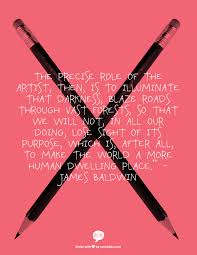 Upon learning of the death of Gunter Grass, I was jolted back to my late teens and early twenties, to a period in my life when I read more widely and more prolifically and watched more foreign films than in any other period.

This blog post is about some of the authors and directors who have influenced me. Of course there are many more, but these particular ones stand out in my mind.

Gunter Grass My mum introduced me to Gunter Grass. She told me to read The Tin Drum so I did and I thought it was an amazing book. Following that, I read the rest of the Danzig Trilogy – Cat and Mouse and Dog Years.

“I’m always astonished by a forest. It makes me realise that the fantasy of nature is much larger than my own fantasy. I still have things to learn” ~ Gunter Grass

James Baldwin was the first non-white author that I read. He opened my eyes up to everything – being different, homosexuality, being black in USA. Three books I read of his were Giovanni’s Room, Go Tell it on the Mountain and Notes of a Native Son.

“The precise role of the artist, then, is to illuminate that darkness, blaze roads through that vast forest, so that we will not, in all our doing, lose sight of its purpose, which is, after all, to make the world a more human dwelling place” ~ James Baldwin

Ernest Hemingway The first Hemingway novel I read was A Farewell to Arms. As a young woman I loved the love story set against the backdrop of war. I quickly followed that book with For Whom the Bell Tolls and The Sun Also Rises. It disgusts me, knowing now that he liked to kill wild animals for fun. Luckily, I didn’t know that then as I probably would have shunned his books and missed out on reading his wonderful novels.

“The world breaks everyone, and afterward, some are strong at the broken places” ~ Ernest Hemingway

Konrad Lorenz I wanted to study under Konrad Lorenz. I wanted to be an ethologist like he was. Animal behaviour has always interested me and ethology, which is the study of animals not in laboratories but in a natural context, seemed like a wonderful profession. I loved reading his books – On Agression, Man Meets Dog and King Solomon’s Ring.

“Visualize yourself confronted with the task of killing, one after the other, a cabbage, a fly, a fish, a lizard, a guinea pig, a cat, a dog, a monkey and a baby chimpanzee. In the unlikely case that you should experience no greater inhibitions in killing the chimpanzee than in destroying the cabbage or the fly, my advice to you is to commit suicide at your earliest possible convenience, because you are a weird monstrosity and a public danger” ~ Konrad Lorenz

Simone de Beauvoir was my introduction to feminism. I read several of her books at the time but can only remember The Second Sex. It had a profound effect on how I viewed myself in the world.

“It is not in giving life but in risking life that man is raised above the animal; that is why superiority has been accorded in humanity not to the sex that brings forth but to that which kills” ~ Simone de Beauvoir

It had been a dream of mine to be a film director, so while studying graphic design at RMIT, I used to usher at the Melbourne Film Festival. That way I could attend sessions for free.

Frederico Fellini. Fellini was the magician of film-making. I loved the magic he wove. My three favourite films  are La Strada, 81/2 and Juliet of the Spirits.

“Realism is a bad word. In a sense everything is realistic. I see no line between the imaginary and the real” ~ Frederico Fellini

Akira Kurosawa Every frame of a Kurosawa movie could be a still photograph it is so perfect. He is pure Zen. My three favourite films of his are Seven Samurai, Dodeska den and Dersu Uzala.

“People today have forgotten they’re really just a part of nature. Yet, they destroy the nature on which our lives depend. They always think they can make something better. Especially scientists. They may be smart, but most don’t understand the heart of nature. They only invent things that, in the end, make people unhappy. Yet they’re so proud of their inventions. What’s worse, most people are, too. They view them as if they were miracles. They worship them. They don’t know it, but they’re losing nature. They don’t see that they’re going to perish. The most important things for human beings are clean air and clean water” ~ Akira Kurosawa

Ingmar Bergman The thing I remember about Bergman films are the beautiful women and of course Death. My three favourites are – The Seventh Seal, Fanny and Alexander and Persona.

“Sometimes I go for days without speaking to a soul. I think, “I should make that call”, but I put it off. Because there’s something pleasurable about not talking. But then I love talking, so it’s not that. But sometimes it can be nice. It’s not like I sit here philosophizing, because I’ve no talent for that. It’s just this thing about silence that’s so wonderful “~ Ingmar Bergman

Silence and being quiet is wonderful. I hope your day is just like that.