https://www.sydneyfestival.org.au/stories/become-ghost-hunter-china
Watch out for the pus-eating ‘tumour ghosts’
Author and illustrator Gabrielle Wang won the prestigious Aurealis Award for best children’s fiction with her novel A Ghost in My Suitcase, a young adult story about ghost-hunting traditions in China. The book has been adapted by playwright Vanessa Bates into a stage blockbuster of the same name, bringing its world premiere season to the Sydney Opera House for Sydney Festival.
We asked Gabrielle to fill us in on the origins and traditions behind ghost-hunting in China, what attracted her to it as fuel for a story, how to become a ghost-hunter and what type of spirits you might encounter.
What interested you initially in the tradition of ghost-hunting in China as the backdrop for storytelling?
“I have always enjoyed reading Chinese ghost stories and watching movies about the subject. In traditional Chinese thinking the boundary between ‘this world’ and the ‘one beyond’ is far more elastic than in the west, and this has fascinated me. Ghosts and spirits play an important part in Chinese culture through festivals and ancestor worship so the two cannot be separated into the supernatural and the real world like we do in Australia. It was, therefore, not a big step for me to use ghosts and ghost hunting as the driver for A Ghost in My Suitcase and its sequel Ting Ting the Ghosthunter.”
“The Hungry Ghost Festival is celebrated in China, Taiwan, Singapore and other places where Chinese have migrated. Like many cultures around the world, it is a time when the gates to the underworld are open and spirits of the dead come out and move amongst the living. Sometimes the word hell is used instead of underworld, but it is not the same place as Hell in Christianity. It simply means a place beyond. At this time families honour their deceased relatives by burning incense and paper money, often referred to as hell money, preparing food and performing other rituals. This, in turn, will hopefully protect the family and bring good luck. Those who are particularly scared avoid swimming or being alone at night in case the ghost of an enemy comes after them.”
Tell us a bit about the traditions of ghosts and hunting ghosts in China – how does one become a ghost hunter? How do you get rid of malevolent spirits?
“The most famous ghost hunter is Zhong Kui, who committed suicide and became a ghost demon. People hang portraits of his likeness on gates and doorways to scare away evil spirits. He wears a fierce expression on his face, has a black beard and thick eyebrows and holds a magic sword. Often he has skeletons in his attendance.
“There is not that much information regarding ghost-hunting in China, although there is quite a bit about the different types of ghosts you might meet. Here are a few examples, which I have used in Ting Ting the Ghosthunter: torch-mouth ghosts have burning mouths that are like torches; needle-mouth ghosts, the poor things, have throats as thin as needles so they can never get enough to eat or drink; foul-mouth ghosts have such disgusting breath they can’t stand to smell themselves; and then there are the tumour-ghosts, who have big boils of pus which  they must eat. 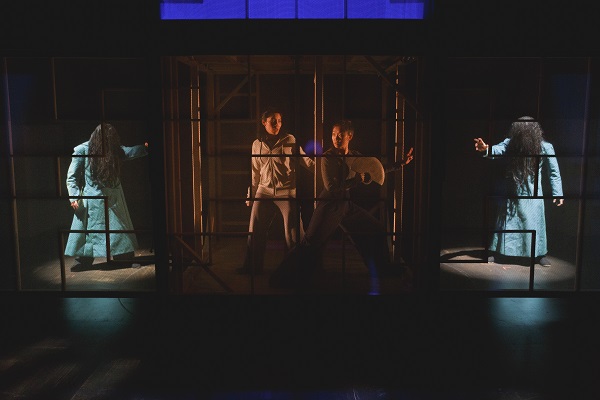 “A ghost-hunter trains for many years, meditating and practicing with special weapons like coin swords, mingshen mirrors and snake whips. These weapons are embued with certain powers after chanting or marking them with a talisman. I researched the art of ghost-hunting, but being a writer of fiction, A Ghost in My Suitcase is largely imagination peppered with some factual information.
“There are several ghosts in the book that I invented, such as the fat-belly ghost and a ghost that can make a bed come to life. I always keep in mind my young readership. Even though there are frightening times, there are light hearted moments too.
“In the wonderful adaptation of the book to play by Barking Gecko Theatre, the ghost scenes are further embellished to suit the medium of stage and actors. The art of creating, whether it be for the stage or page, must move and be flexible.”
There’s a lot of historical stories about ghosts in China – do you have a favourite?
“My favourite collection of stories would have to be the classic, Strange Stories from a Chinese Studio. It’s a collection of nearly five hundred wonderfully weird and inventive tales of the supernatural written by Pu Song Ling in Classical Chinese during the Qing Dynasty. Some are several paragraphs long, others a few pages.
“One of my favourites is a tale called ‘Small Hounds’ about a scholar whose room is plagued by fleas and bedbugs. One night an entourage of tiny beings appear. They look human but are only two inches high. Accompanying these tiny people are some tiny hounds who immediately go about feasting on the fleas and bedbugs. In the morning, however, the entourage disappears all except for one small hound who appears to have been left behind. The scholar lives in great comfort because the hound eats the eggs of the fleas and bedbugs. But one night, while the small hound is in bed, the scholar rolls over and squashes it, and so ends the story.” 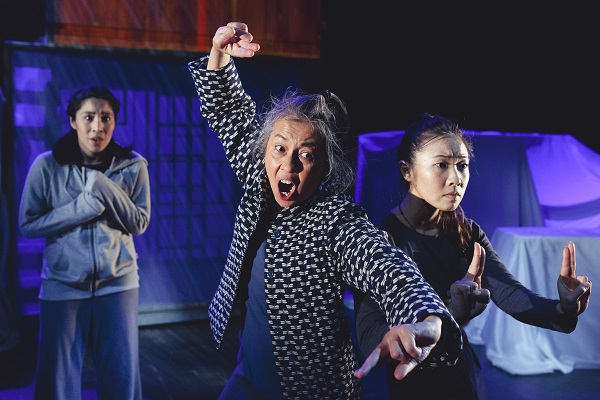 Tell us a little bit about Wuzhen Water Town, the town on which you based the Isle of Clouds in A Ghost in My Suitcase. What attracted you to that as a setting; have you visited there; and is it a notable place for ghosts and ghost stories?
“I don’t believe Wuzhen is noted for its ghosts but all old towns must surely be haunted. While I was living in China, I visited this ancient water town. It was at a time before the huge influx of tourists and so it was very easy to imagine walking those quiet alleyways and believing that ghosts would be peeping out from behind the windows. When I begin a story, setting is the first element that comes to mind. There could not be a better place to set a ghost story.”
Do you believe in ghosts, yourself?
“I have experienced quite a number of ghostly moments, so I definitely do believe.”
A GHOST IN MY SUITCASE
9–19 January
Sydney Opera House
TICKETS AND MORE INFO