‘The Prophet said never to discard a crust of bread and that if you ever see it, even the smallest piece on the ground, you must pick it up and put it on a wall. Then, if a beggar is passing and is in need of food, he will not have to stoop down. Because however poor a beggar, he has dignity too.’

On my recent trip to Morocco, I was touched by a number of Moroccan customs.

After shaking hands, touching the right hand to the heart is a sign of respect and shows that it is genuine. The Berber handshake is a little different. When we were hiking in the High Atlas Mountains, Aziz, our guide, shook hands with a little boy then brought his own fingers together and gave them a gentle kiss. It was a lovely gesture.

This door to our Riad in Marrakech is the only part of our beautiful Moroccan house that you can see from the laneway. There are no windows facing the outside, everything is focussed inward. The brass knob is the Hand of Fatima found on many doors. Fatima was the Prophet Muhammad’s daughter. It symbolises patience, loyalty, faith and resistance against difficulties. It also wards off the evil eye. 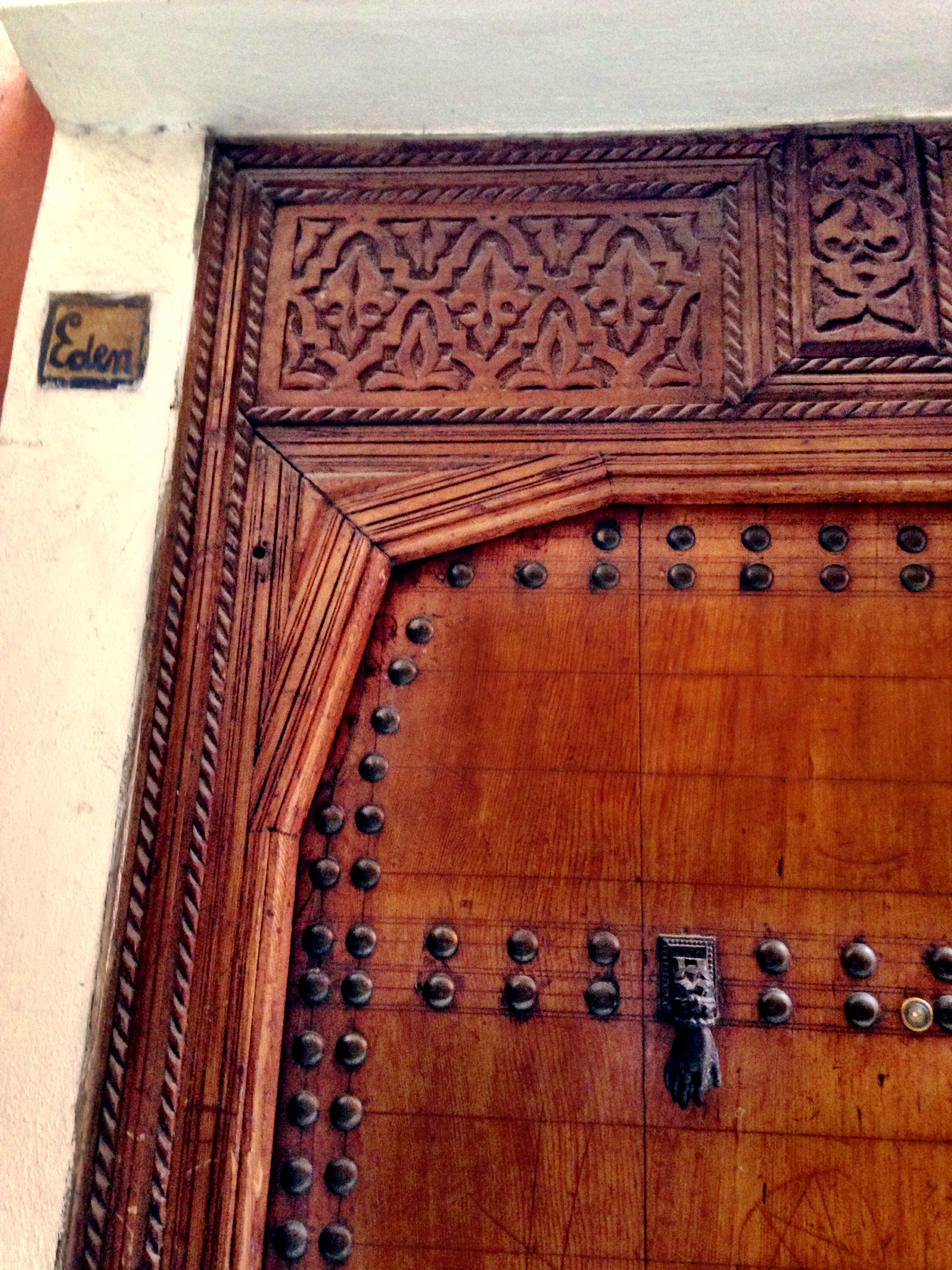 Morocco is famous for its doorways and you can see why. 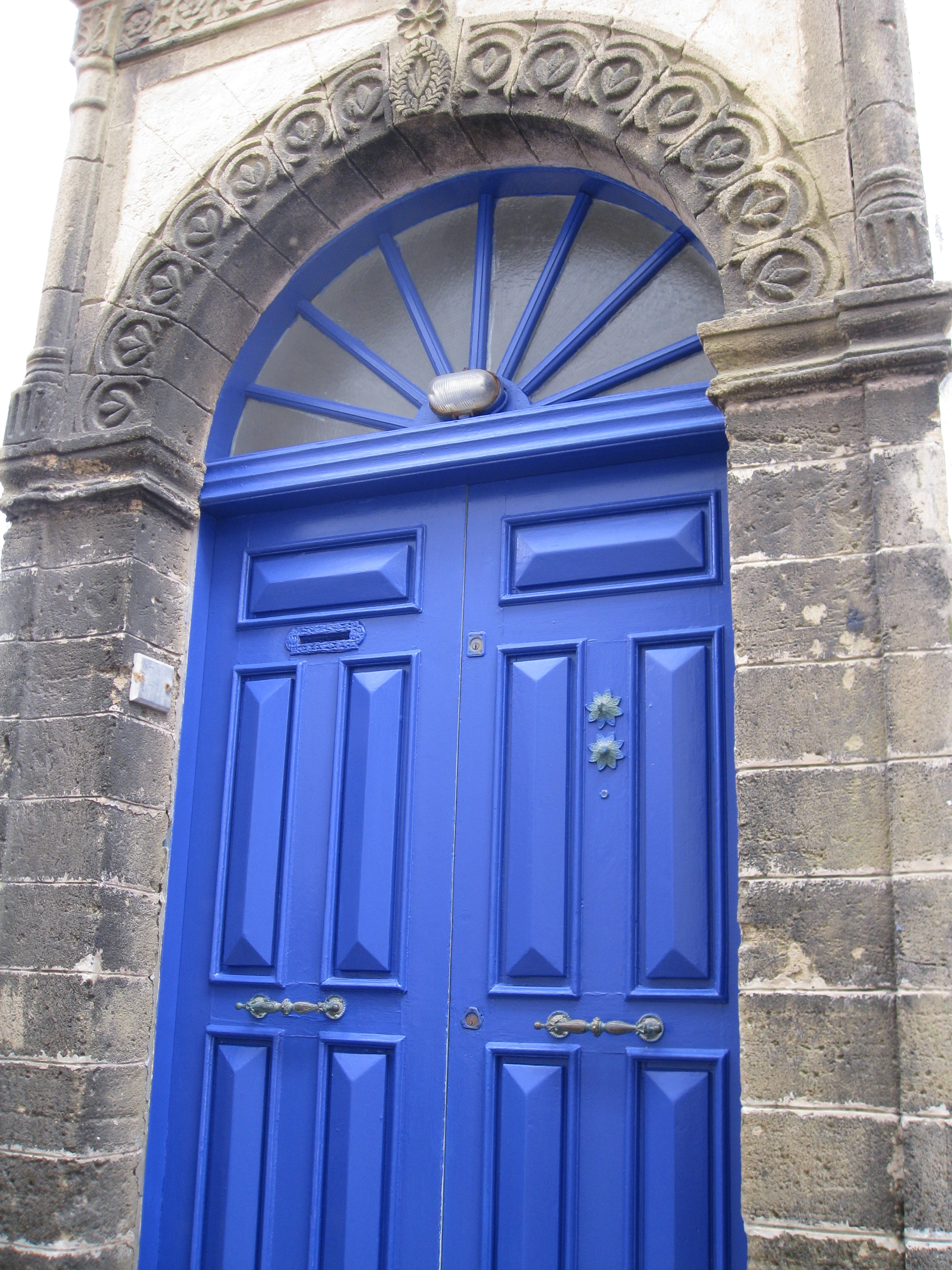 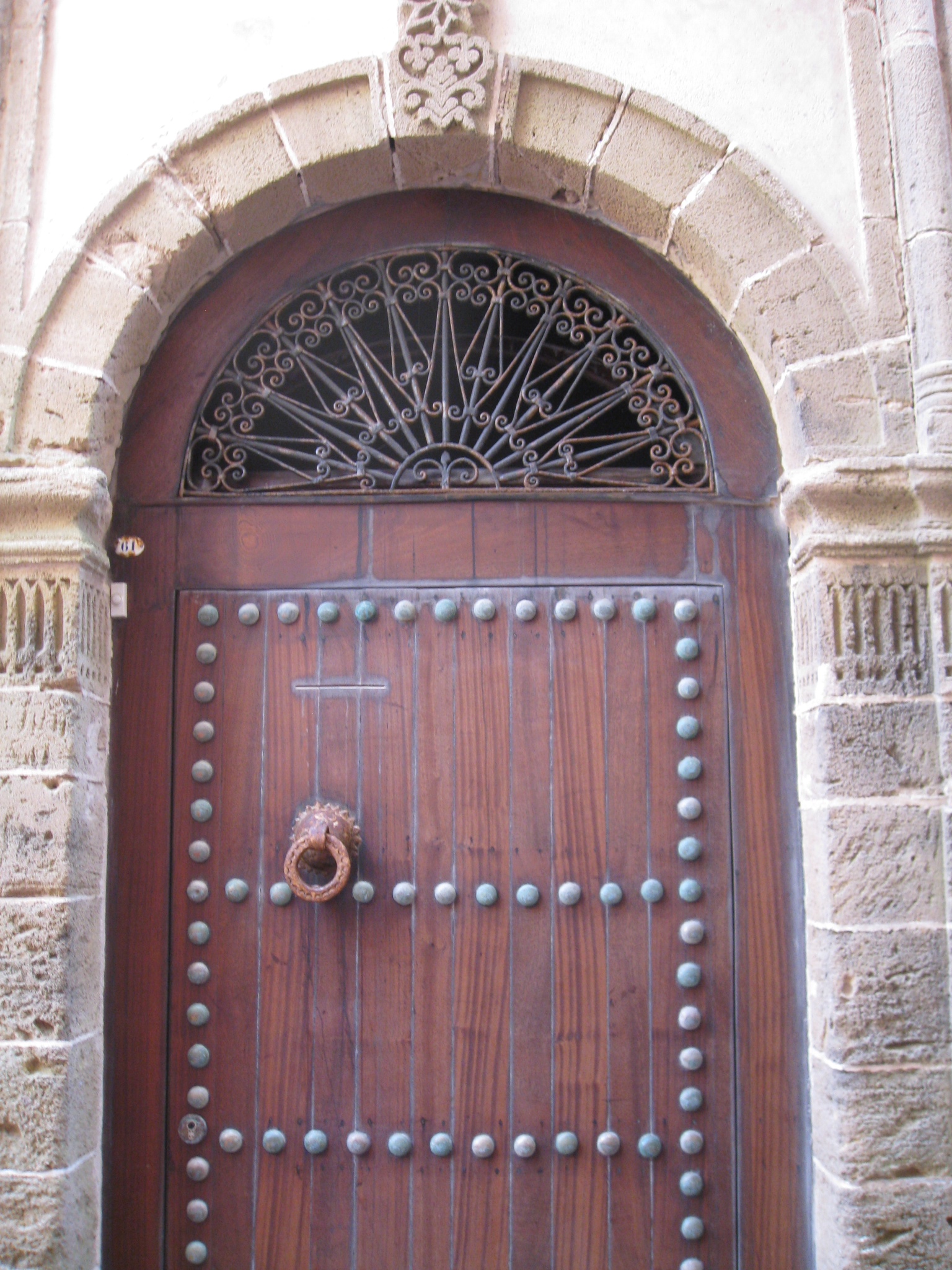 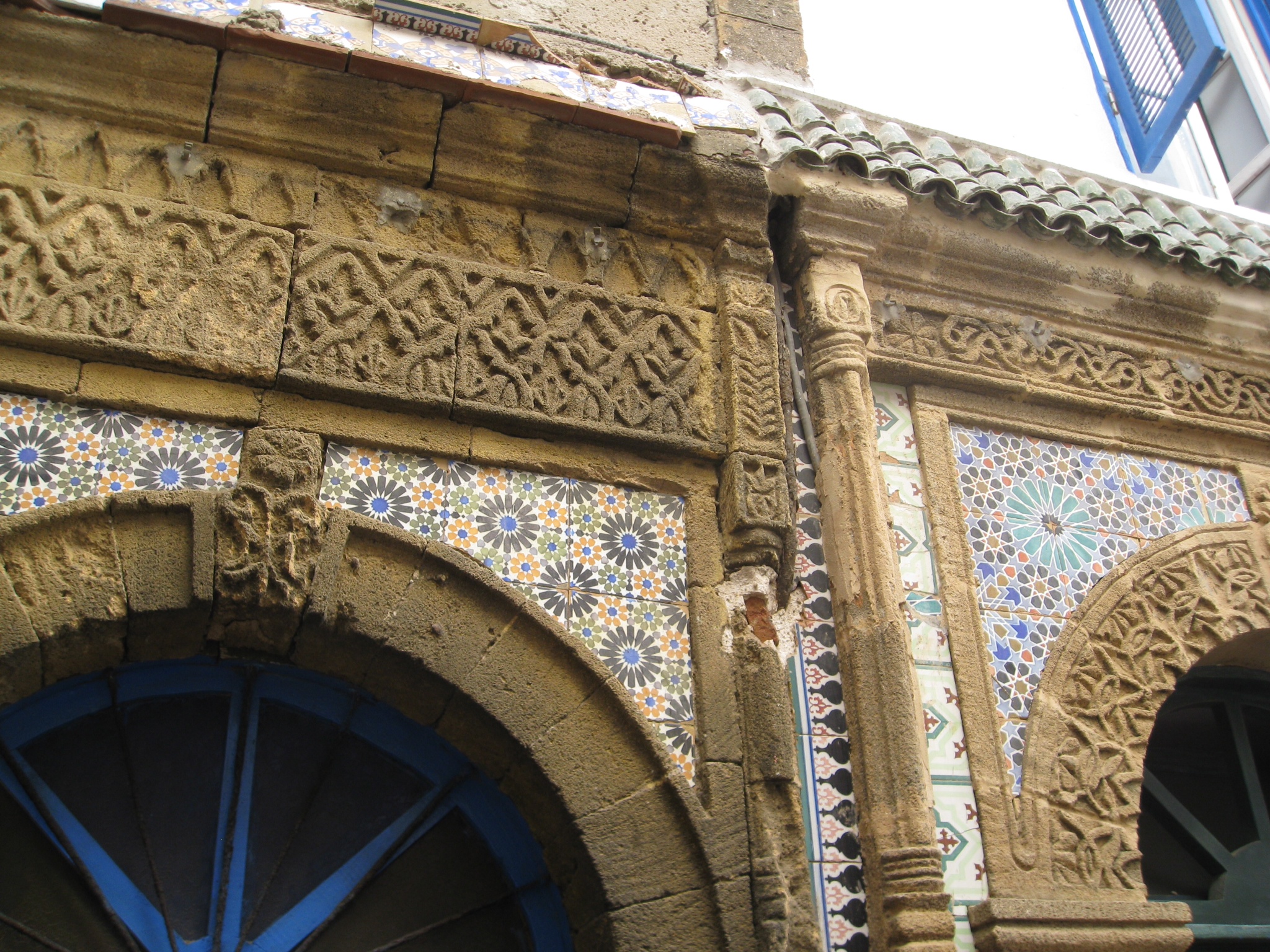 One of the most delicious meals we had was this chicken tagine. The chicken is first roasted then cooked for a further 45 minutes with olives and spices. After the meal, as Aziz was cleaning up the tables, the first thing he did was to pick up the used bread, even the tiny scraps that I had left. He put these pieces back on the platter of untouched bread. When I asked him why, he told me that bread is sacred and is never thrown out with the rubbish. It will be eaten by someone, he said. And the tiny scraps I left? He brought one to his lips and kissed it. Now it can be left for the birds, stray cats and dogs to eat.

‘The Prophet said never to discard a crust of bread and that if you ever see it, even the smallest piece on the ground, you must pick it up and put it on a wall. Then, if a beggar is passing and is in need of food, he will not have to stoop down. Because however poor a beggar, he has dignity too.’ 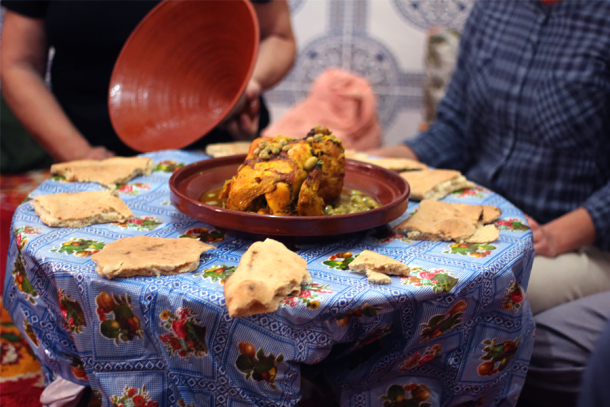 As we headed to the Sahara for our overnight stay, it began to pour. There were signs of flash flooding everywhere and the rivers flowed like melted chocolate. It was very unusual to have so much rain in September.

This is the ancient World Heritage Listed Kasbah town of Ait Benhaddou where many Hollywood movies have been made including Game of Thrones. 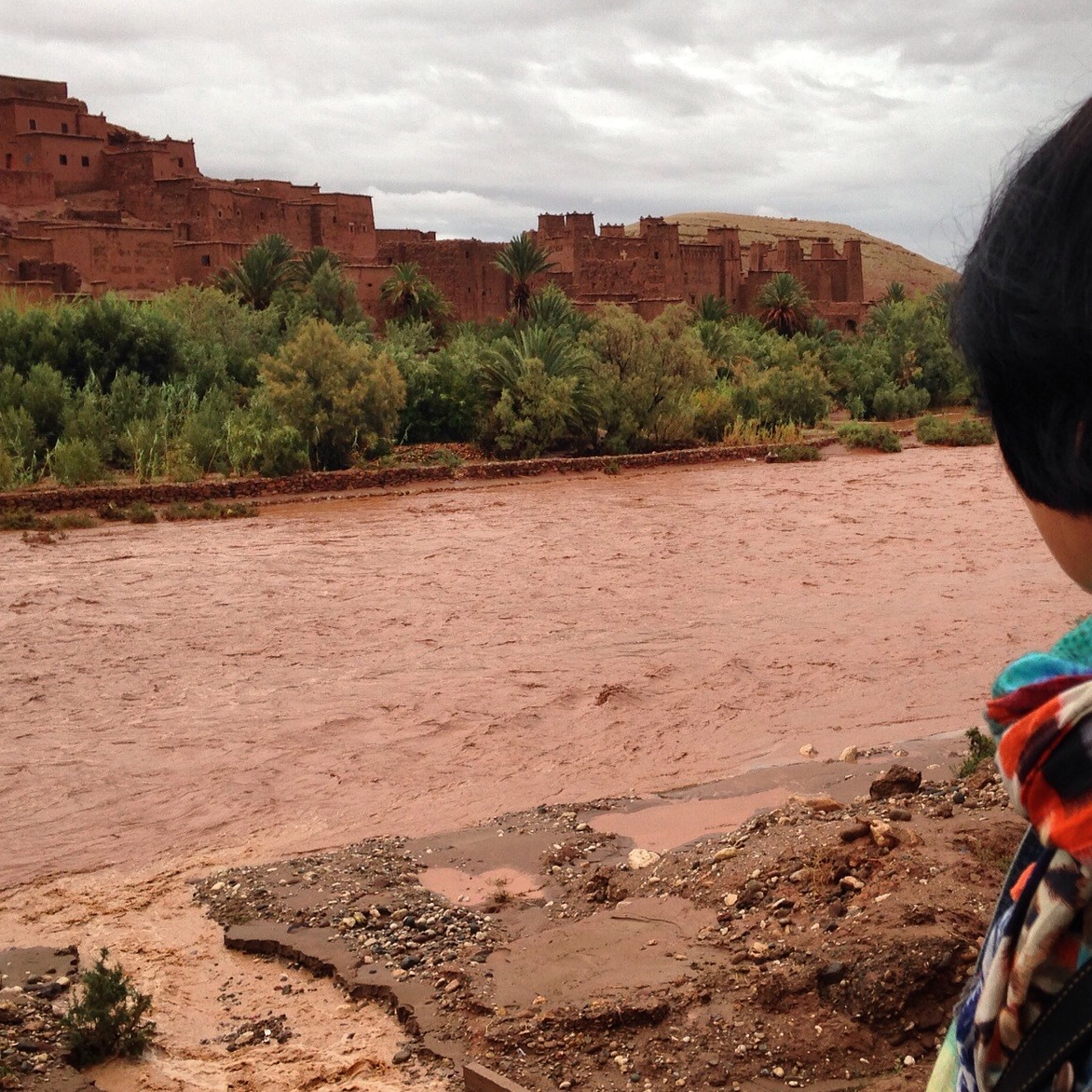 At one point we were held up for hours as the road had to be cleared with a front end loader, then graded. 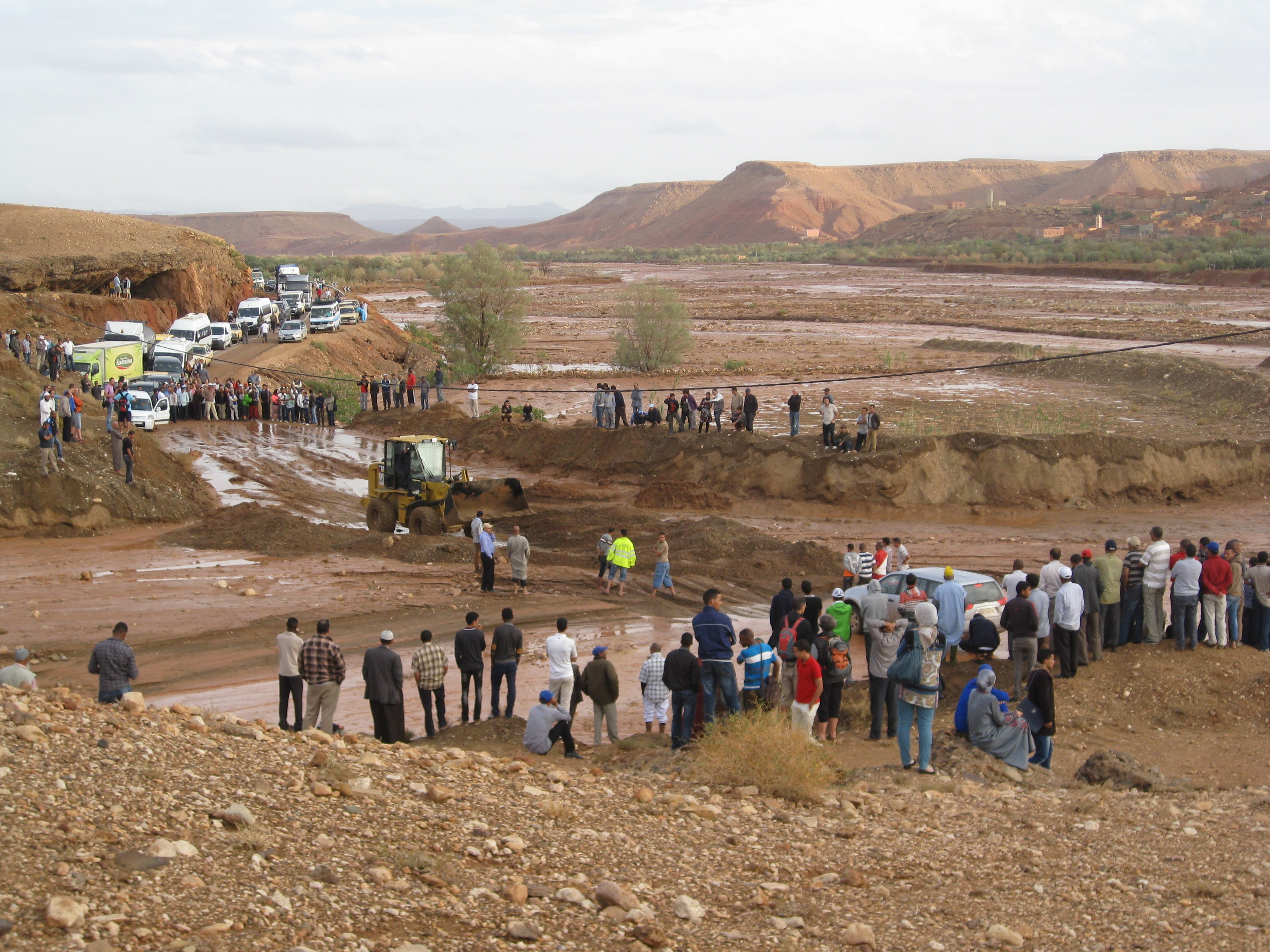 Then we heard that the main highway to the Sahara had been cut off by flood waters. The only way was to try some back roads through villages. Here Aziz is showing us on a map. 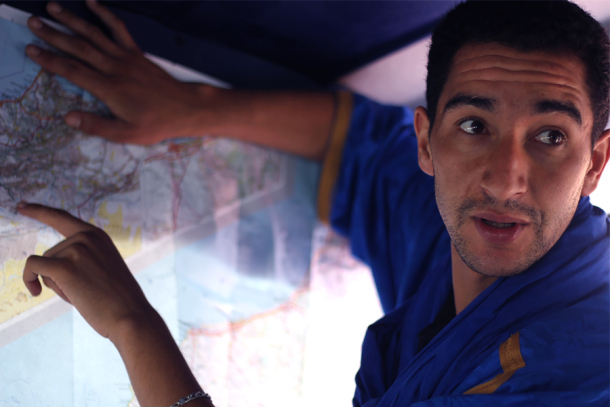 On the way we did see a Cous Cous cooking demonstration by Action. Yes, that’s what he calls himself because he’s been in so many Hollywood movies. 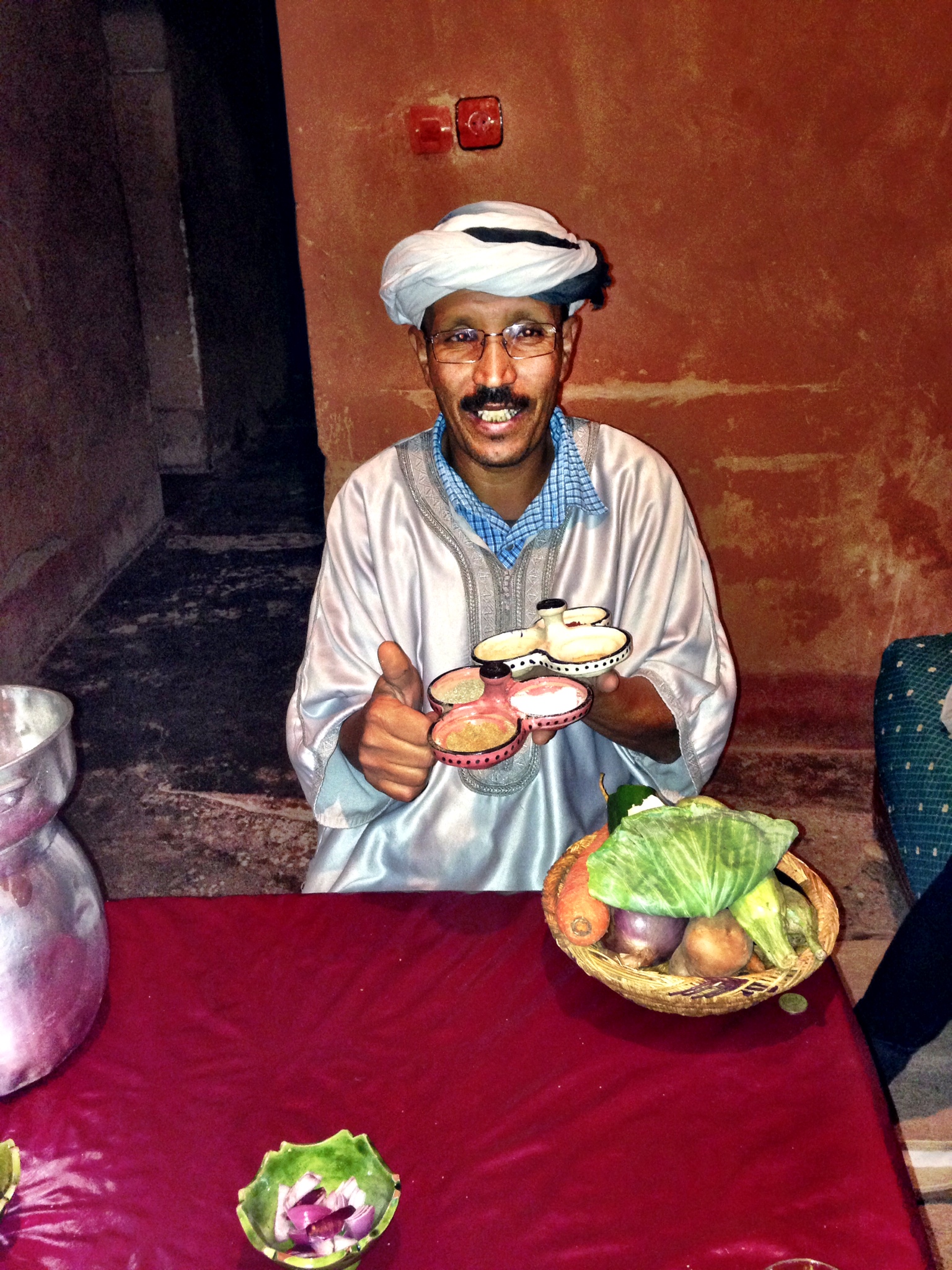 We finally made it to the Sahara, well almost! We still had to get in a four wheel drive to get to our camp. But first a camel ride. The flooding was an adventure for us and welcomed by everyone, especially the farmers. 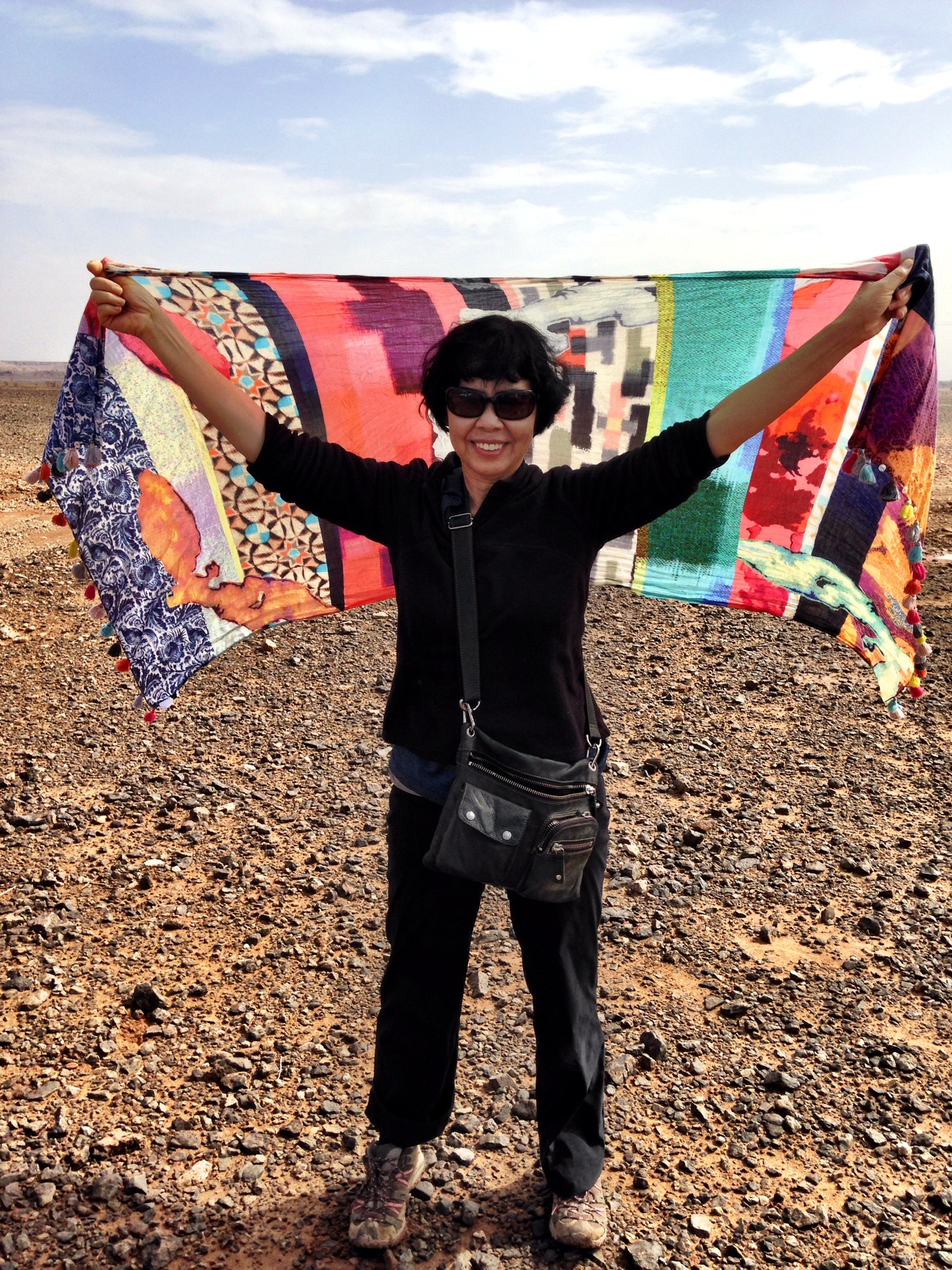 Facing off with a camel. 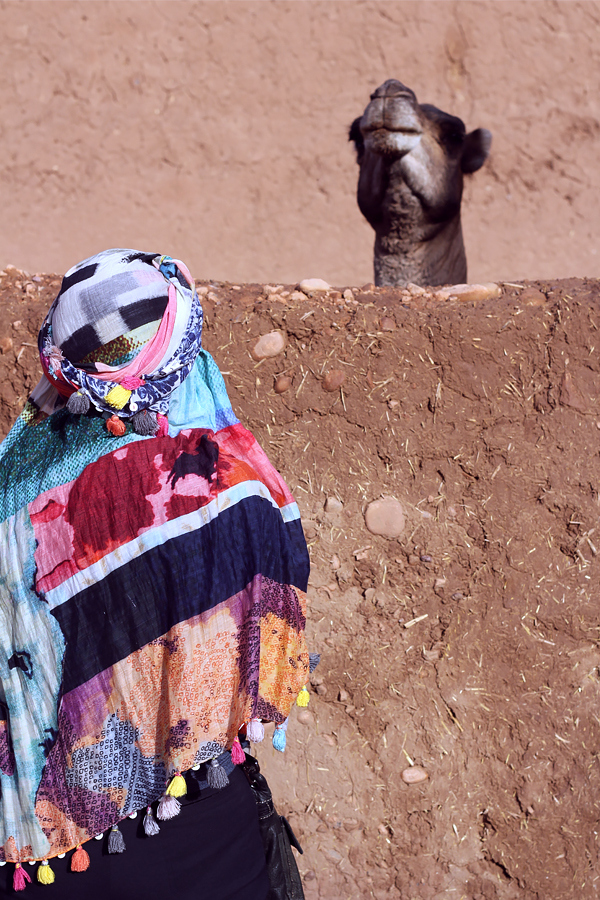 And more camel pics because they are so cute. 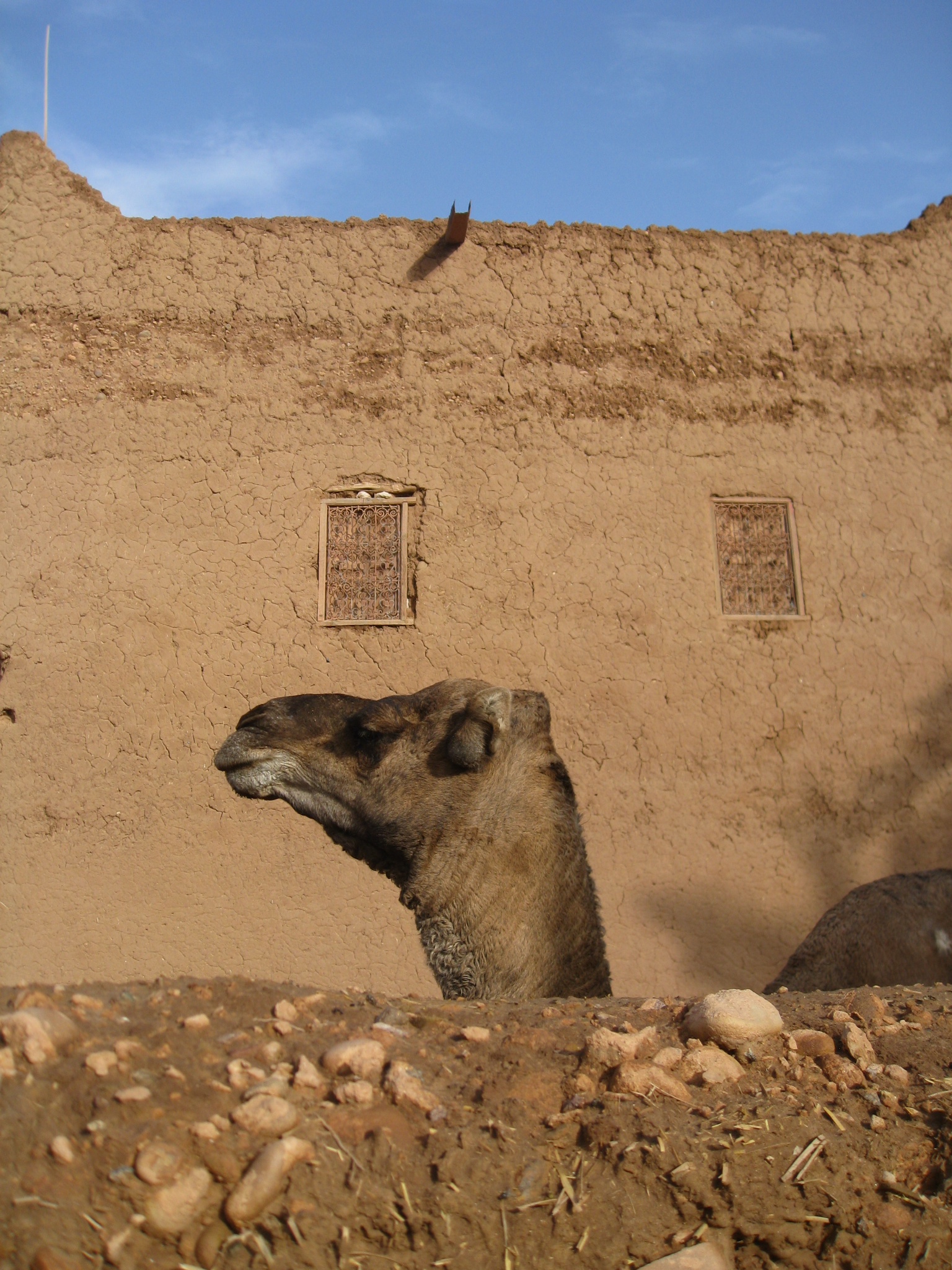 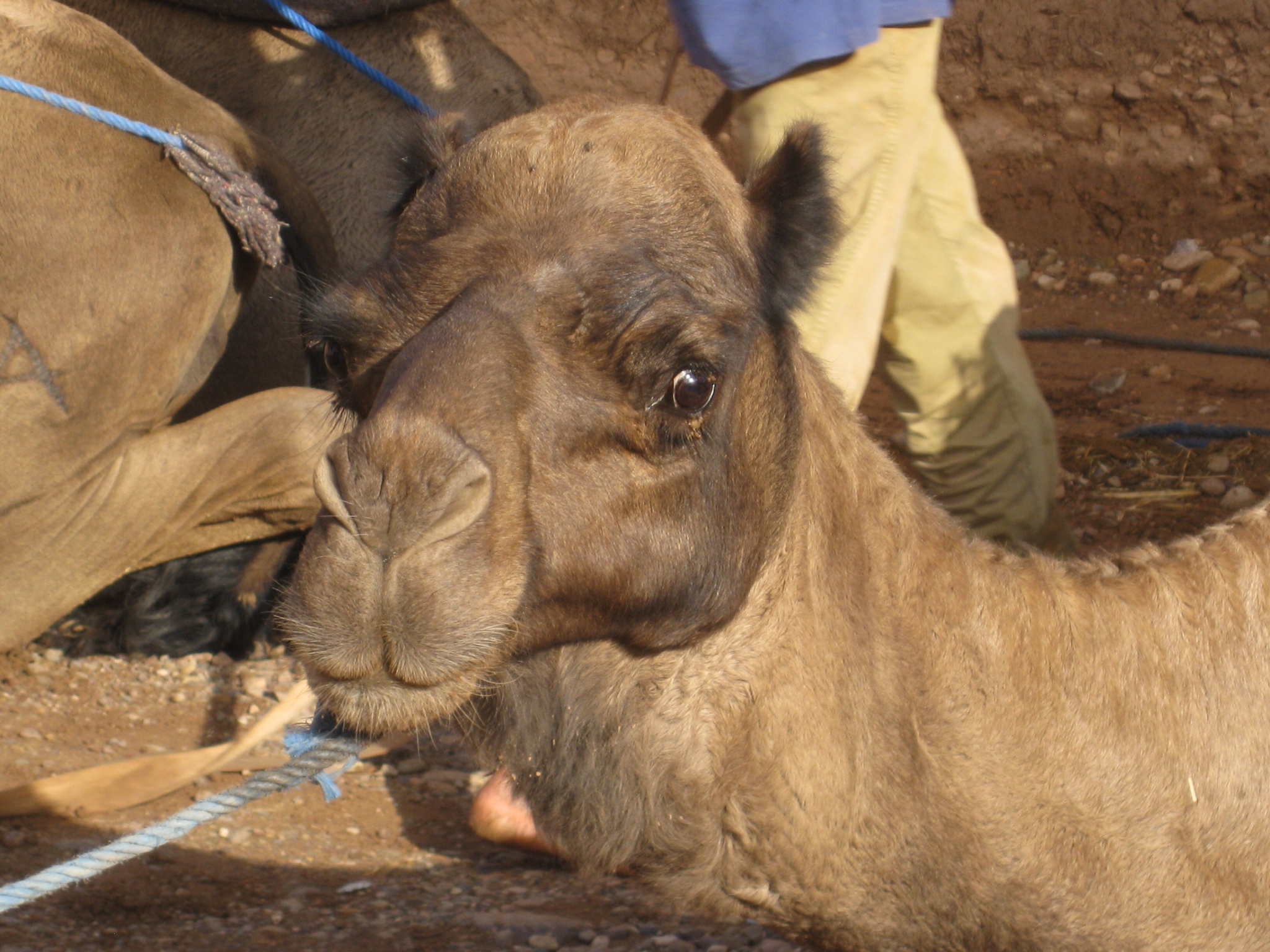 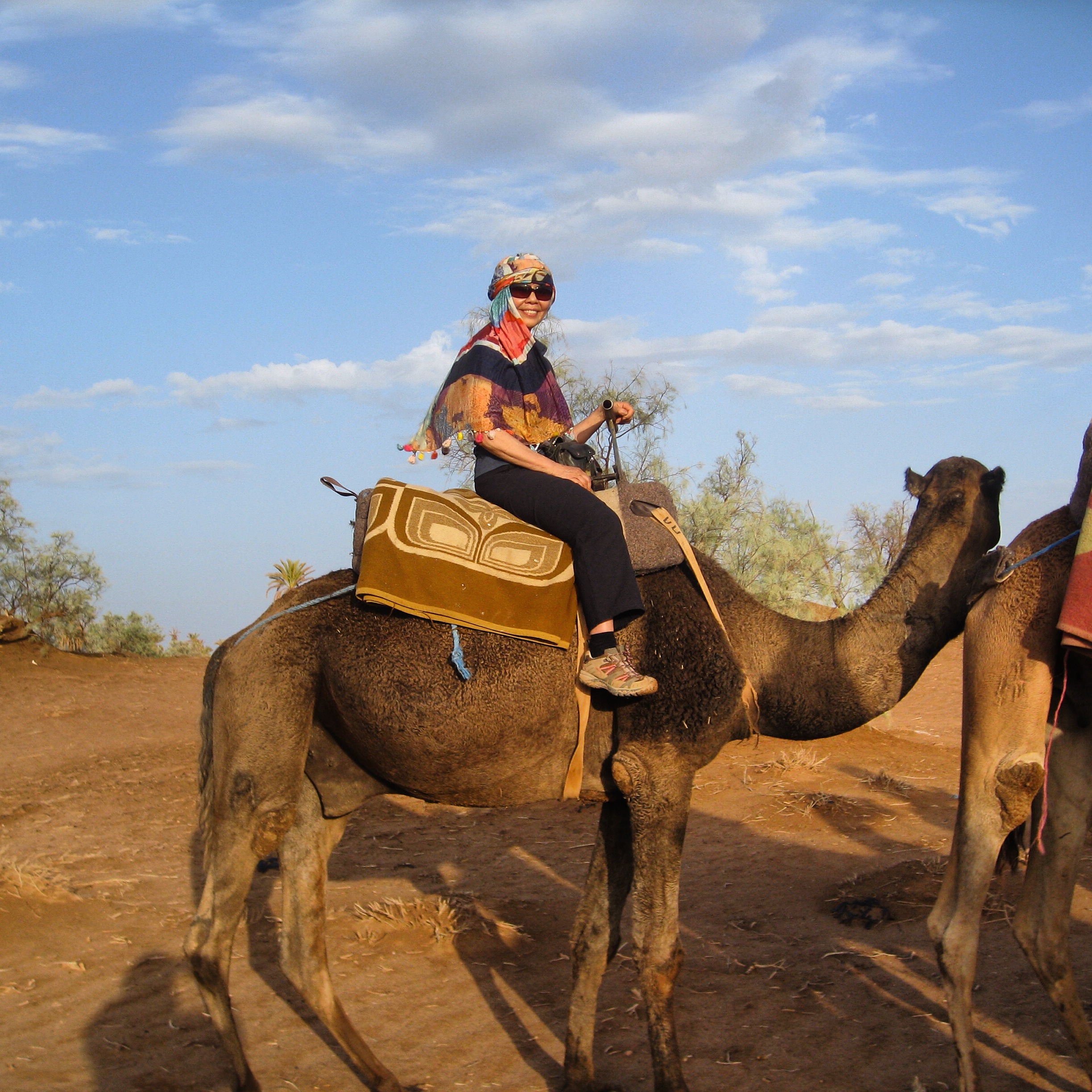 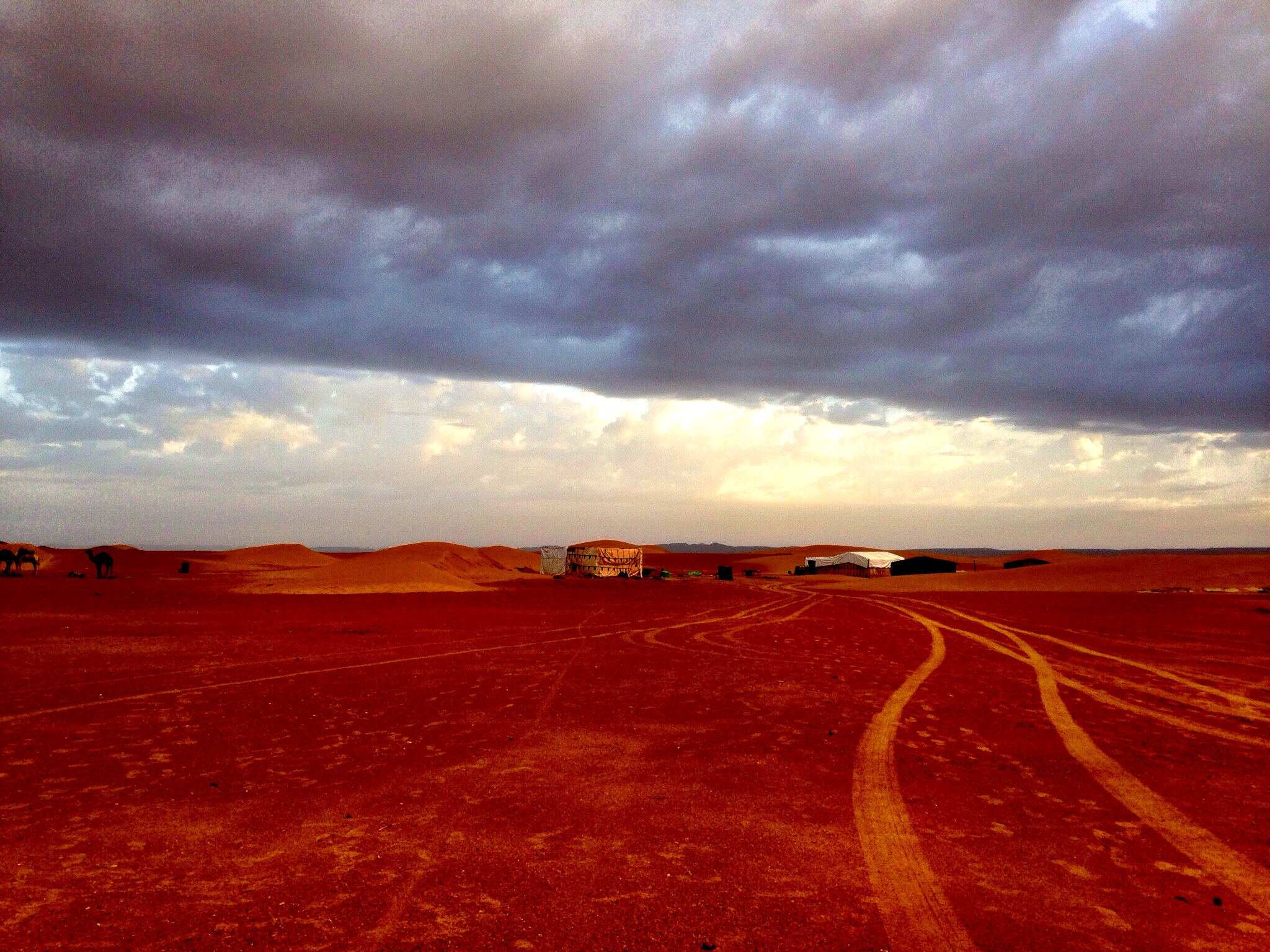 Sunset over the Sahara is breathtaking! 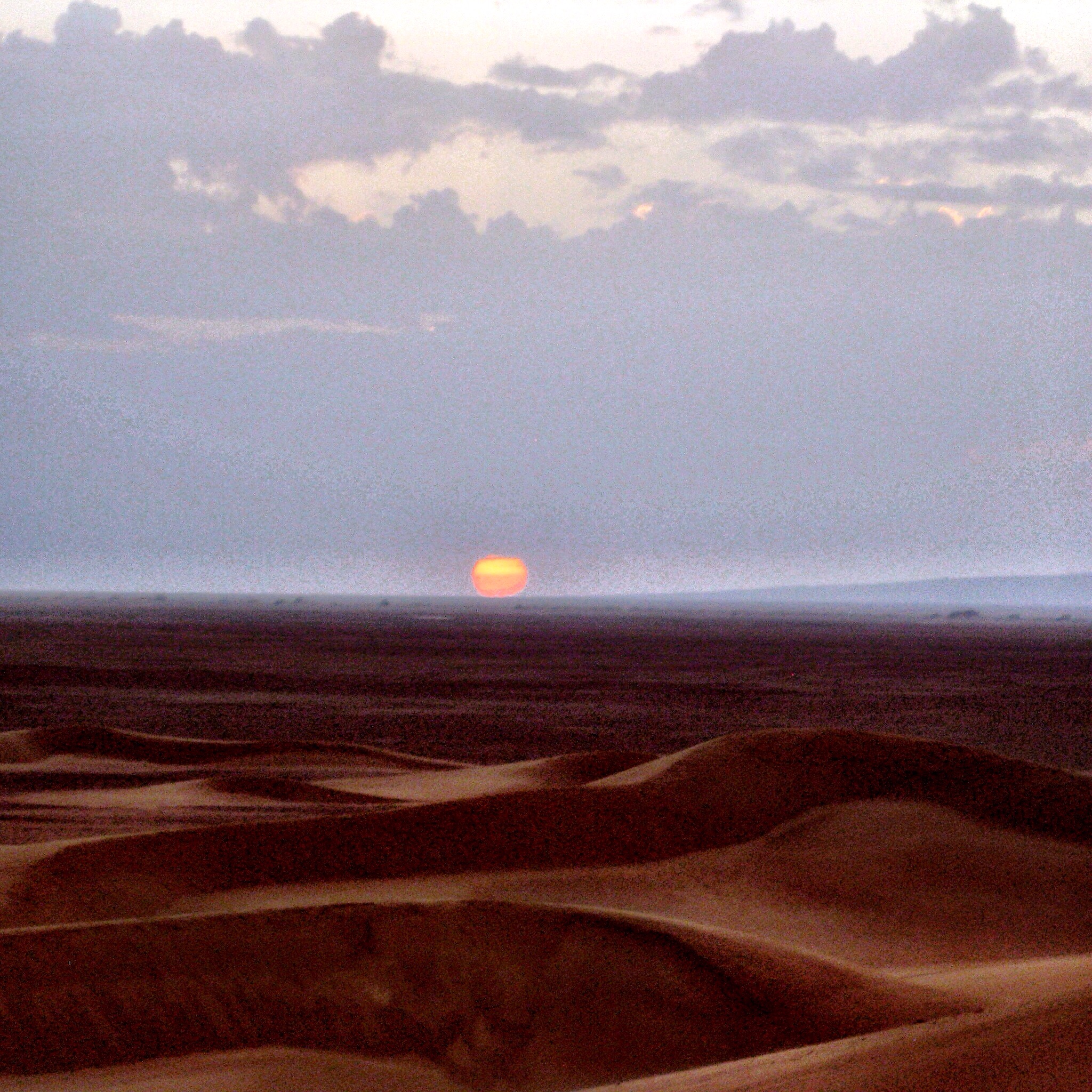 And goats do climb trees. We left the Sahara and headed to the coast where we found a herder with his goats. The goats eat the fruit and the nuts fall to the ground from which wonderful Moroccan Argan oil is made. 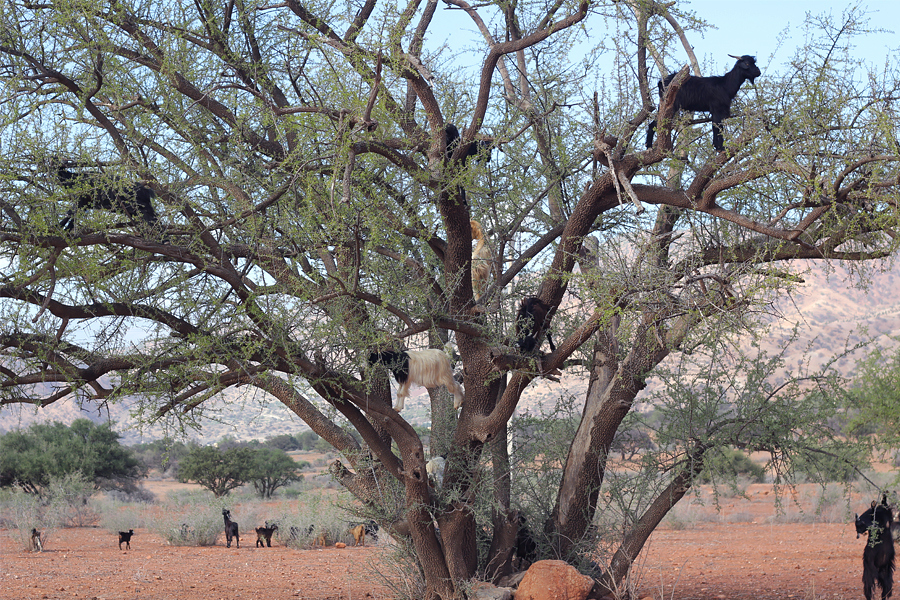 Essaouira by the sea! 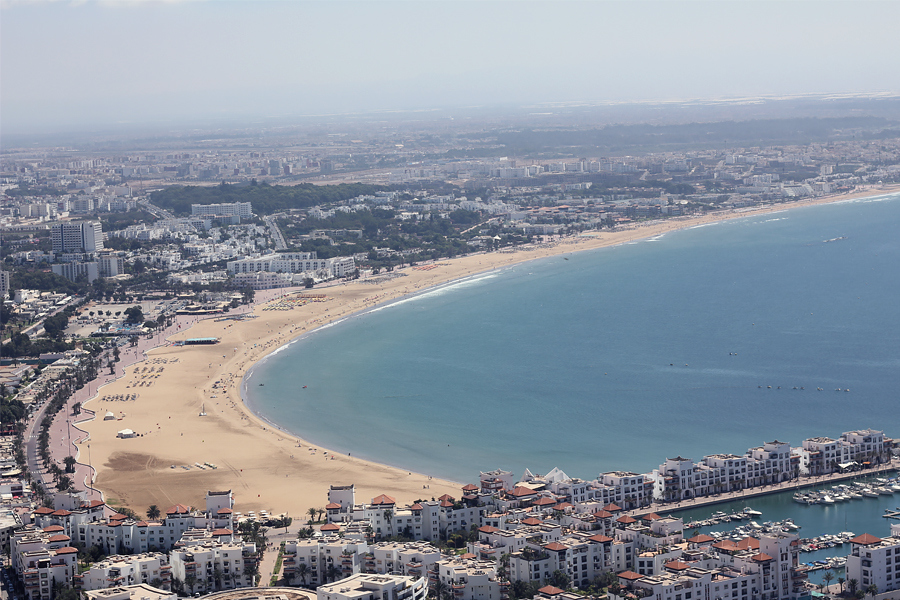 Looking out from the French fort 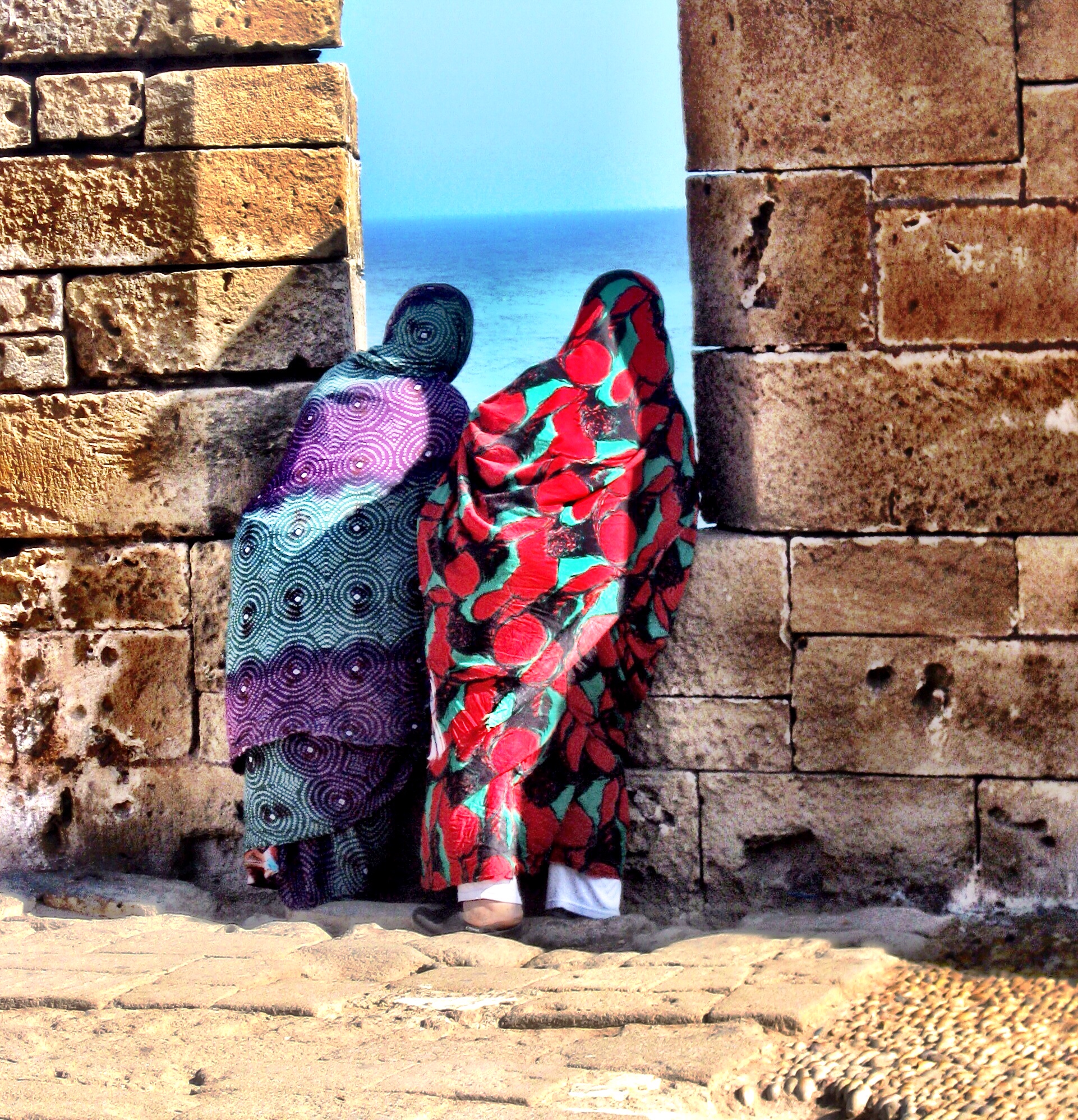 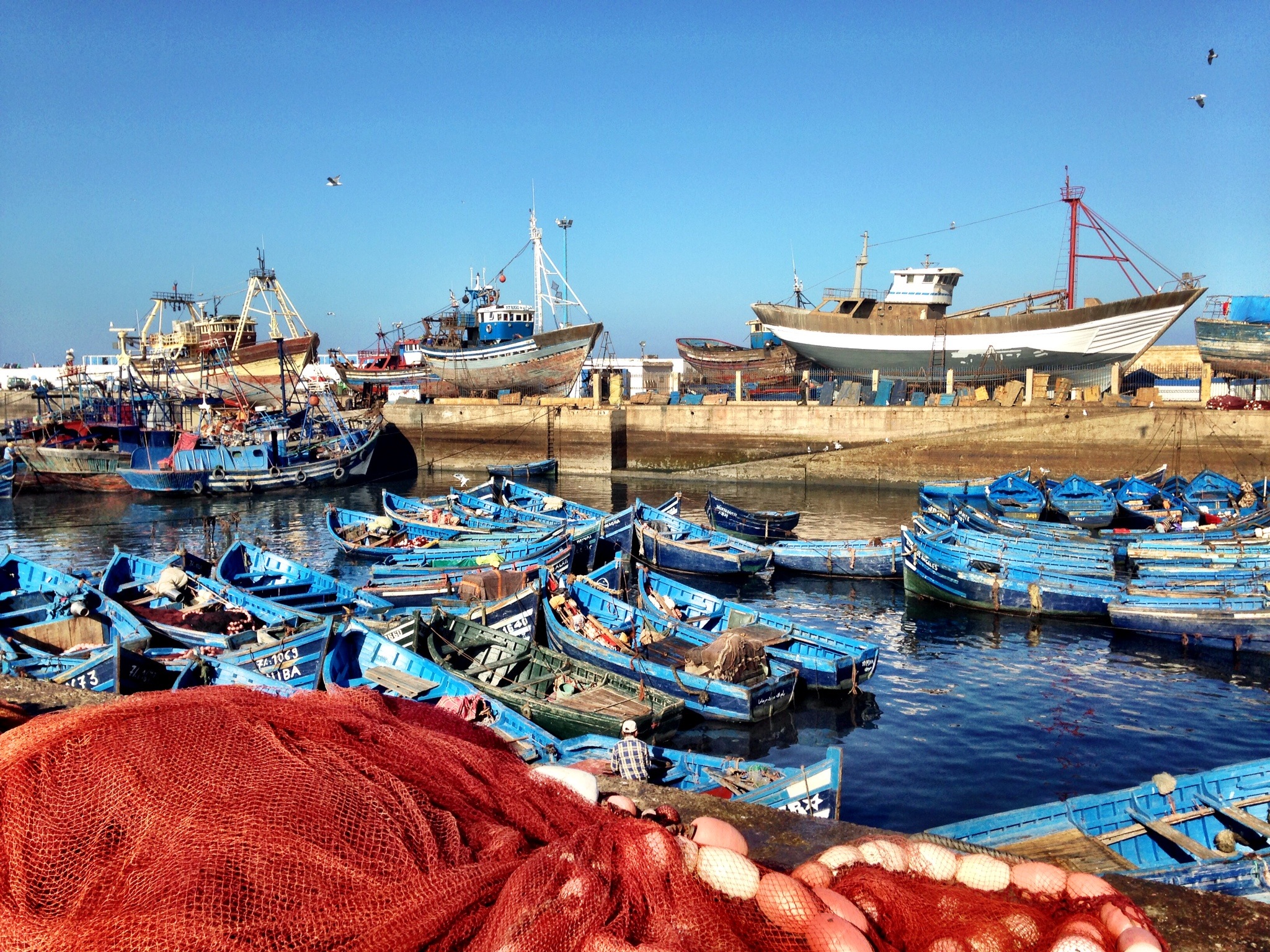 Behind every doorway lies a treasure. 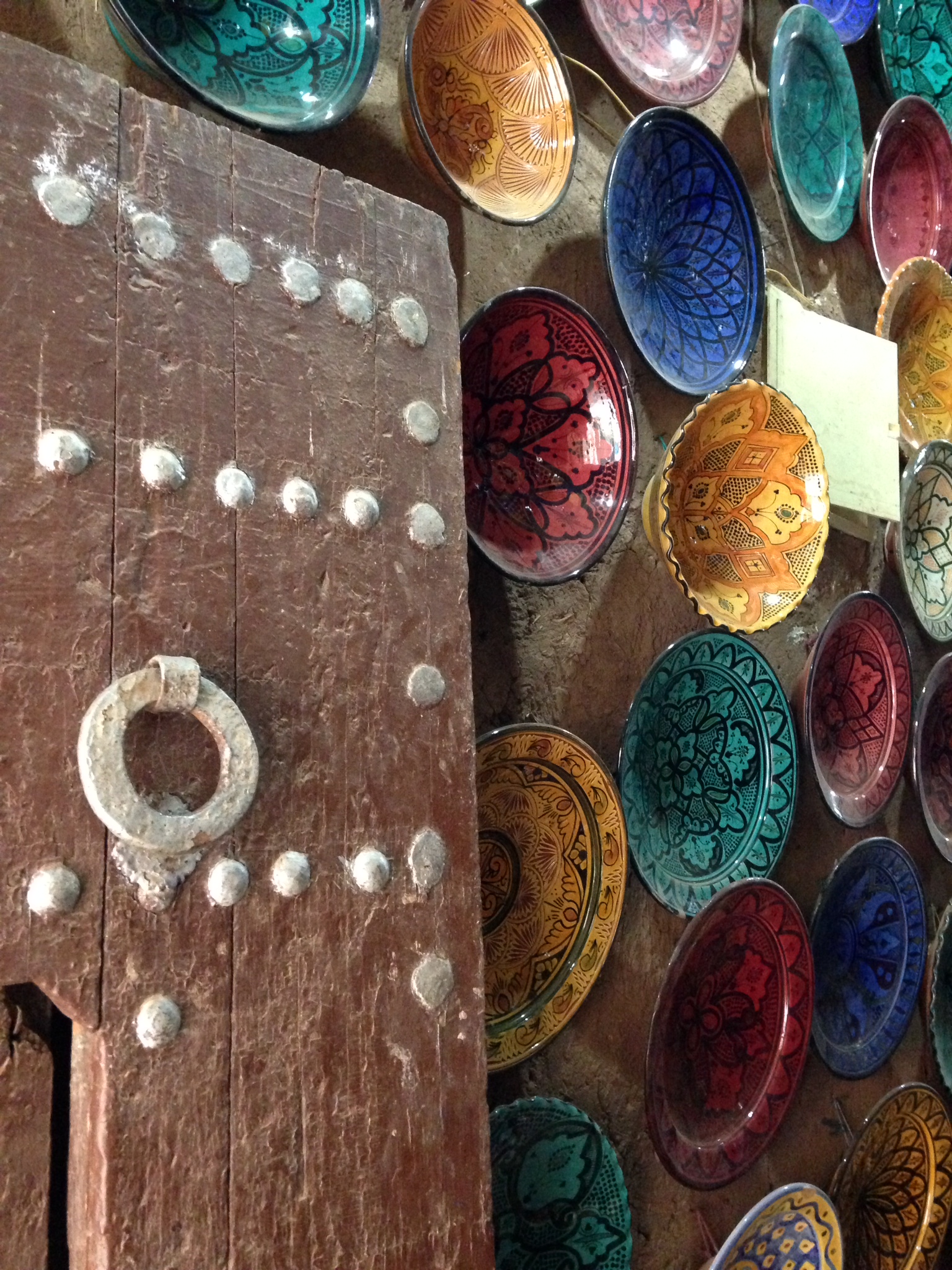 I highly recommend visiting beautiful Morocco. It now occupies a warm place in my heart. The people, the culture are wonderful. I read recently that Moroccan people rank the third friendliest to tourists in the world. First was Iceland, then New Zealand.

We were part of a small group with Intrepid Travel which I would highly recommend. For more on the culture, Tahir Shah’s “In Arabian Nights” is a must read on your return. http://www.tahirshah.com/