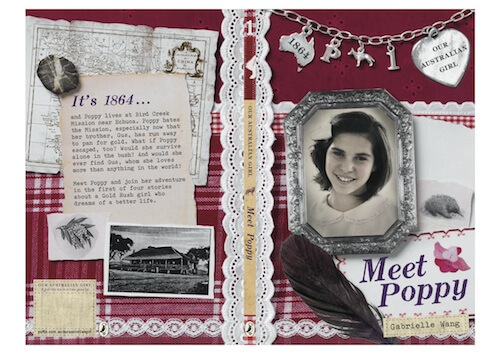 It is always an exciting time when a book is about to be launched. MEET POPPY is the first in a series of four novels about an 11 year old Aboriginal girl. Poppy (Kalinya) and her brother Gus (Moyhu) live on Bird Creek Mission near Echuca in the colony of Victoria. The year is 1864. Poppys Aboriginal mother died when she was a baby, and her Chinese father disappeared before she was born. When Gus runs away to look for gold, Poppy decides to follow.

I will miss being with Poppy every day. Ive grown to love her as I share in her adventures, her hopes, her fears and her dreams. Sometimes a character is a constant source of surprise to the author, and Poppy has certainly been one of those characters for me.