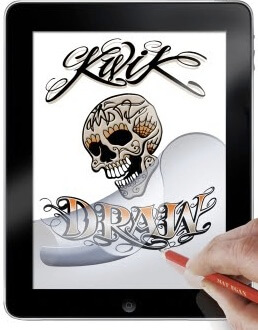 I love this ipad app called Kwik Draw. It works like a light box.

Before I purchased Kwik Draw, if I wanted to enlarge a drawing I used to have to take it to the printers and get them to do a photocopy.

I currently have a job drawing the head of a dragon for some children’s workshops at the Chinese History Museum in Melbourne.

As I already have an illustration of a dragon all I needed to do was to enlarge it.

First I took a photo of the dragon with my ipad. Then opened the photo in Kwik Draw. 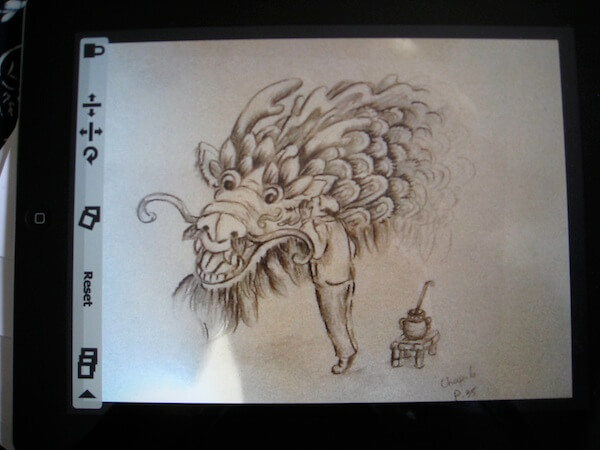 I stretched it to the size I wanted, locked the drawing in place so it wouldn’t move around while I was tracing… 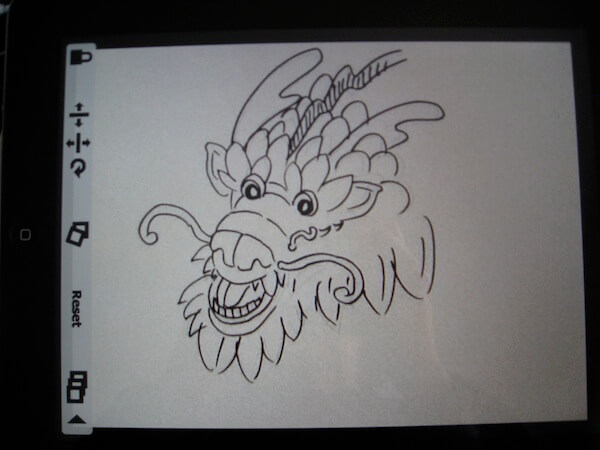 … then I laid a sheet of paper over the ipad and traced the dragon head directly from it.

I took a photo of that drawing, again opened it in Kwik Draw, stretched it to the size I wanted and there you have it. 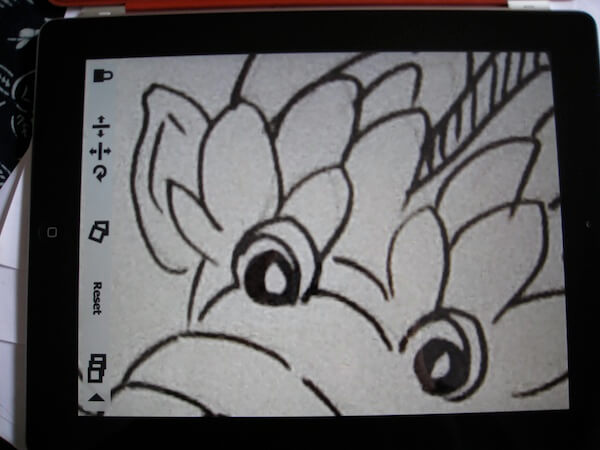 It’s a simple app but one of the best illustrating tools I own!

One thought on “Making an artist’s life easier”