It’s been a while since I last wrote. Lots of things have happened, are happening. Some I can mention, some I won’t. Some emotional stuff too. Life’s like that. That’s how you know you’re alive, I guess.

I’ve been drawing more than usual lately. Like anything worthwhile, you have to be constant and practice and practice before you can improve.

I remember when my son used to play competition tennis. If he felt he played badly he would be despondent in the car. I would try and cheer him up by telling him that there are times you improve and times when you reach a plateau, or maybe even go backwards. It might seem that way on the surface but actually your tennis is improving because you are now processing new information which needs to consolidate before your level goes up, I would say.

Well I had a bit of that myself the other night in drawing class. Loss of confidence, negative self talk etc. In the previous two classes I quite liked what I’d done. 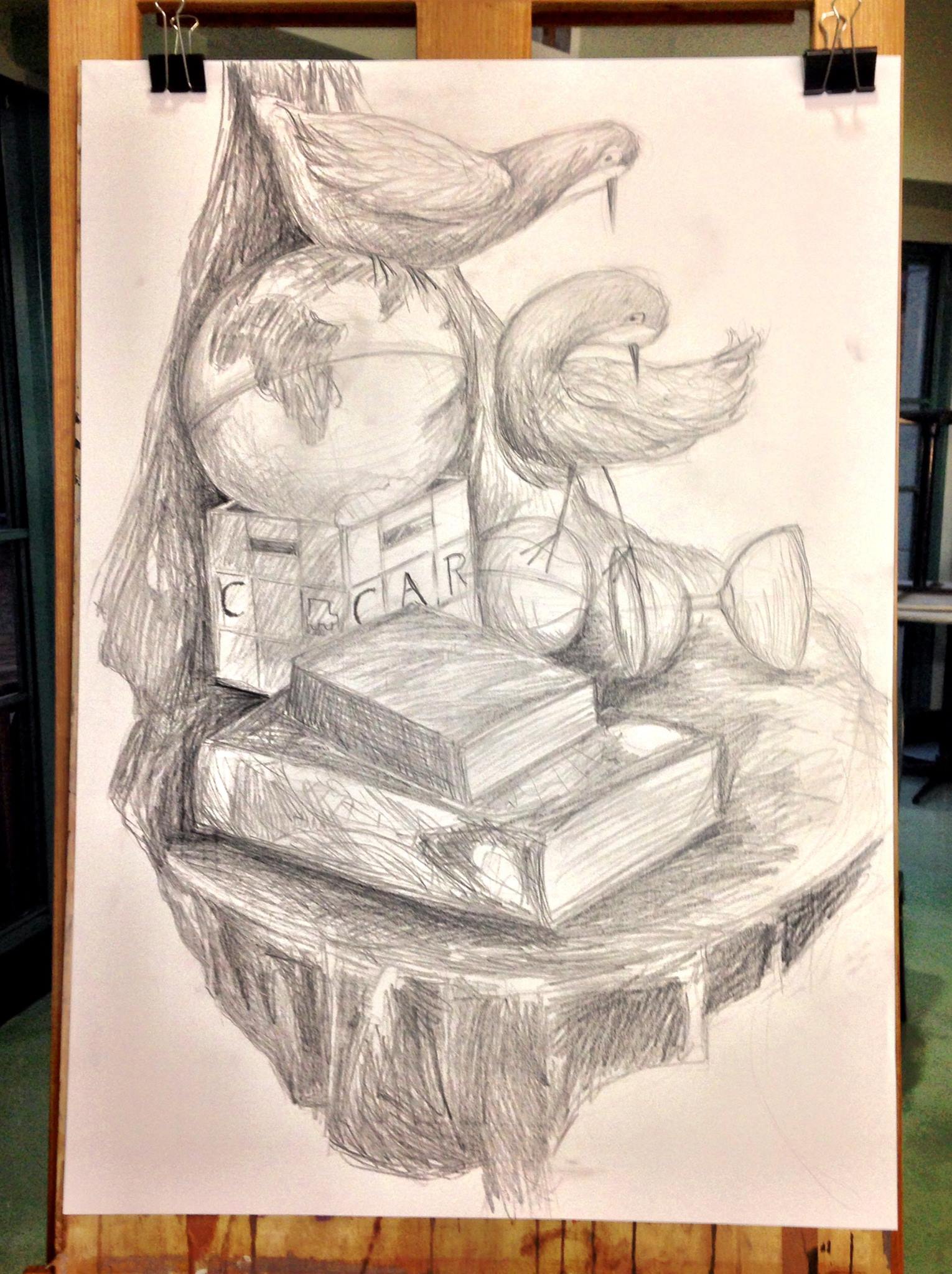 In this still life I added the birds and in the drawing below, the shawl that was draped on the table morphed into a dragon. 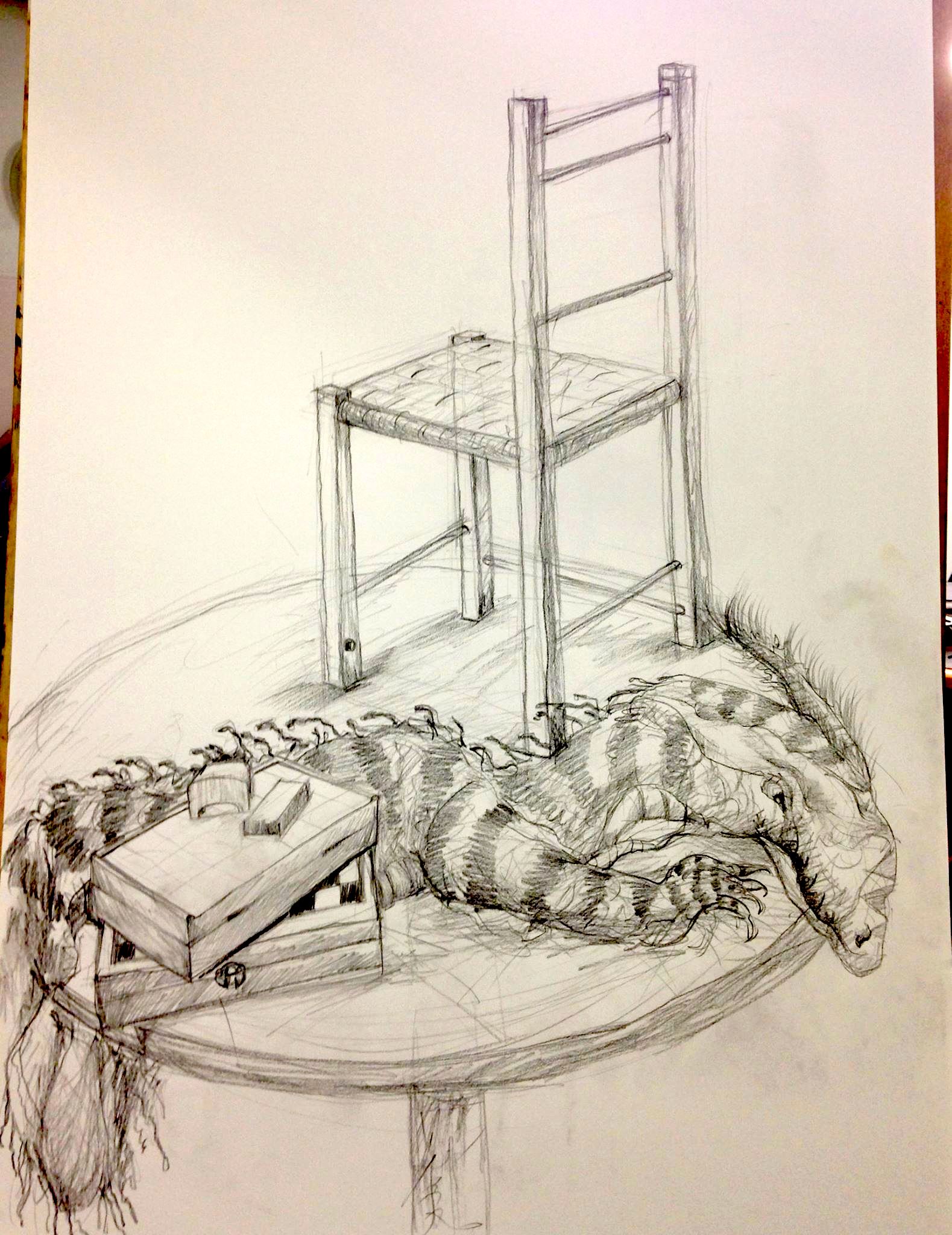 But last Thursday’s drawing was so bad I threw it away.

It’s all about standards. The higher your standards, the more discontented you feel about your art which is all a part of the frustrating process of creating and so the cycle goes on.

I’m writing a novel for eight to twelve year olds. The first draft is almost complete and will be ready to send off soon. At the same time, I’m working with one of my favourite authors on a middle grade detective series.

The whole process of writing together is very interesting and it’s a matter of finding out what works for both of us. I think, I hope we have finally nailed the plot. We certainly have nailed the characters.

I’m reading and enjoying an historical fiction series by Robert McGammon. The main character is Matthew Corbett and the books are set in New York City between the late 1600’s to early 1700’s. I love his attention to detail and find them very well researched. Having written historical fiction myself with the Poppy and Pearlie books, I know how much work goes into it.

I’ve also been writing in cafes quite a bit lately. It keeps me off social media which is always a trap for me. I like writing in my local library too, which conveniently has a coffee shop attached.

My first public appearance for the year will be at the Children’s Book Festival on Sunday 22nd March at the Wheelers Centre in Melbourne. I’ll be talking about my books as well as doing a story-telling session.

Maybe I’ll see you there!

Oh, and here’s a photo I took of Hero. 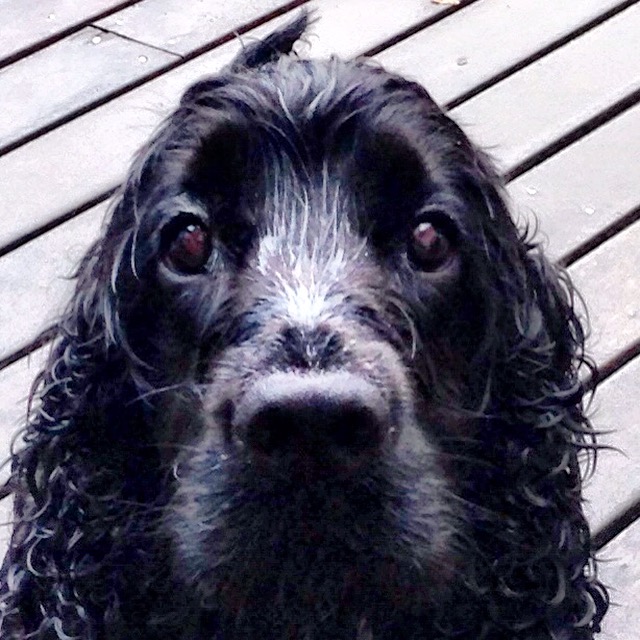