This interview was originally published on Sue Bursztynski’s website The Great Raven.

“One of the nicest things about being involved in children’s and YA writing is the people you meet. Gabrielle Wang, the author of several lovely, gentle fantastical books for young readers, is a Melbourne writer, so we’ve met at a number of events at the Centre for Youth Literature and other places. Two of my students, Pepa and Shane, absolutely loved her novel, A Ghost in My Suitcase, which they read for English as part of Literature Circles – so much that they hunted up her other books to read. Pepa is currently enjoying Little Paradise. It seemed a logical follow-up to ask her some questions – and Gabrielle very kindly agreed to answer them – not only that but to publish the interview on her own website.

Take it away, girls!” 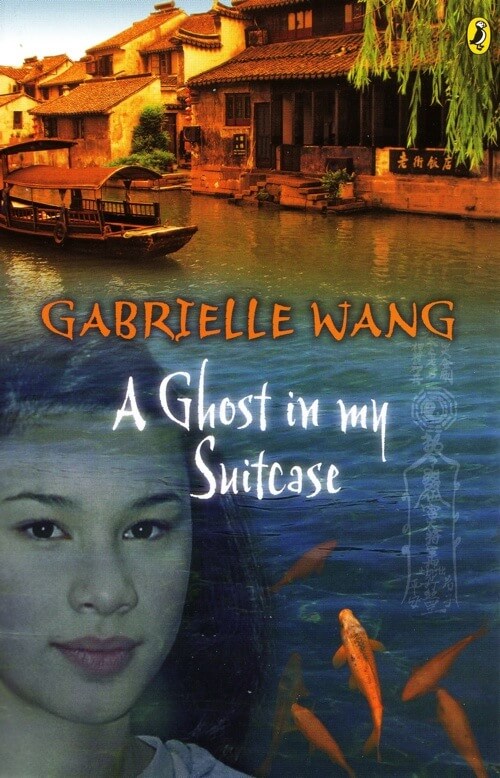 P/S: Did you write this book to help children face their fears against ghosts they are afraid to find?

G: I wrote A Ghost in My Suitcase to explore ghosts and ghost hunters and the Chinese idea of death. Hopefully along the way, children will also be able to overcome their fears. The idea came from the character Por Por in The Pearl of Tiger Bay. She was so strong she needed a novel written all about her. 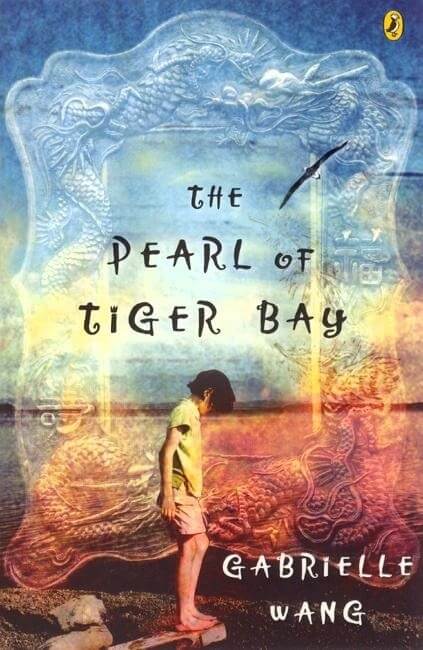 P/S:  Have you seen ghosts?

G: I havent seen a ghost but I have heard them calling my name. Ive also had strange, ghostly things happen like doors opening and even words that suddenly appear the next time I open the word document on my laptop.

P/S: According to your site, you have used ghost-hunting equipment. What equipment have you used?

G: Did I say that? Ive never actually used any ghost hunting equipment but I do have some coin swords, mirrors and bells. 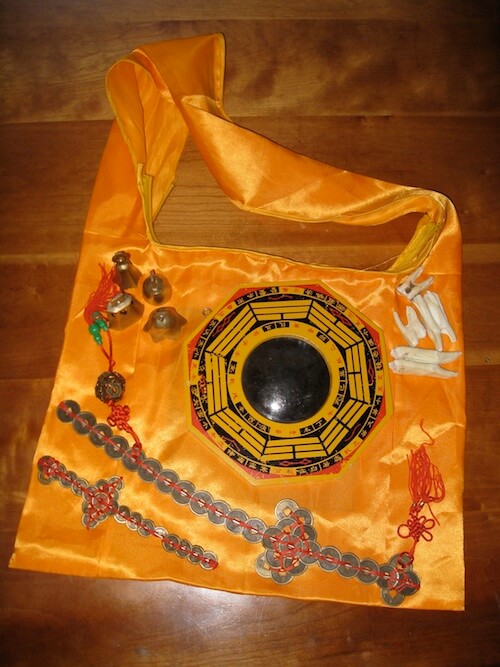 P/S: Why was the sequel The Pearl of Tiger Bay published before this one?

G: I have already answered this in Question One. When I wrote The Pearl of Tiger Bay I had no idea I was going to write a prequel.

P/S: Okay, Im going to ask about the characters now, the places and the culture.

How come Celeste is the only one who has the ability to fight ghosts with her voice? Is she the chosen one? Because according to Por Por, she never found information about this ghost ability she has.

G: Yes, Celeste is the chosen one. It came naturally to her. Thats why she was destined to be a ghost hunter. She was the first ghost hunter to use her voice as a weapon.

G: She died of cancer. Even though this is not written in the novel, a writer has to know her characters complete background.

P/S About Ting Ting, how did you develop her character?

G: When I first began writing A Ghost in My Suitcase, Ting Ting was Celestes Shanghai cousin, a university student called Ky. He was also a boy. But I grew bored with Ky and I thought that if Im bored with him so will my readers be. As soon as I changed Ky into a moody girl, the story suddenly took off.

P/S Does Isle of Clouds exist? It seems so real! I want to visit it!

The Isle of Clouds is based on an ancient water town near Shanghai called Wuzhen.

Bao mansion is based on an old house in the hills overlooking West Lake in Hangzhou, China. When I was writing the scenes with Bao mansion, I pictured the old house in my mind.

P/S: Is the story based on true events?

G: Everything in the novel is made up except for the historical parts about China and the international settlements.

P/S: If you caught a weak ghost, can you actually turn them into goldfish?

G: I made that up too. I thought it would be fun and far less violent than destroying the poor ghosts. Only Shen Da Pai needed to be destroyed because he was Celestes enemy, and an enemy of her family for generations.

P/S: If you were trapped in a mingshen mirror, could you really get out with the help of pure or holy water or tears?

G: I am told you can trap a ghost in a mingshen mirror but the part about using tears I made up.

P/S: What do you think it would be like to be trapped in a mingshen mirror if it was possible?

P/S: Celestes mom made a short appearance in the book. During that short appearance, she was planting tomorrows. What are tomorrows? I tried surfing the net about it and I ended up with How to plant tomatoes…..-_-.

G: I made up tomorrows to symbolise the future. Celestes mum was planting them because she knew she didnt have many tomorrows left. She died young.

G: All the different ghosts came out of my imagination. Its so much fun writing novels!

P/S: Are there different techniques to catch or fight ghosts?

G: Some of the techniques I researched are real, like trapping ghosts in mirrors and controlling them with coin swords.

P/S : With all the ghost and supernatural books you have been writing, do you actually believe in supernatural things such as spirits and an afterlife?

G: I do believe in an afterlife. I am not Buddhist but I lean towards that belief  that we are reincarnated.

P/S: Do you celebrate any of the things the Chinese culture celebrates, such as hungry ghosts, mingshen mirrors and others?

G: We celebrate Chinese New Year with a big family dinner, the Autumn Moon festival with moon cakes and grave sweeping day where we clean the grave of my father.

Much of what I write is from personal experience. For example the scene in A Ghost in My Suitcase where Celeste is in the bus on her way to the Isle of Clouds is from a real experience. While I was studying painting in China we went to sketch in the mountains. To get there we rode for hours in a rusty old bus. That chapter is exactly how I experienced it including frogs jumping around our feet and the big hole in the roof. I really did have to put up my umbrella! My YA novel Little Paradise was based on my mothers story. And my first novel, The Garden of Empress Cassia is based on how I felt when I was a child. 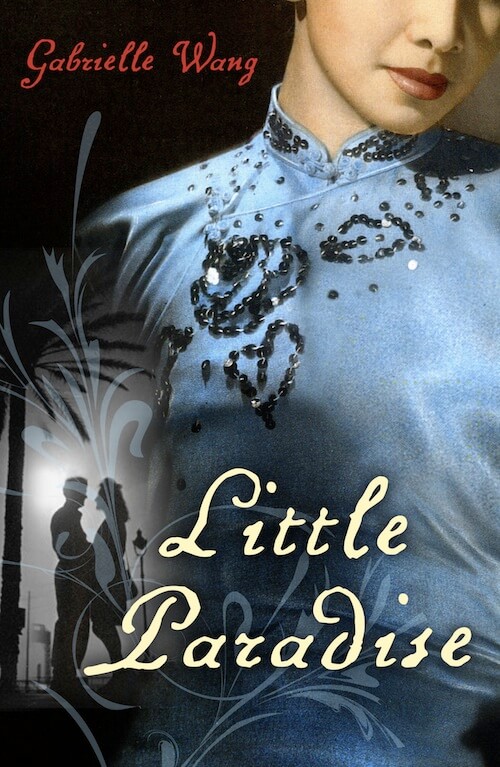 P/S: In the middle of your writing, do you feel that you are the characters or the main character?

G: I am definitely all the characters – even the bad ones. They are parts of myself. 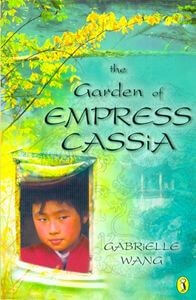 Thank you, Pepa and Shane for the fantastic questions!