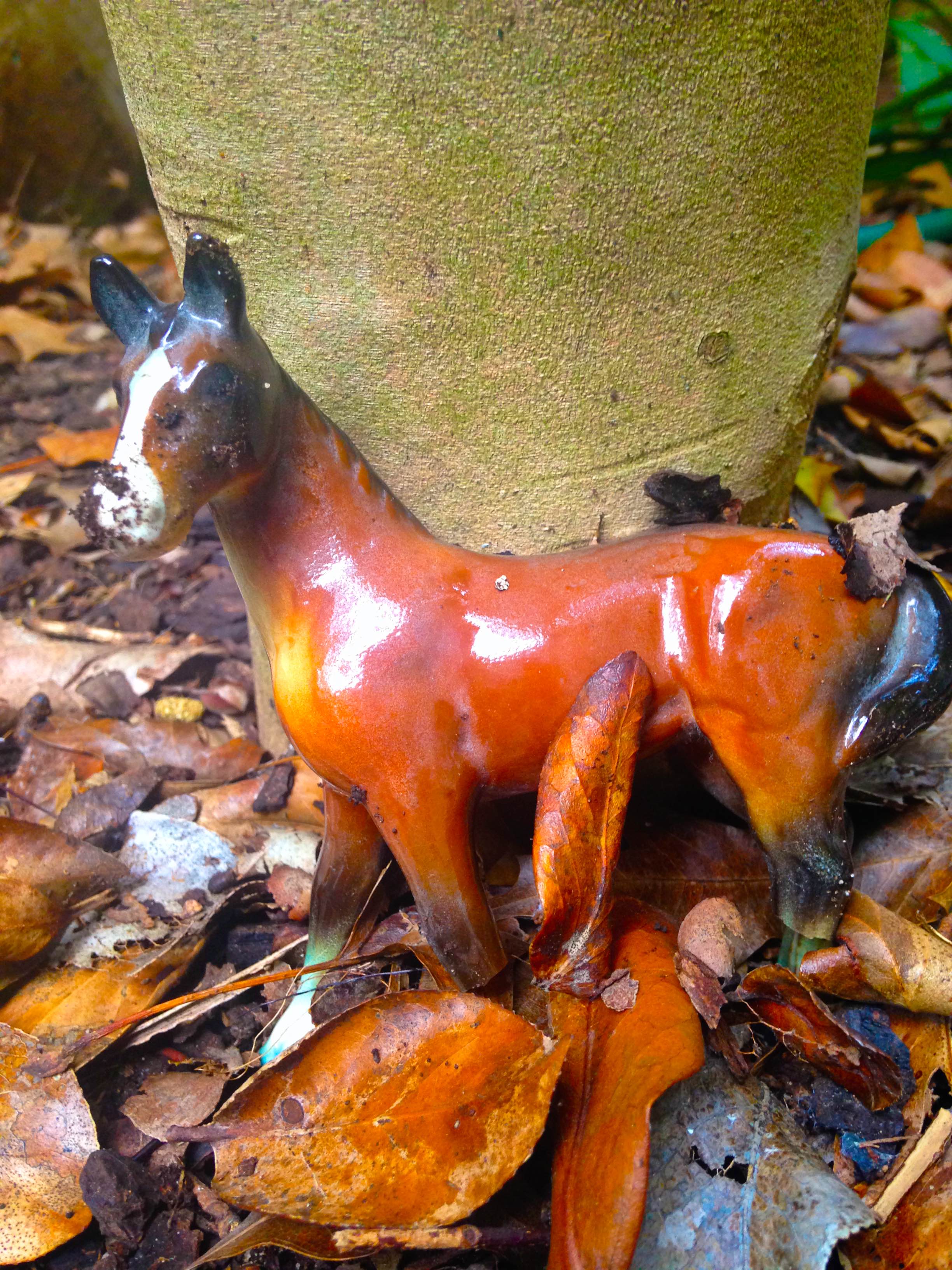 There is a horse in my letterbox

The first time I saw him was on the nature strip where he lay for four days.

He is a china horse and has two broken legs.

On the fifth day he had disappeared and he slipped from my mind.

The next time I saw him was in my front garden.

He was leaning up against the trunk of a camellia tree.

I left him there thinking that he is on his own adventure.

And then he disappeared.

He slipped from my mind once more until I found him in my letterbox.

And that is where he has lived for the past six weeks.

I wonder where he came from.

I wonder where he lived and who he belonged to.

I wonder many things about him.

If I were a grown up kind of grown-up, I would say that a child had dropped the horse on his/her way to school.

That some days later a passerby had put the horse in my garden.

Then another passerby, thinking that it belonged to a child who lived in my house, placed it in the letterbox.

But I am a children’s author, a grown-up with a forever child-like mind.

And so I have left the horse in my letterbox.

He may be hiding.

He may be running away.

He is on his own journey.

And one day he may decide to leave.

Out of mystery, out of innocence, out of magic ideas grow.

And that’s how stories are made.

8 thoughts on “How to Make a Story”