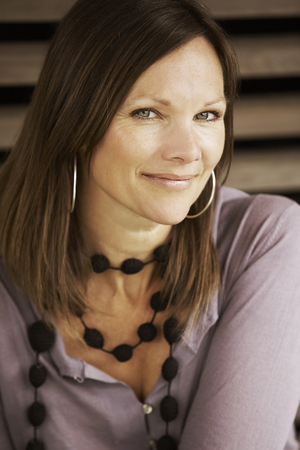 With the release of her fantastic new book, The Reluctant Hallelujah, Gabrielle Williams is my featured author on How Writer’s Work.

I first got published back in 2001. A little book that I still really like – although I suspect I’m the only one – called ‘Two Canadian Clubs and Dry at the Martini Den’. It had been short-listed for a short story competition in HQ Magazine (that’s how long ago it was – HQ isn’t even around anymore), and even though I didn’t win my hubby and I went along to the awards night and met some publishers, and one of them told me that she’d really liked my short story. She then asked me if I’d written anything else, and I told her my short story was the first chapter of a book I was writing, and she asked me to send through what I had. So I sent through the first 8 chapters, and she signed me up on those. I was lucky, but then again, I think that’s part of being published. Pure arsed luck.

Every day I start off with noble intentions. I tell myself that I won’t do a thing until I’ve written at least one chapter (ie. grab a coffee, read the newspaper, go on Twitter). But then the front page of The Age hooks my attention, and I have a quick little peek at Twitter because thats my home page, and by the time I’ve finished trawling the internet I’m well and truly due for a coffee, so I go up the street and grab myself one, and then I have a look in the op shop next door, just for a minute, and by the time I get home it’s lunchtime. So I make myself lunch and read the newspaper fully, and do the Sudoku, and after I have lunch I tell myself I really need to knuckle down, and sometimes I do. And sometimes I don’t. In fact, it’s a bloody miracle I ever get anything done at all.

I’ve got a lovely room at the front of the house where I look out over the street and watch the people go by. My dog sits at my feet and technically I should have no problems sitting down there for hours, but I often do. I guess it’s the way I write – everyone’s got different techniques and my one seems to be full of guilt, procrastination and then beating myself up. But at least I’ve got a nice room to beat myself up in. 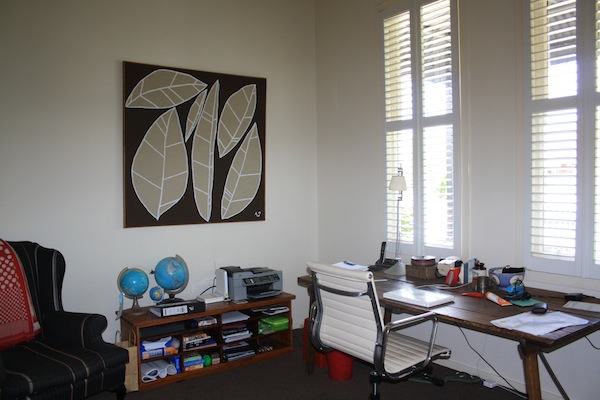 What is your latest book or what are you working on at the moment?

My latest book is ‘The Reluctant Hallelujah’, about a group of teenagers who have to drive – unlicensed – in a 1964 Ford Falcon up to Sydney, just before exams start, and deliver a very important ‘package’ that their parents (and grandparents before them) have been looking after for the past 28 years. My publisher thinks it will probably be quite controversial, and my publisher in America won’t have a bar of it because they think it’s way too crazy, so I’m kind of nervous about what kind of response it’s going to get. But eh, whatcha gonna do. It’s out there, and hopefully people like it. Just for the record, I don’t think it’s terribly controversial – I think it’s funny and romantic and just a cracking good yarn (but that might just be me!). 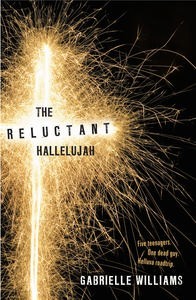 8 thoughts on “Gabrielle Williams on How Writers Work”