As I write this blog the sun is warm upon my back. I am a sun worshipper and hate the winter. Were having a bit of an Indian summer here in Melbourne even though its autumn. When I gaze out of my bedroom window I see the first tinges of pink on the oak trees that line my street. Only in spots though, like the blush on a young girls cheek.

In the background I hear the whirring of my very noisy refrigerator and whining from my dog, Hero. The little guy was neutered yesterday at the RSPCA. Maybe hes still in pain, I dont know, but he is very restless. Last night as I was stroking him, the thought popped into my head of the thousands of eunuchs that populated the courts of the Chinese emperors. The way these poor men were castrated was extremely cruel and painful. If you’re interested here is a great article from the ABC about China’s last eunuch. Such a sad life.

I wanted to do more writing this month. I have a deadline for The Wish Bird looming on the horizon but I have been talking at schools almost non stop since my return from LA where I was attending my mother-in-laws memorial service.

My first talk was to the wonderful Education students at RMIT. I thought Id be jet-lagged but to my surprise I had no sign of it. For once I was able to sleep on the plane rather than just doze. It helped having my husband and son sitting with me – Im usually surrounded by strangers which makes it hard to get comfortable.

Next was the Childrens Book Festival held at the Wheelers Centre and the State Library of Victoria. What a wonderful event it was. I spoke to two schools on the Friday in the magnificent Queens Hall built in 1856 which was the original reading room of the library. 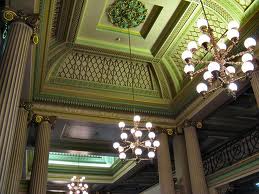 As part of the book festival there was also a family fun day. Sally Rippin and I talked about our picture book,The Race for the Chinese Zodiac then I did a dragon drawing workshop with a bunch of wonderful kids.

One of the highlights of my weekend was discovering Harry Power’s gun in an exhibition upstairs in the State Library. Harry Power was a bushranger who supposedly taught Ned Kelly a lot of tricks about stealing and I included him in my Poppy books which are part of the Our Australian Girl series. 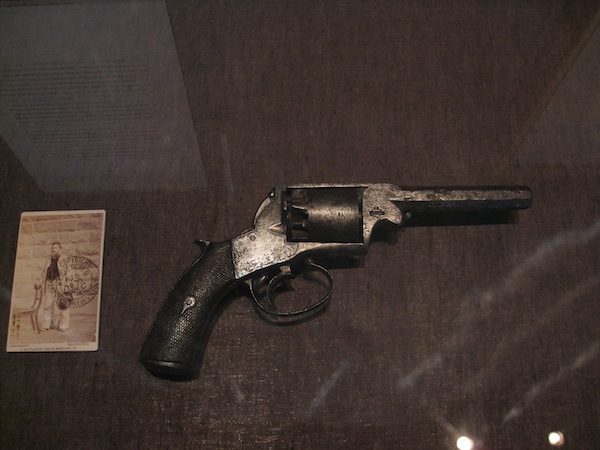 At the festival there was also book signing so I signed lots of copies of Meet Poppy. One mum told me that she and her family were reading Poppy Comes Home at the same time as they were in Beechworth. This novel is set in Beechworth so they did a walk visiting the places that Poppy went to. This gave me a fantastic idea – making up a map that readers could follow as they read the Poppy series.

For the whole year I will be cultural ambassador/writer in residence at St Albans Primary School. On Monday, Tuesday and Wednesday I spoke to every grade from Prep to grade 6 about books and writing. Next term I will teach the students Chinese painting and then develop their creative writing skills. They are a wonderful school with students from a wide range of ethnic backgrounds. Hopefully I will be able to inspire them.

This is my favourite Peng drawing done by a prep student. It’s so beautiful and whimsical and the face looks just like the little girl who drew it. At the beginning of the workshop she said, ‘This is tooo hard.’ 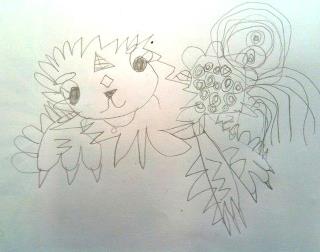 These are my beautiful painting drawers. I had them made in the style of the Shakers, a religious sect known for their clean lines and simplicity. 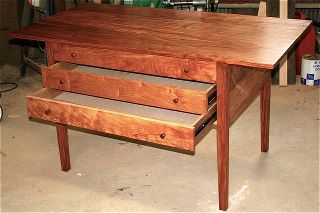 I am always rescuing animals. Last week it was an 18 year old dog called Bella, luckily I found her owner before SaveADog came to pick her up and the week before it was a raven. He was in the middle of our street being bullied by two magpies. He could barely fly and walked as if he was drunk. A friend and I took him to a wildlife carer but when I arrived the lady didn’t look too well herself. I’ve taken lots of animals to her before but she is elderly in her 80’s. I told her we’d be back to look at the bird in a few days as I was worried that she may not be able to care for it.

Two days later, the raven seemed much better. He had been eating and he looked much more lively so we took him back to my street and released him. Sadly though he still couldn’t fly and tottered about just like he did when we first found him. And the same two maggies flew down to pester him.

All we could do was surrender him to the bird vet I use for my cockatiel, Cookie. I’m sure they would have put him down. It’s costly and time consuming to care for an injured native animal and vets are businesses after all.

Here he is sitting quietly while I drove. 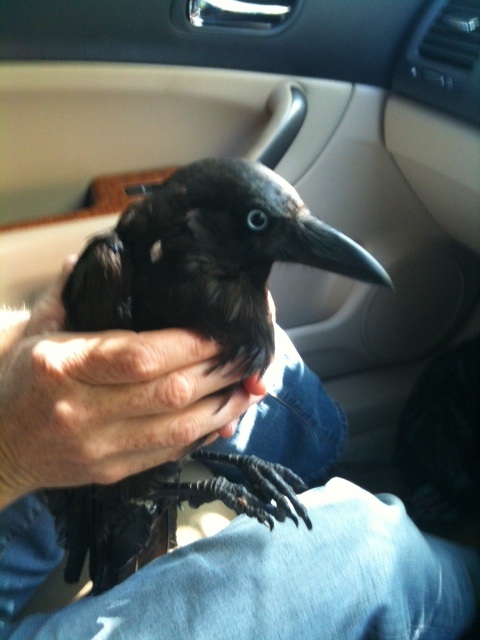 The Hidden Monastery I am very pleased to announce has been re-released into bookshops with a brand new cover. I loved the old cover but it was a tad too quiet and there was no blurb on the back. I realise now how important blurbs are. I would love to see The Hidden Monastery fly because it’s one of my favourite books. 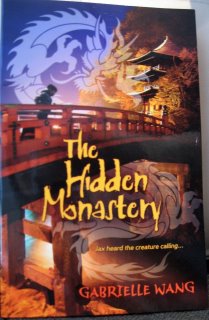