For the past 4 years I’ve had a rush of novel deadlines, first with Little Paradise, then with the four Poppy books. So how blissful it is now to relax in front of my drawing board, pick up a pencil or paintbrush and work on illustrations.

It feels as if I’ve come home and am thawing out in front of a warm fire with a hot cup of tea. 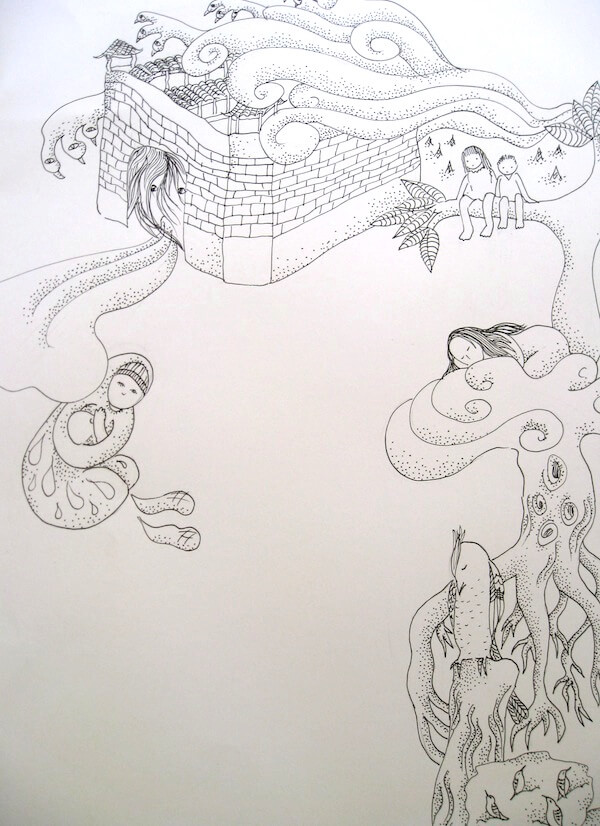 This illustration is a visual representation of the first few chapters of my new novel, The Wish Bird. It begins at the bottom right hand corner in a forest of birds. I did the illustration in a creative journaling workshop run by authors, Simmone Howell and Lisa D’Onofrio. Not only was the workshop great fun, but I had never plotted a story visually before, so this was a wonderful discovery. I’ll probably end up covering my writing room with sheets and sheets of illustrations as the novel progresses. 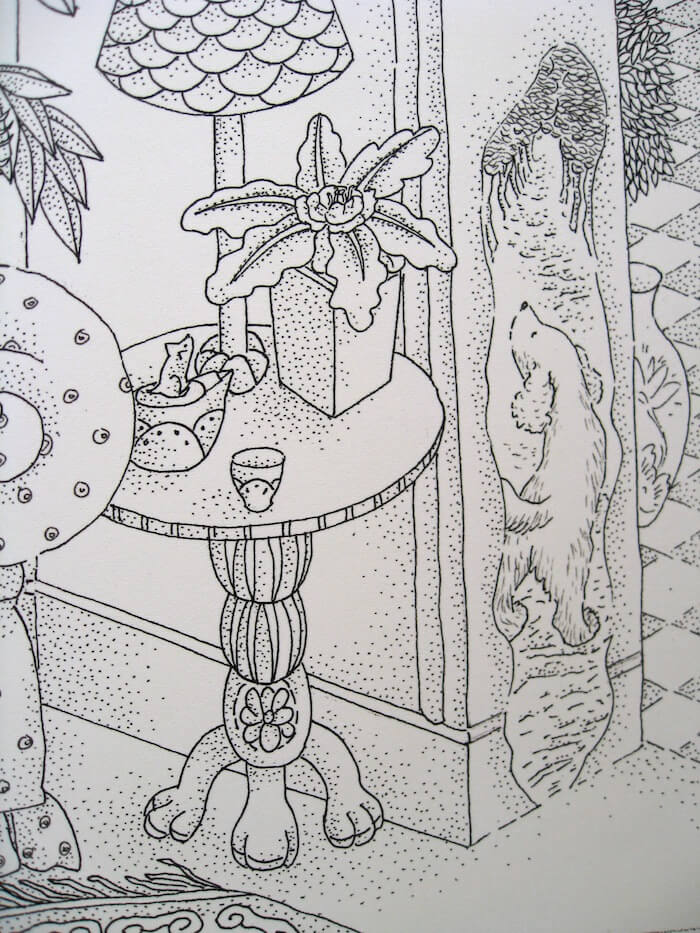 This is a detail of an illustration I’m working on. It’s called Leaving and is based on a dream that I had after my dog, Saffy, died. I dreamt that the wall opened and she was being called, summoned by a higher power. When she went inside the wall, a whole other realm opened up to her and off she ran. The illustration will be in a grey scale wash. 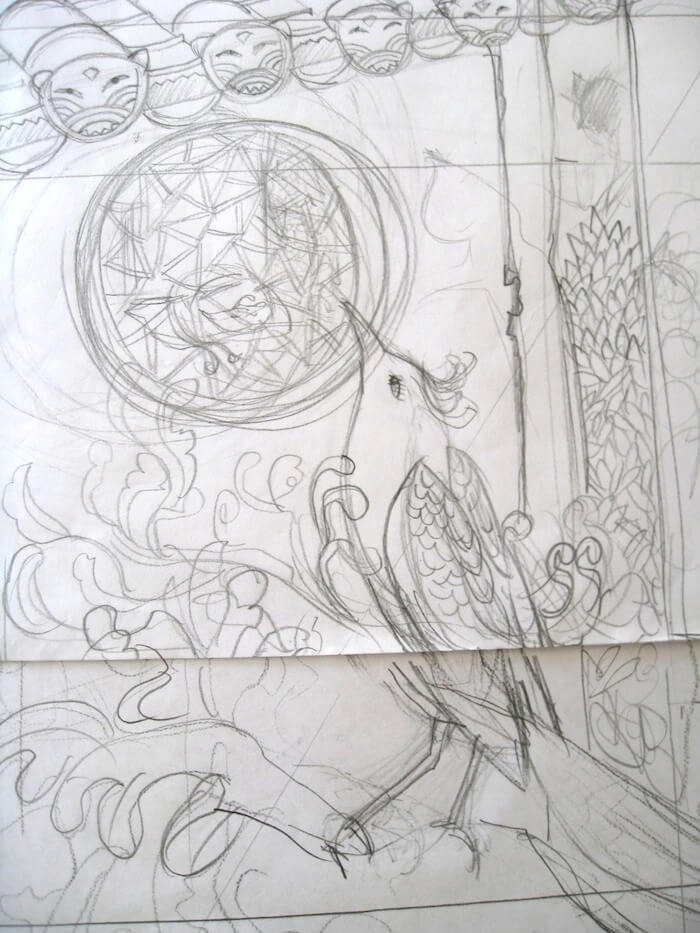 This rough is for an illustration that will eventually appear in The Wish Bird. I don’t usually do the illustrations first but going with the flow is my motto.

2 thoughts on “Drawing your way into a story”