When my son was a little boy he wanted to be a truck or a crocodile when he grew up. Oh, to have the creativity of a child, the boundless mind without compartments. The Taoist philosopher, Lao zi says that we must get back to this childlike state, to be like an uncarved block of wood. Young children i.e those between the ages of 2 to 6 are such natural artists. They draw from primitive instinct. Their interpretation of the objects they draw is sensitive, beautiful, naiive. But as we grow older we straighten out those lines, smooth out the wobbles, until the creative ability we had as children is squeezed out of us and we end up thinking we cannot draw. This happens far too early. When I go around speaking at primary schools, I have them do a drawing with me. In the beginning at least half the class say they can’t draw, but by the end of the exercise they are all extremely proud of what they have achieved. I wonder what would happen if art was considered a higher priority in our society.

One of my heroes is the Chinese painter Ba Da Shan Ren 1626-1705. He was a child prodigy – a brilliant painter and poet. Wang Kaixuan (Deputy Curator, Ba Da Shan Ren Museum) writes, ‘Once a relative of the emperor, Ba Da Shan Ren became a man whose family had been broken up and destroyed. He was in this mood all his life. Look at his inscribed name. When the four characters Ba Da Shan Ren were written together, they looked like two characters meaning cry and laugh. They implied that he did not know whether to laugh or cry. They were metaphorically used to refer to his lot in life. From his paintings, especially his landscape paintings, we can feel the void in Buddhism, the non-action of Taoism and the simplicity and elegance in Confucianism.’ Ba Da Shan Ren lived the life of a recluse.

Here are some of his paintings. Their beauty lies in their simplicity. 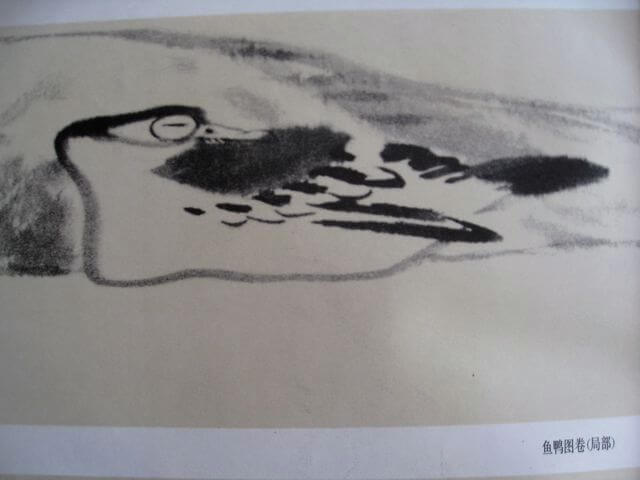