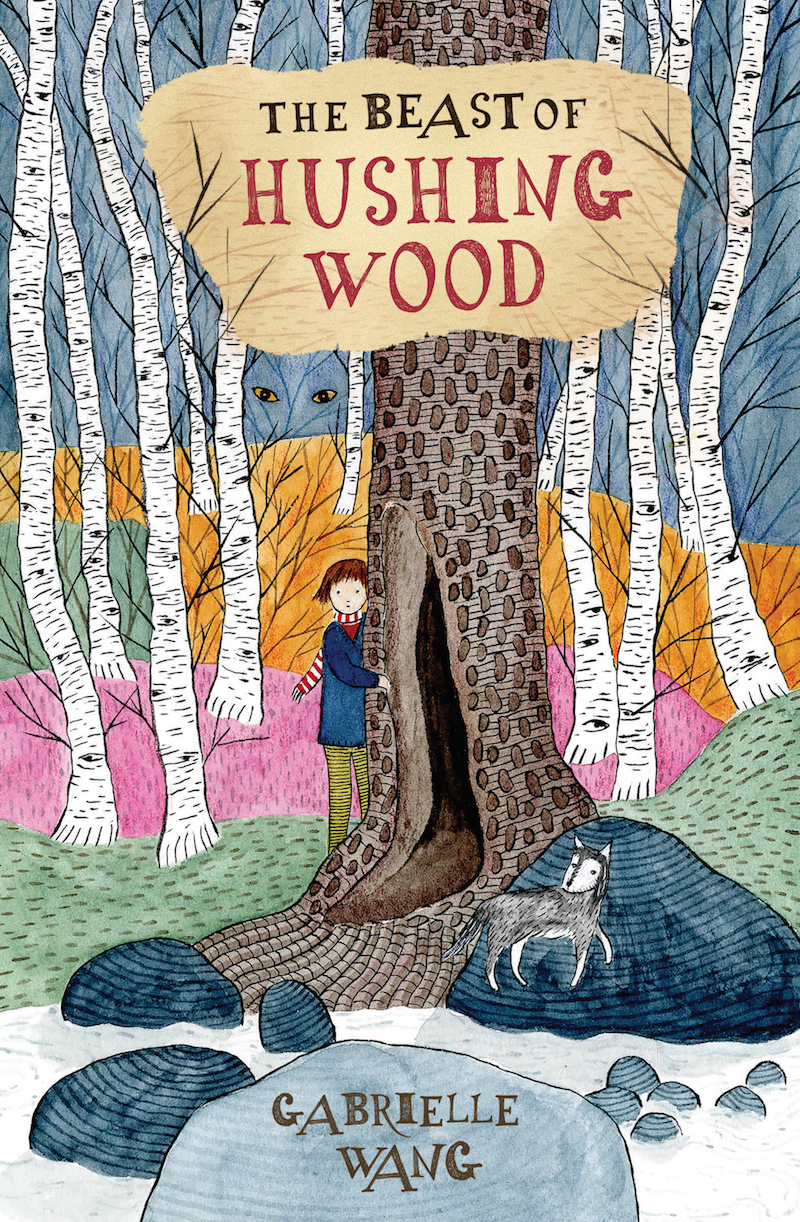 The Beast of Hushing Woods is set in a world that weaves together a variety of mythologies. Were there any particular myths or cultures that inspired the story?

A trip to Morocco planted the seed for this story. The landscape, the colours, the people so filled my imagination that I knew one day a novel would emerge. What I didn’t know, however, was when an idea would come.

Morocco is awash with tales of the jinn (or ‘djinn’). They are part of everyday life, and the rich and fascinating world of the jinn goes far beyond the ‘genie in the bottle’ trope. In earlier drafts of the novel, my jinn was a one-dimensional antagonist, just plain bad. But successive drafts revealed his back story and with it the reasons for his evil ways.

There are two main characters in the book—Ziggy Truegood and Raffi Tazi. Raffi is the outsider, the foreigner, feared by the small conservative town of Dell Hollow. Although Morocco is never mentioned in the novel, in my mind’s eye Raffi is a Moroccan boy.

Ziggy is a girl dealing with some major challenges. Do you feel a responsibility to balance the darker elements with lighter scenes when writing for children?

I’m not conscious of balancing dark scenes with lighter scenes and do not feel a responsibility to do so. The only given is a happy ending. After 16 novels perhaps the balance comes naturally.

Although my novels are written for children aged eight to 13, the stories are never simple plot-driven stories but deal with the problems that many children face: death, loss, bullying, family breakups, feelings of alienation, of being ‘the other.’ I never shy away from writing about the darker side of life. Novels can be powerful things. They have the ability to transport a child to another place and bring them back with renewed inner strength.

The novel is a mix of both the problems that might come out of small town life, combined with something more mystical. What appeals to you about writing in the magical realism genre?

Growing up as a Chinese-born Australian, I am fortunate to have two ways of looking at the world. There is the saying ‘seeing is believing’ but I think really it’s the other way around: what you believe is what you see. For example, the ancient Chinese belief that strange beasts existed in the mountains led to the classic Guideway Through Mountains and Seas (Shanhaijing) This book was written as a guide for travellers to safely navigate the areas these creatures inhabited. Europe had similar texts, as we know from Borges. Who’s to say that the ancients got it wrong? Maybe we have blinded ourselves to realms existing only an arms-length away, as it were. The Moroccans and many other nations certainly live that reality even today. So it is not so much that I choose to write in the magical realism genre, it is more true to say that this is how I experience the world.

You spent time in the Berkshire Woods in Massachusetts while working on the book, and it seems heavily influenced by this setting. Did Hushing Wood change before and after your time away?

Yes, it changed immensely. The early drafts for Hushing Wood lacked authenticity; the feeling of ‘the woods’ just did not emerge, because this type of landscape did not live inside me as do the forests, bush and scrub of Australia. When my publisher saw the first draft, she too was unable to get a sense of place. After some thought, it became clear that the only thing to do was find some woods, to live and breathe them.

I have a friend who lives in Williamstown, Massachusetts, with a house on a hill, a meadow in front and acres of woods around. I saw deer and a momma bear with her two cubs. There were humming birds and chipmunks. A groundhog lived under the house. Instead of eucalypts there were oak, birch, and sycamore. There were maple trees that bled real maple syrup.

I learned that if leaves turn over to reveal their silver undersides there will be a storm. I learned that the rows of holes on the trunk of a tree were made not by insects, but by woodpeckers. I dined in a log cabin by a stream full of brook trout. A tiny local school formed the backdrop for Dell Hollow Elementary.

Back home, I wrote about the woods with gusto. I now knew the animals, the smells, the sounds they made. I could write from the heart.

The book is also beautifully complemented by watercolour illustrations that you’ve drawn. Is a visual component a big part of your writing process?

I have always loved to draw and used to be a graphic designer. Later I lived in China and studied Chinese painting at an arts academy, both the fine-detailed painting called gong bi (‘labour brush’) and also the freer, more impressionistic landscape painting shan shui (‘mountain and water’). Being a highly visual person, when I sit down to write, the scene is as clear in my mind as if I’m watching a movie.

Once the story has been written and the novel is in its copy-edit stage, the illustration process begins. I go back through the story and look for scenes that inspire a painting. Brush and ink is the first stage, then watercolour.

What was the last book you read and loved?

I loved Patricia Highsmith’s Strangers on a Train (various imprints), which I just finished. The book is better than the film, which deviates greatly from the original toward the end. It’s a classic in noir fiction, a psychological crime thriller, as much driven by character as it is by plot. I highly recommend it if you enjoy this genre.