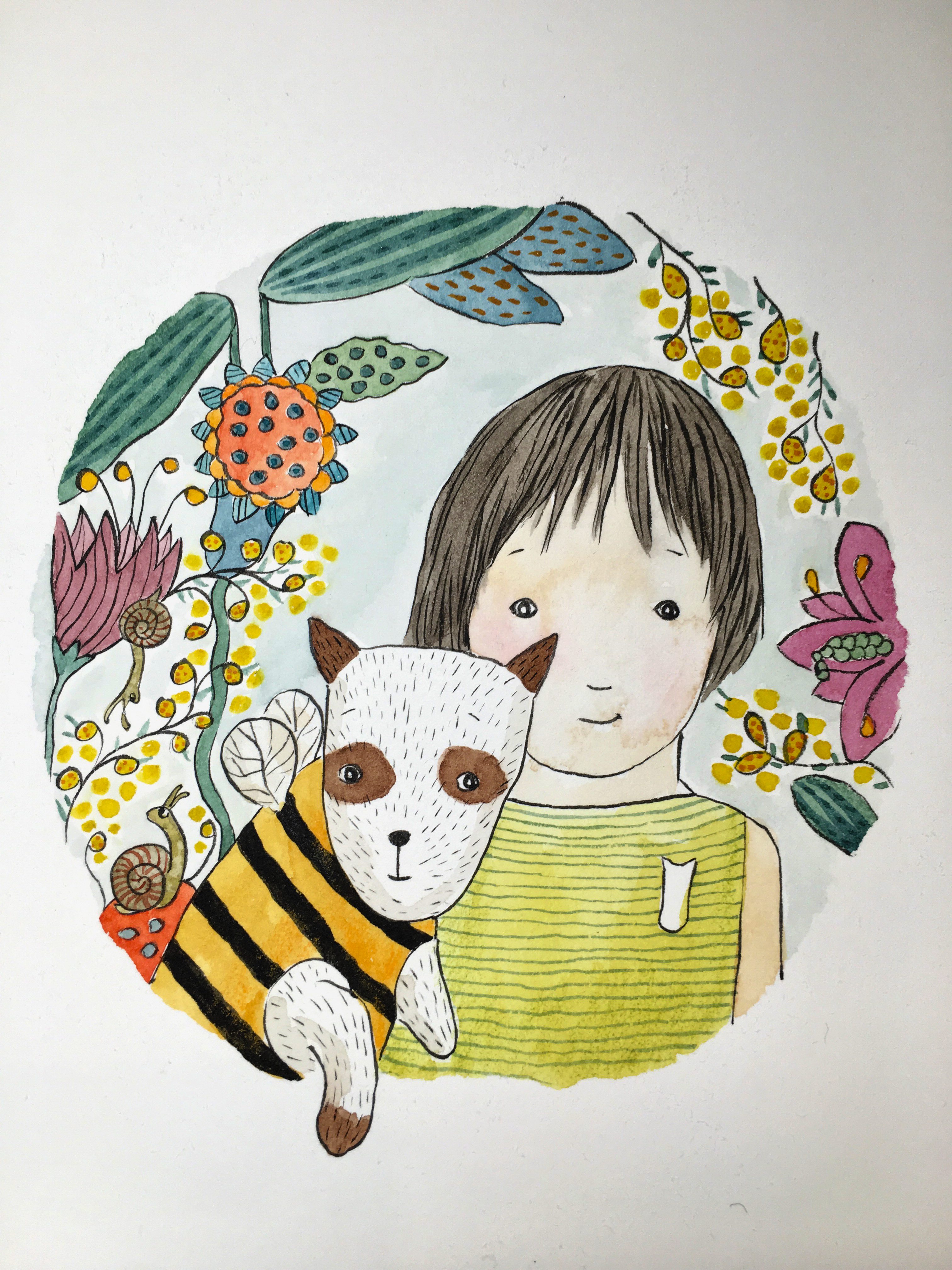 Varuna, the Writers’ House in the Blue Mountains has enveloped me in its magical mists once again.

Whenever I go on a writing retreat, I set myself a specific project. I know where I’ll start and I know what I want to achieve by the end of it.

For example, with my novel The Wishbird, I set myself the task of completing all the illustrations. This was easily achieved at Varuna. If I had been at home, the finished illustrations would have taken me six weeks to complete instead of just two. It’s the quiet, it’s the mountains, it’s the walking, the air, the knowing that other authors and illustrators are working in this beautiful shared space. It’s having your dinners cooked and not having to go shopping, and gathering with like minds at the end of the day to share the joys and heartaches of the creative life.

And so, this time as I set off on the journey from Melbourne to the Blue Mountains, I had in my suitcase a picture book with the working title The Runaway Zoo. I’d been grappling with the story for about 6 months. I knew there was something wrong with it, that it lacked a deeper meaning so I promised myself that I’d come away with all its problems solved. 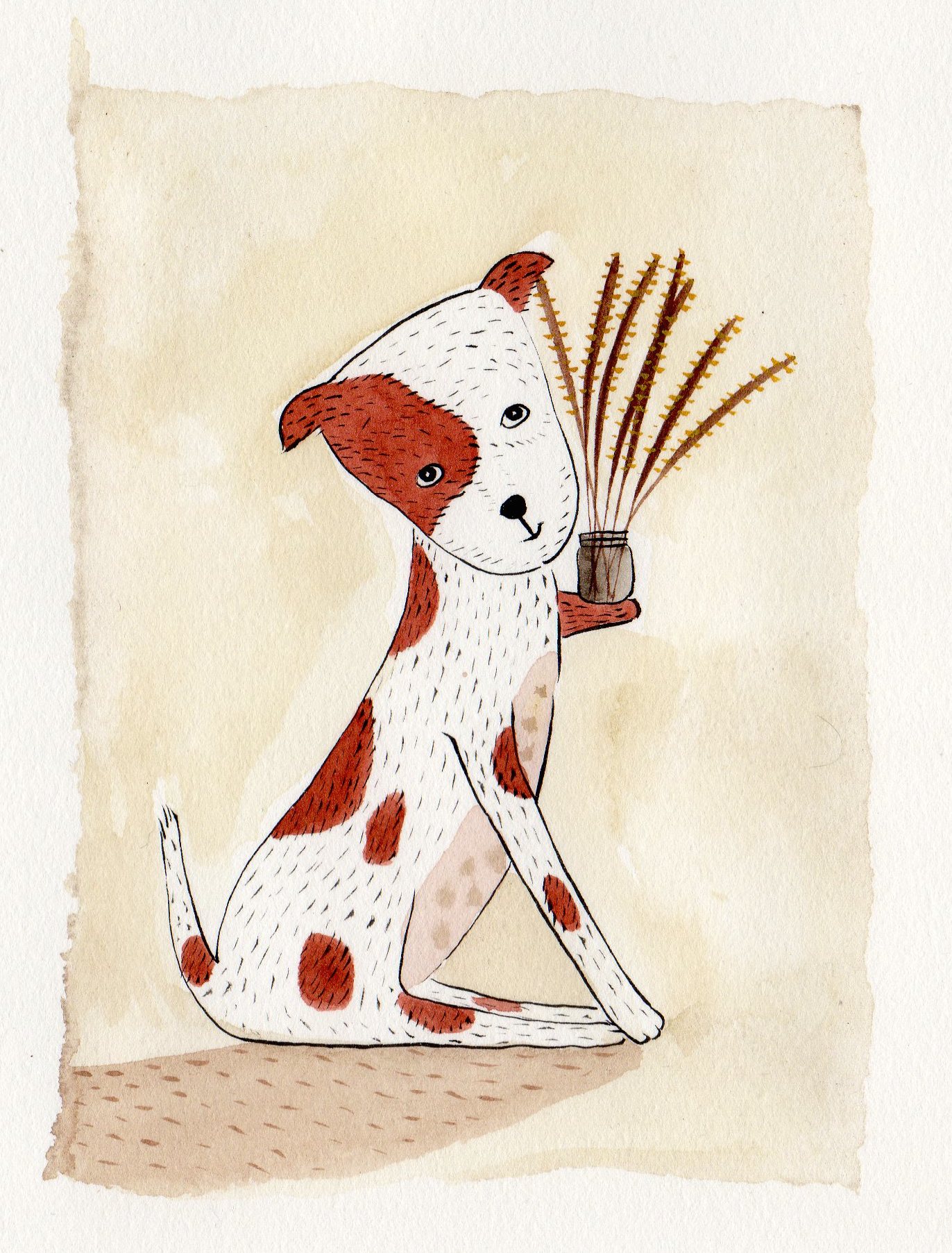 What happened instead was a whole new story starring my three-legged dog from The Runaway Zoo.

Uncovering a story usually takes a very long time but the magical mists were definitely at work.

On the first day in the mountains, I thought that my three-legged dog would look cute in a yellow and black stripy jumper so I painted him in my sketchbook. 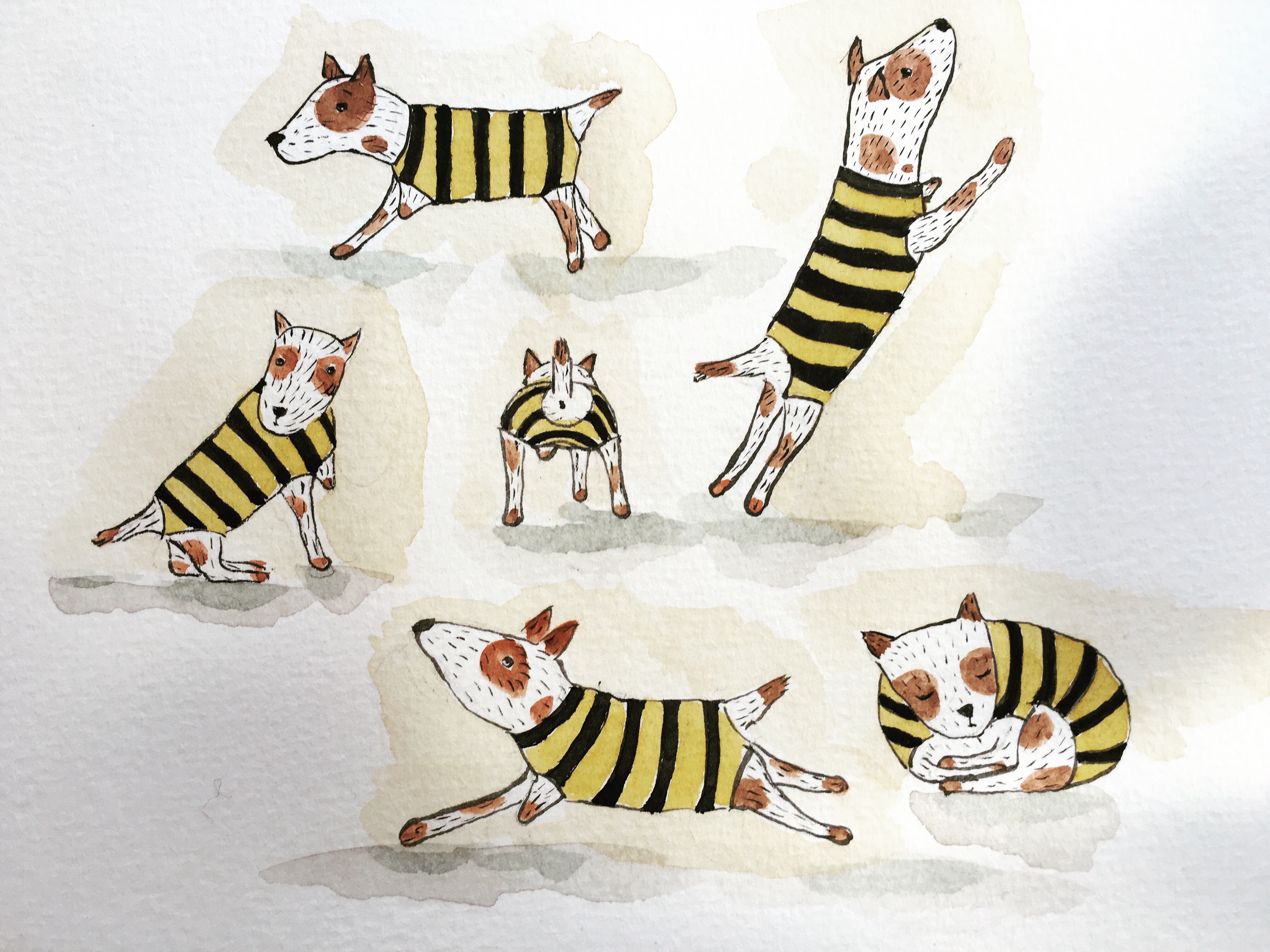 The next day I thought, what if I gave him wings. And so I painted wings on Little Bee and he was born. 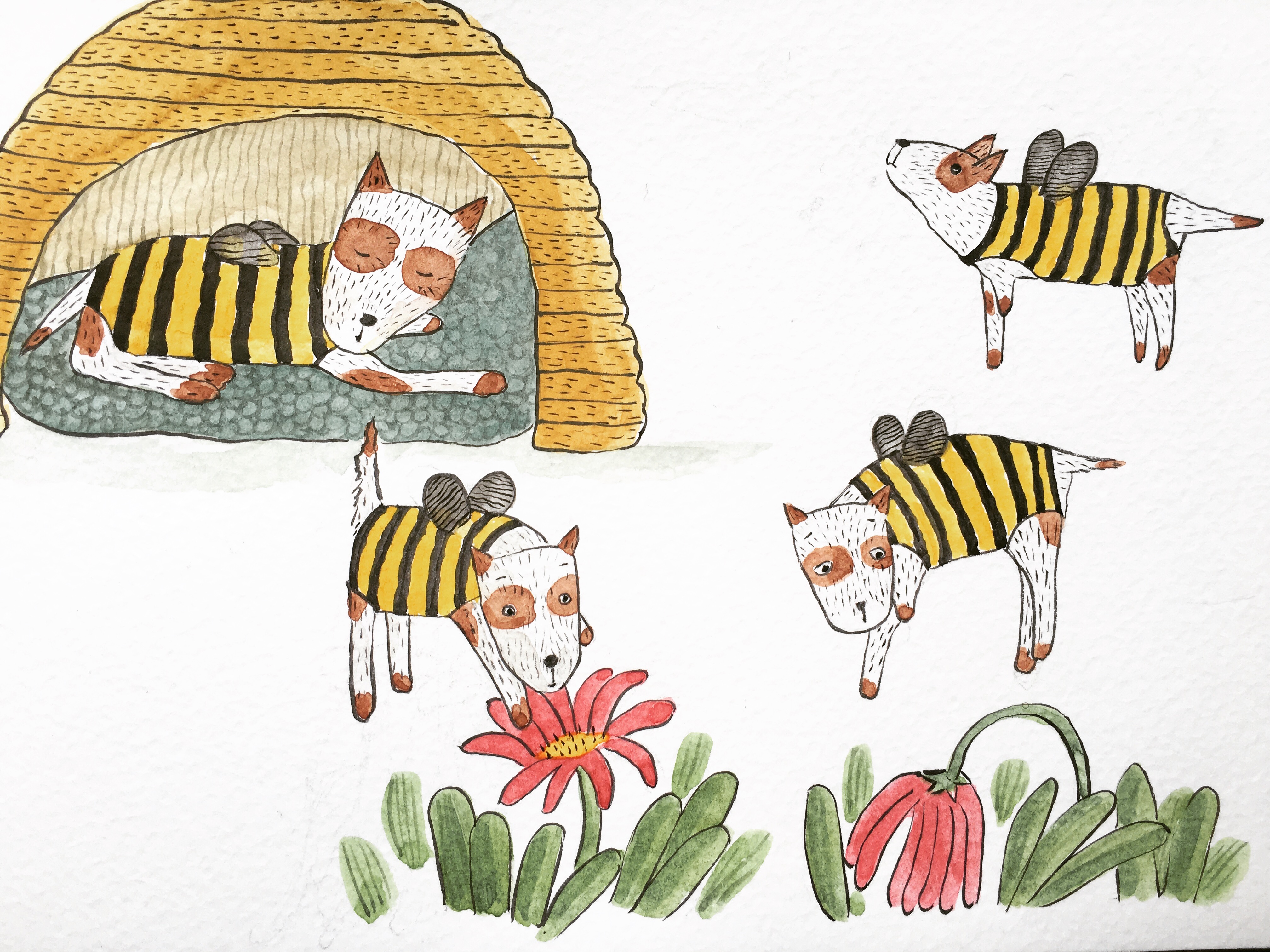 That same night, while lying in bed until 2am trying to get to sleep, the story came to me in a flash. I didn’t have pen or paper so I wrote it on my phone.

If only we could open this portal into the imagination at will.

So now, Little Bee is in the hands of my new literary agent, Jacinta Dimase. I am thrilled to be a part of her agency.

Who knows what lovely flower Little Bee will settle upon next.