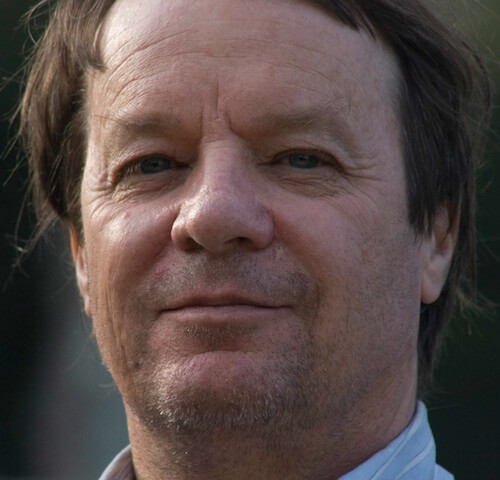 This is a weekly series of guest posts on How Writers Work. Ian Irvine gives us an insight into his writing process.

How did you get your first book published

I started writing my epic fantasy quartet The View from the Mirror in 1987, and began sending the first book, A Shadow on the Glass, to publishers two years later. I mainly sent it to publishers in the UK, plus a few in the US. Virtually no fantasy was being published in Australia at that time, except for the childrens market, because publishers in Australia preferred to import their big name authors from overseas rather than nurture local talent.

I always received encouraging rejection letters, which was positive, but the process was agonisingly slow  one publisher took 13 months to reply. However while I waited I was always doing a few more drafts, and over the seven years it took me to get a book deal, I served my writing apprenticeship and ended up with a far better series than I would have produced if Id been published sooner.

I never had a mentor, however in the mid-nineties I received some terrific editorial advice from Van Ikin, a lecturer at Uni of WA who had also been the Sydney Morning Heralds SF and fantasy reviewer for many years. By now the situation had changed in Australia and publishers were beginning to publish local authors. Van Ikin did a detailed analysis of A Shadow on the Glass for me, I rewrote the beginning to take account of his advice, and later received a publication offer from Penguin Books. The quartet was published in Australia in 1998-1999. Soon after, it sold to many other countries, and has been in print in Australia and the UK ever since.

Ive been a full-time writer since 2000, and Im currently finishing my 27th book. Many of these are epic fantasy in an 11-book series called The Three Worlds, of which The View from the Mirror is the first part. Ive also written a trilogy of thrillers about catastrophic climate change, Human Rites, and twelve books for younger readers.

This depends on how desperate my next deadline is and what my other commitments are. Im a marine scientist by training, an expert in contaminated sediments and what to do about them. Ive been running my own consulting business from home for 25 years, and still do some of this work, though I write more or less full-time these days.

Most days I get to my office about 7.30, attend to emails etc then settle down to begin writing. I write or edit until lunch time, sometimes a bit afterwards. Then I do some more routine stuff after lunch, have a walk or read a book for a while, or take a nap, then write till about 6 pm. After dinner I might do a bit more, e.g. write a blog post or respond to queries on my Facebook author page, or other office work related to writing.

But when Im working to a strong deadline Ill get to the office at 5.30 am and write furiously all day, then do a bit more in the evening if the house is empty, sometimes working 15 hour days for a couple of weeks. These are my most productive times and I find that I do my best writing in these furious bursts, because Im always in the zone. What writing requires most, I find, is long periods of uninterrupted time. Its very difficult to write with constant interruptions. 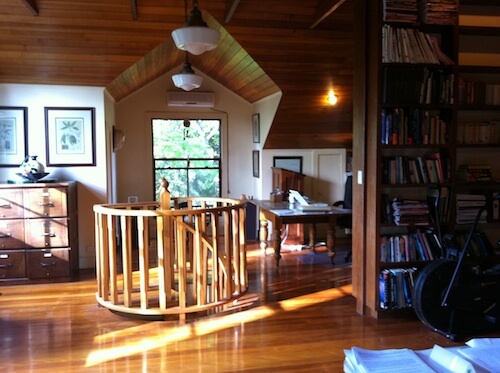 This is my writing space, looking from the consulting side of my office, where I mainly do scientific work, towards the writing side where Ive written the great majority of my books. Twenty years ago I designed this space to be my perfect office, and almost all of my writing has been done here since. I live in the country, so its a very peaceful place.

My latest book is The Desperate Dwarf, the third book of my humorous adventure series for children called Grim and Grimmer. Its about Useless Ike, who is bottom of the class, hopeless at sport and cant do anything right. In the first chapter Ike is expelled from school, which is the catalyst for all his adventures. He resolves that hes not going to be Useless Ike any longer. Hes going to make something of himself.

Ike is well-meaning and good-hearted, but hes always going off half-cocked and getting everyone into even worse trouble. He touches a magnificent pen and hears a girl crying out for help, then Ike draws a door on the wall with the magical pen and finds himself in the land of Wychwold.

Within ten minutes hes accidentally betrayed a princess to the Fey Queen, Emajicka. Then Ike is caught and chained to a guard imp called Nuckl, who wants to eat his liver. With the aid of a thief girl, Mellie, Ike escapes and they set out to rescue the princess.

But the Fey Queen is stealing the children of Grimmery for her Collection. She bathes in their nightmares to relieve her own, and there is one nightmare she wants most of all  Ike’s. Emajicka will spend much of the next three books trying to get it, while Ike is trying to stop her, and save Grimmery.

However he never gives up. Ike keeps trying and by the end of the story, though sheer, admirable determination, he not only transforms himself but is the hero who has saved Grimmery. 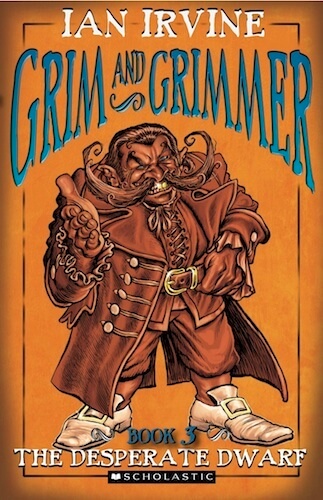