Thirty years ago psychotherapist and author Pat Williams, asked a number of high achievers if there had been any stories that were their favourites in childhood.

I was wondering if there was one which had unusually beguiled them, teased their imaginations, haunted them in some way, showed them what they wanted or needed; a story which had penetrated them so deeply that it might even have lit steps towards their future achievements. To my surprise, the 25 people I questioned knew instantly what their story was.

When a story is very special to a child, it seems to cast a long, discernible shadow into the future. If the story inspires a child, it tends to be predictive of an element noticeable in his or her later life. If it consistently and abnormally terrifies, then there is a strong possiblility that it is diagnostic of serious future trouble. I notice too, that most of these stories make their impact when a child is about eight years old.

I was thinking about the stories that had a strong impact on my childhood when I was around eight years of age and the ones that immediately come to mind are The Faraway Tree and the Secret Seven books.

I wasn’t the type of child who gobbled up loads of books or read under the bedcovers at night, for I was a very slow reader. I loved books yet found reading difficult. But when I did find one that captured my imagination, I read it with delicious intensity again and again and again.

I loved The Faraway Tree books because the words on the page filled my imagination with wonderful images of strange lands. But more than that, the stars of the show, Peter, Janet, Jack, Colin, George, Pam and Barbara were ordinary children just like me.

The same thing applied to the Secret Seven. Here too, were ordinary suburban kids who solved mysteries in the local area. And thats exactly what my best friend, Wendy and I did. Or thought we did. We were the Secret Seven. We formed a secret club and held meetings in the woodshed in my backyard. I even had a golden cocker spaniel just like Scamper. We were tomboys and proud of it and we scoured the neighbourhood in search of mystery and adventure. 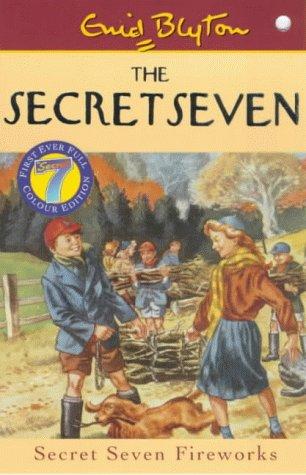 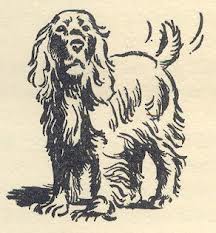 I became a writer almost by accident and didn’t discover my love of words until much later in life. What the Blyton books did do though was to influence the type of books that I would one day write – adventure stories set in an ordinary world where magic is possible.

Every child I have known, myself included, is well aware that huge other worlds, and their many landscapes, lie behind the phenomena of daily life. They long for the maps, implicit in metaphor and story, which can help them navigate in the linked worlds within, and outside, themselves. The forward shadows exercise has served to reinforce my understanding that, on the one hand, stories nourish, sustain, illuminate and heal and, on the other, that they can spotlight psychological weakness and forewarn of future difficulty. So we must tell them and tell them and tell them.

As an adult I am still aware of those other huge worlds that overlap what we call the ‘real’ world. I know they exist. I have experienced them. I am still a child, a teenager. These states exist in the ‘now’.

They exist in all of us.