Poppy and the Thief 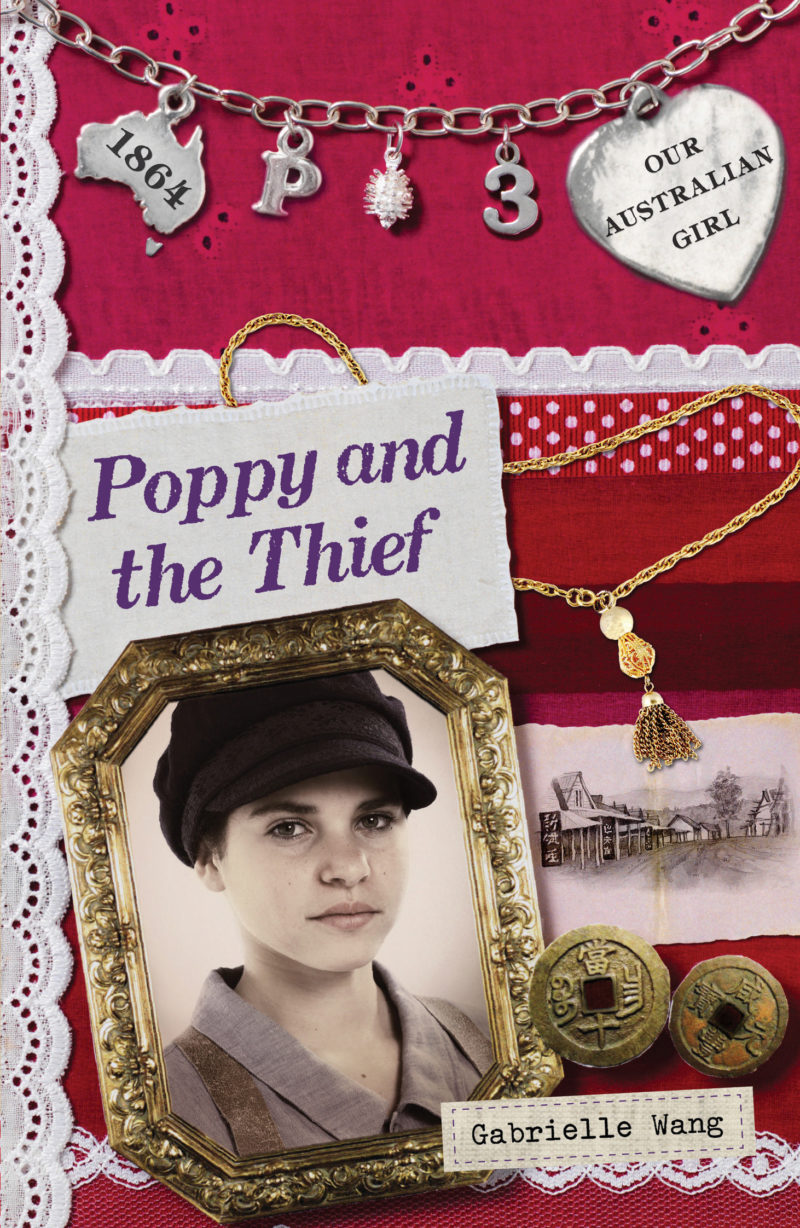 My great grandfather came to Australia from China in the mid 1850’s when he was 18 years old. He was from the district of Xin Hui in Guangzhou province. Nobody knows what he did in his early years in Australia but we do know that he later settled in Wahgunyah, a town on the Victorian side of the Murray River.

Wahgunyah is much smaller than it used to be. Most people today have only heard of Corowa, which is across the bridge on the NSW side of the Murray. But in the 1850s and 60s up until the rail link connected Melbourne, the town was the busiest upstream paddlesteamer port on the Murray. The paddlesteamers used to carry supplies to the squatters and the diggers in the goldfields.

I have never met my great grandfather and don’t know what he looked like, so I had to make up a lot about his personality when I added him as a character in Poppy and the Thief. He must have been clever and brave though because as well as owning a general store in Wahgunyah, he also took teams of bullock wagons out into the bush for months at a time, clearing land for the settlers. The wineries in the area around Wahgunyah, Rutherglen and Beechworth that still produce wine today were cleared by my great grandfather. For more information go to http://www.murrayriver.com.au/wahgunyah/

Here is a photo of his wife, my great grandmother. She is the older lady sitting in the middle. Surrounding her are her sons, daughters-in-law and grandchildren. My mum is the cute little girl fourth from the right.

My great grandmother came from China when she was in her early twenties. In those days it was common practice to have a matchmaker arrange a marriage for you. When my great grandfather decided to get married, he sent for a bride from China. He was already quite an old man so I think my great grandmother was very brave to sail all the way to Australia, which took about 4 months by boat, to marry a man who not only was old enough to be her father, but whom she had never met before.

My great grandfather and great grandmother lived in Wahgunyah and their children went to Wahgunyah Primary School. Later, he took his family back to China where he died soon after.

This display in the centre of Wahgunyah shows its history and mentions my great grandfather, Ah Kew Chen as being one of the early pioneers. It says:

“Among the miners and traders who came to the Wahgunyah district were Chinese immigrants. Many remained after the goldrush and were organised by Ah Kew Chen, a well respected leader, into contract teams clearing properties and planting vineyards.”

Wahgunyah is also known for its role in Federation.

‘When a man who comes here from Victoria is regarded as a foreigner and a woman who goes to Wahgunyah treated as a smuggler, liable to be stuck up by a policeman and customs officer, it is time some change was made.’

Changes were made and John Foord’s settlement of North Wahgunyah became known as the Birthplace of Federation.”